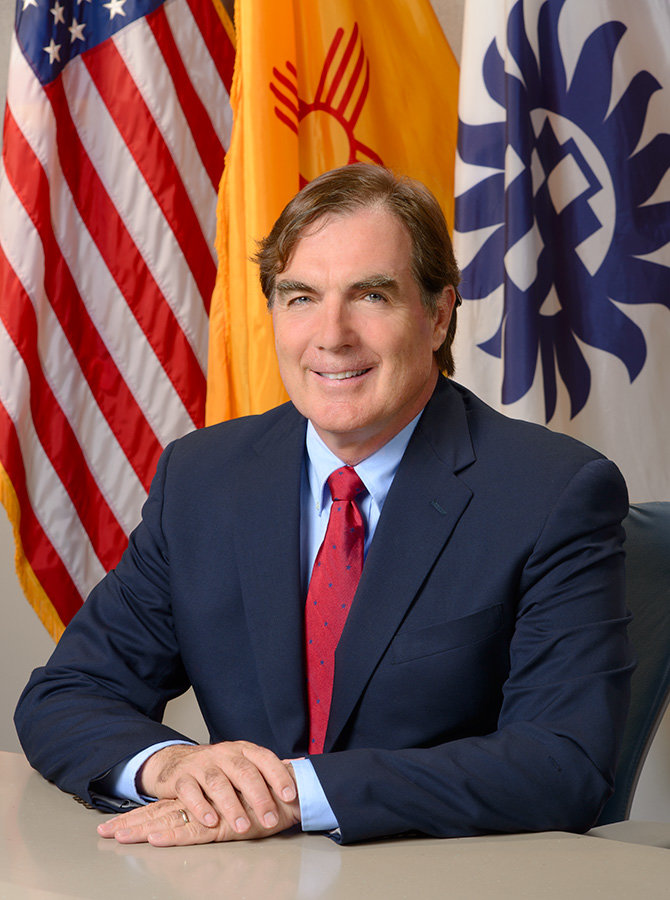 “I have new directions to go and I’m excited by that,” outgoing Las Cruces City Councilor Greg Smith said in a Dec. 4 interview.

Smith gave up the council seat he has held for the last eight years to run for mayor, and said he has no regrets about that decision, even though he didn’t win.

“I do think I had strong support in the community,” Smith said. “The (political) party thing came more into play than I expected.”

Smith also remains a proponent of ranked-choice voting (RCV), which was used for the first time in this year’s municipal elections. With 10 candidates, the mayor’s race went nine rounds (Smith was eliminated after round seven) before incumbent Ken Miyagishima was declared the winner.

“[RCV] empowers voters,” Smith said, adding that it “increases civility in the campaign and gives voters a real choice,” while enhancing the prospects of increased turnout and encouraging voters to make more informed choices.

He conceded, however, that because this was the first time RCV was utilized in a Las Cruces election, voters may have been confused by the large number of candidates in the mayor’s race and about the impact of the votes they cast for their second-, third- and additional ranked choices in the race.

Smith recommended the city consider requiring a designated number of signatures of registered voters on candidates’ petitions to reduce the number of candidates by eliminating those who don’t have broad enough support to make a credible run.

When his term ends Dec. 31, Smith said he intends to use the experience he gained on the city council to “pursue other things in the community,” including starting a nonprofit called I3 – Innovative Infill Initiatives – to address vacant, abandoned and underused properties throughout the city.

Developing these properties as affordable housing, walkable neighborhoods and community hubs is “part of exciting things coming to Las Cruces,” he said, adding that addressing blighted properties is an important way to “help us look ready for prime time [while addressing the city’s] history, culture and sense of community.”

He said Amador Proximo – the multi-use neighborhood located north of Amador Avenue, east of Valley Drive, south of Hadley Avenue and west of the railroad tracks – is an ideal area for an I3 approach. Its 50-plus acres include historic cotton gins and warehouses and an iconic water tower, as well as MacArthur Elementary School, Mesilla Valley Community of Hope and the Gospel Rescue Mission, along with a number of businesses, Branigan Park, Las Cruces Fire Station No. 3 and residential neighborhoods.

The city council has adopted a blueprint to guide the development of Amador Proximo, which is “just waiting for something to happen,” Smith said, adding that the area contains “a whole segment of our history,” and could become home to affordable housing units and possibly even tiny homes for military veterans struggling with homelessness, along with a first-responders monument and artist spaces.

Areas similar to Amador Proximo – in cities like Waco, Texas, and Monterrey, California – have become “industrial chic,” Smith said. “Everybody wants to go there.”

“I’ve always had a fascination with historic structures,” said Smith, who sponsored “Old Post Office Day,” which the city council proclaimed as Dec. 16 in honor of the city’s old post office building that opened downtown in 1919 and served as a federal courthouse and district, magistrate and municipal court. It will soon be the new home of the city’s Museum of Art.

Preservation of the city’s iconic and historic properties is important, he said, because “it helps you know where you came from. It helps tell the story of your place. It’s part of the genetic material that makes you who you are.”

The community, Smith said, “can use that as a foundation for going forward.”

The council’s support for public art during his two terms, as well as construction of Plaza de Las Cruces, improvements at MVCH, the city’s 911 call center and the upcoming children’s museum are milestones Smith called particularly gratifying.

Smith’s advice to incoming council members Tessa Stuve and Johana Bencomo: “Recognize that you have been elected by a certain number of voters, but your obligation is to everyone in your district and beyond that, the whole city.” He said council members should be well-versed in the city charter and state law, especially the Open Meetings Act and the state’s Anti-Donation Clause.

“It was a great honor to serve,” Smith said. “I really appreciate being able to represent District 2 and see things happen that were beneficial to District 2 and the city.”