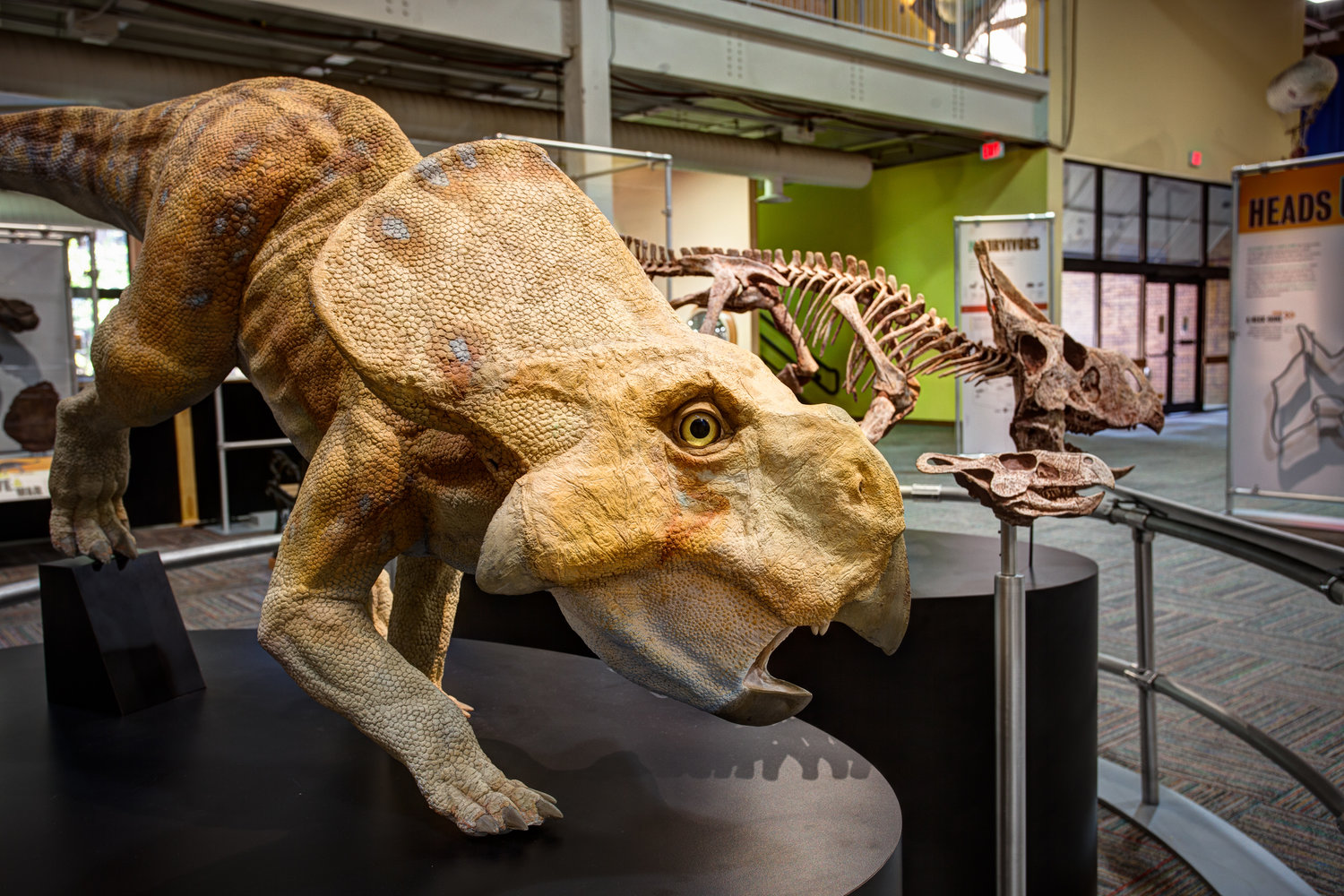 Beginning Jan. 25, the Las Cruces Museum of Art will present “Dinosaur Discoveries: Ancient Fossils, New Ideas,” an engaging exhibition that will reveal a vivid picture of what living, breathing dinosaurs were really like.

The exhibition introduces how current thinking about dinosaur biology has changed over the past two decades and highlights current research by scientists from the American Museum of Natural History and other leading paleontologists around the world.

The exhibition examines in great detail recent scientific sleuthing and the array of investigative tools — from bioengineering computer software to CT scans — used by modern scientists to reinterpret many of the most persistent and puzzling mysteries of dinosaurs: what they looked like, how they behaved and how they moved.

“This exhibition illustrates how scientists are using new ideas, new discoveries and new technologies to revolutionize our understanding of dinosaurs,” said Mark A. Norell, curator of Dinosaur Discoveries and Chair and Macaulay Curator of the Division of Paleontology at the American Museum of Natural History. “Our work reaches across many disciplines involving paleontologists, biomechanical engineers, paleobotanists and others to showcase how we go about reconstructing the mysterious life of dinosaurs.”

In “How Dinosaurs Moved,” biomechanical studies of dinosaur movement are explored, and it features the different movement styles of Tyrannosaurus rex and Apatosaurus.

“The Liaoning Forest” is a diorama depicting a section of a 130-million-year old forest in China that has changed scientific thinking about dinosaur evolution.

“How Dinosaurs Behaved” reconsiders the purposes of horns, frills, crests and domes on many dinosaur skulls, asking if they were used for defense, mate recognition, or display.

“Extinction” presents the evidence for theories concerning the end of the dinosaur age, including asteroid impact, global climate change and massive volcanic eruptions.