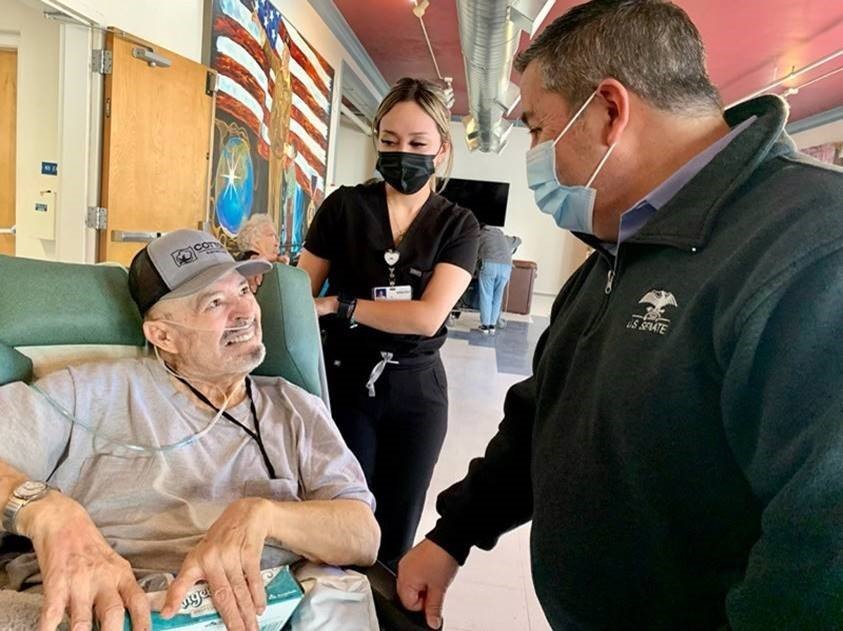 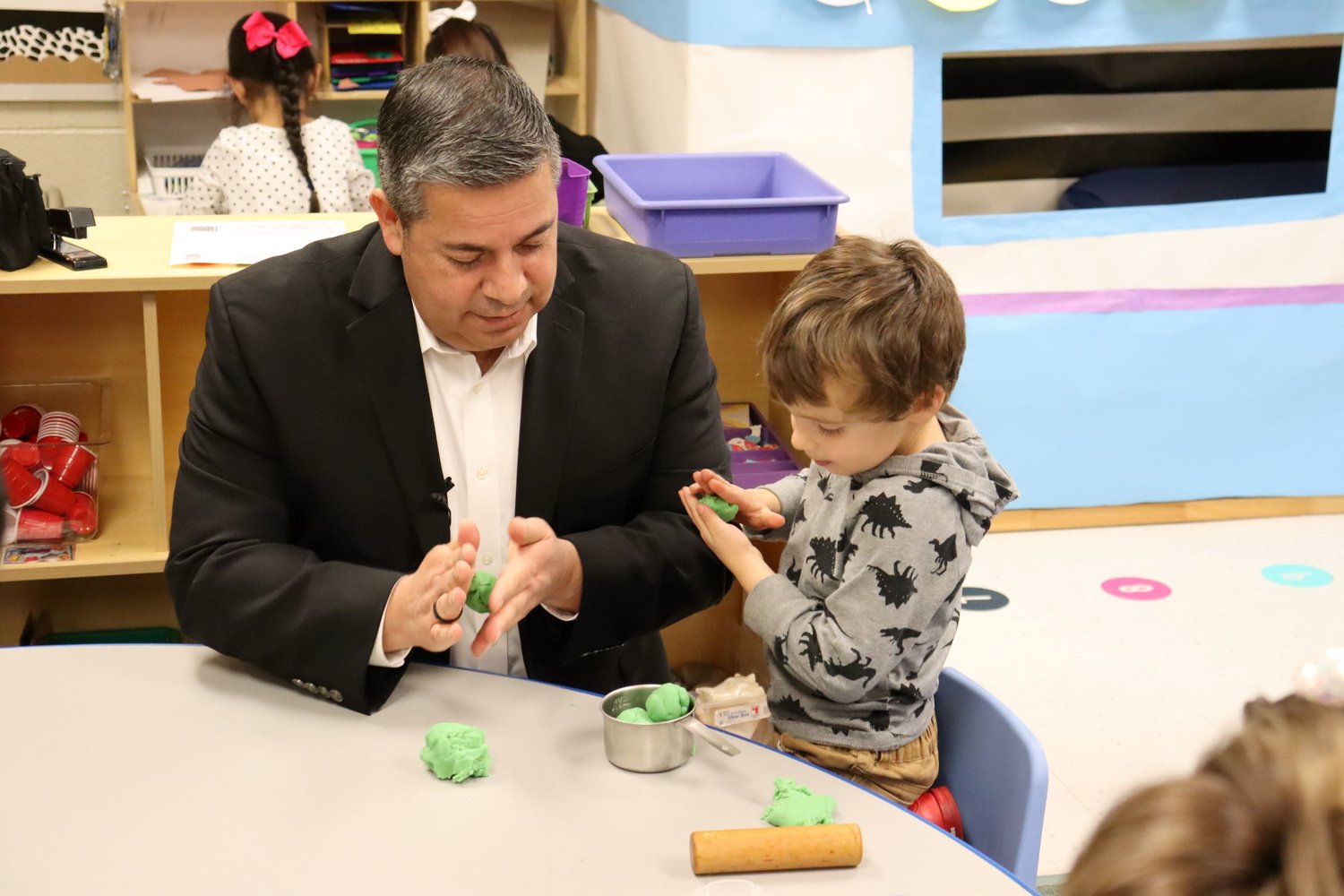 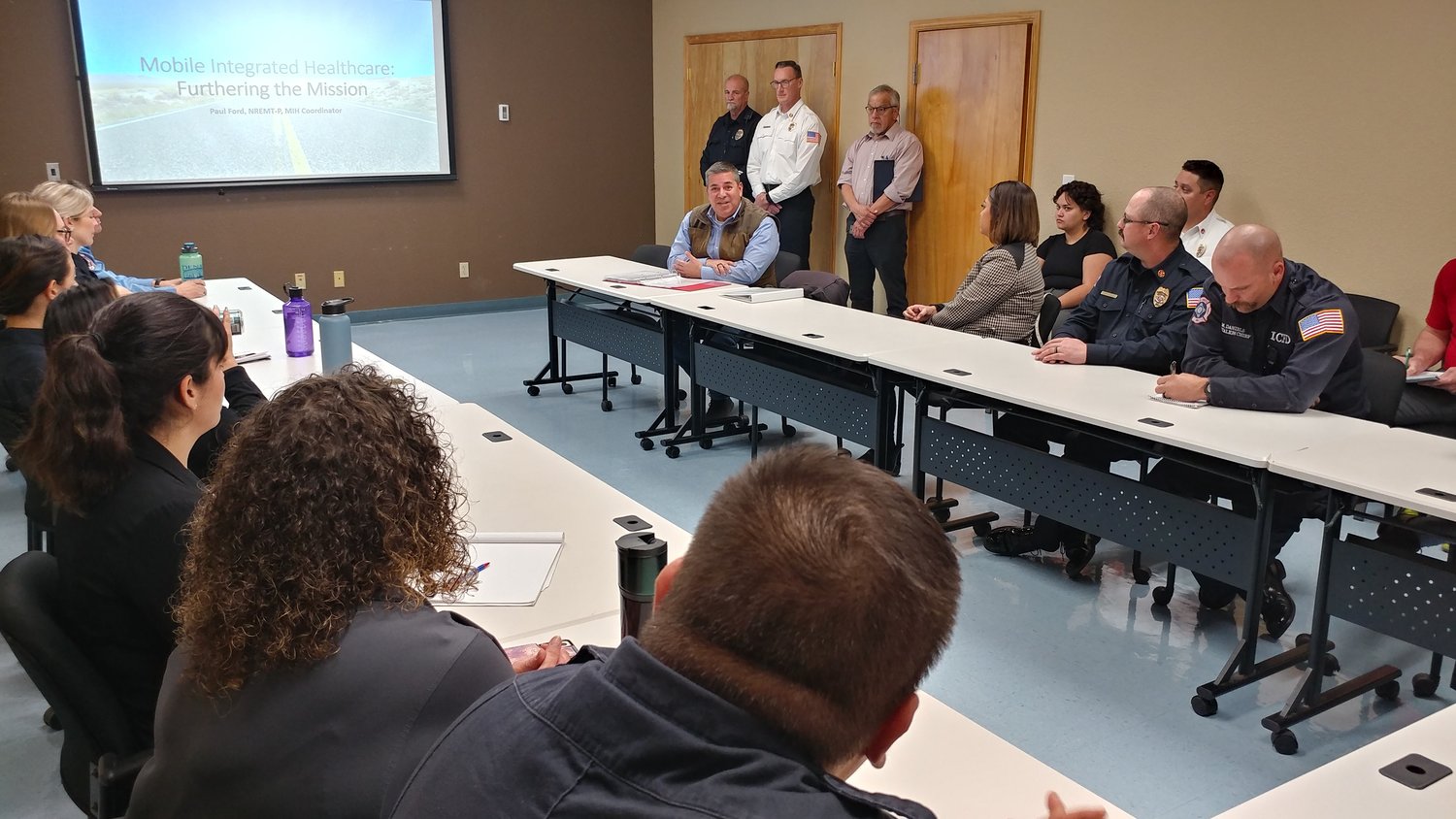 LCFD’s Mobile Integrated Health (MIH) is “a program I’m really excited about,” Lujan told Las Cruces Fire Chief Jason Smith, firefighters, social workers and the media as he got an update on the program from Smith and MIH Coordinator Paul Ford.

Lujan, who suffered a stroke at his Nambe, New Mexico, home in January 2022, said the emergency services he received in route to a hospital in Santa Fe “saved my life. You do that every day,” he told the Las Cruces firefighters and EMTs.

“The work they did on me (in the mobile unit) is part of the reason I’m here today,” Lujan said.

Ford said MIH was created in 2016 to deal with the high volume of 911 calls LCFD was receiving from a small number of people who needed assistance with non-emergency issues but did not have access to other healthcare services.

“That personal touch; that’s what it’s all about,” said Las Cruces City Councilor Johana Bencomo, who participated in the Jan. 10 meeting.

“It’s amazing how much trust the community has in the Las Cruces Fire Department,” said social worker Allison Stoner, who joined MIH in 2021.

Ford said more than three-quarters of the people MIH serves are senior citizens with mobility issues who cannot afford the caregiver services they need, and people over age 55 who have a mobility-related disability. Most are in poverty, he said.

Graduates refer to clients who are “the most complicated, at-risk people” and have had “good health outcomes” as a result of MIH service, he said.

Ford said MIH will launch Project LIGHT (Lessen the Incidence of Grief, Harm and Trauma) in early 2023, which will provide teams of trauma-informed firefighter/paramedics and social workers dispatched to deal with behavioral health issues, suicide attempts and ideations, overdoses, welfare checks and CPRs in progress.

Operation BlueBird will continue to operate alongside Project LIGHT, Ford said, so MIH can collaborate with the police department on behavioral health referrals. He said OOO will transition to a “Narcan leave behind program” as part of the Project LIGHT response model.

MIH and programs like it “need more people on the ground providing services,” Lujan said.

He was at New Mexico State University Jan. 11 “to highlight $5.8 million secured for multiple projects” that involve NMSU, including agriculture and research, Lujan’s office said in a news release.