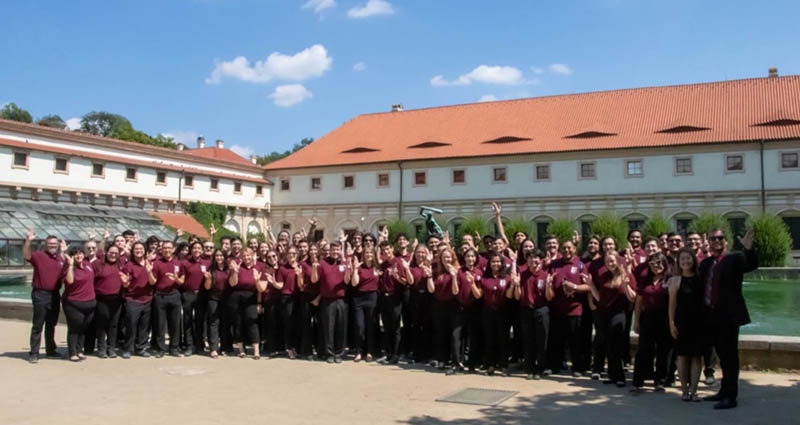 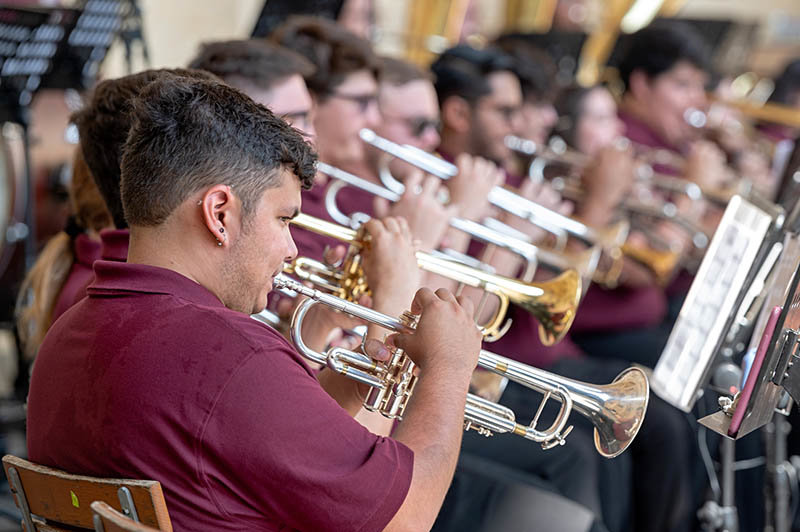 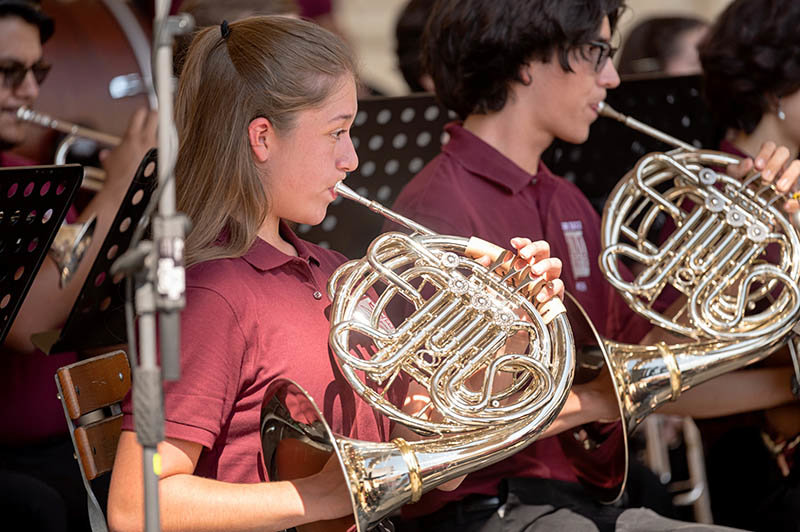 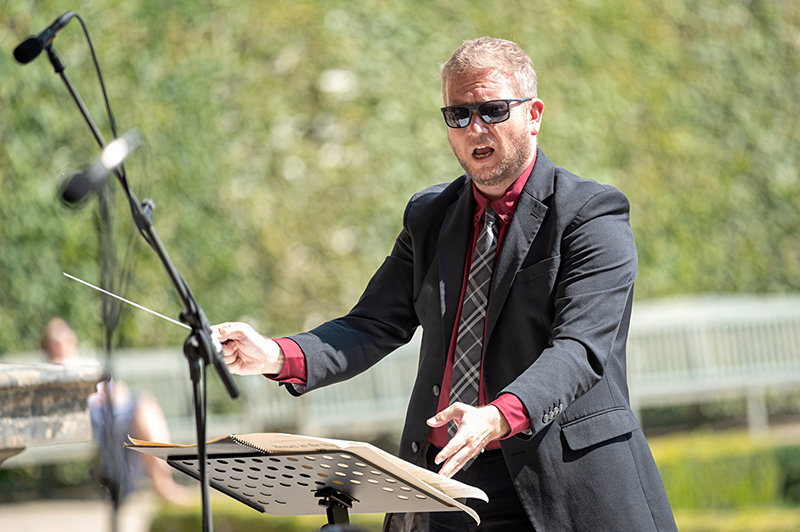 “It was great,” said NMSU Director of Bands Michael Mapp, Ph.D., who traveled with the students, along with his wife, Hyerim Mapp, Ph.D., a renown cellist; and Steve Smyth, Ph.D., NMSU’s associate director of bands.

Members of the NMSU Wind Symphony and other Aggie bands performed a one-hour concert July 22 for 400-600 people attending the World Association of Symphonic Bands and Ensembles (WASBE) Conference at Wallenstein Gardens in Prague, Mapp said.

NMSU was one of only a handful of bands from the United States invited to perform at the conference, and the only band from the western U.S., Mapp said. It was also the only U.S. band that performed music representative of the American West and the border region.

“Just getting to go” was the experience of a lifetime for many of the students, he said, some of whom had never traveled outside the Las Cruces-El Paso area before.

The students “performed well in front of people who will probably never hear them again,” Mapp said. “It was the only impression they will be able to leave of New Mexico, New Mexico State University and the United States. I was very proud of them.”

The NMSU group spent nine days in Prague. In addition to rehearsing and performing, they had time for sightseeing, sampling the local cuisine and learning about Prague, including its vital role in the creation of some of the world’s best love music by composers like Beethoven and Mozart.

The Aggies also got to hear music performed by bands from all over the world and see people from other countries performing their native music, Mapp said.

Mapp said the invitation to perform at the conference came after he submitted recordings of the NMSU Wind Symphony to WASBE in January. Multiple rehearsals were held throughout June and July to prepare for the performance, he said, and the band received more than $100,000 from the Associated Students of NMSU, which reduced each band students’ cost for the trip from about $1,800 to about $700, Mapp said.

“I was very impressed with the support from the student government,” he said.

That support meant NMSU band members traveling to Prague were able to benefit directly from the fees they and other students pay at NMSU, Mapp said.

“They will only spend so many years in the building,” he said, “but they’ll remember this the rest of their lives.”