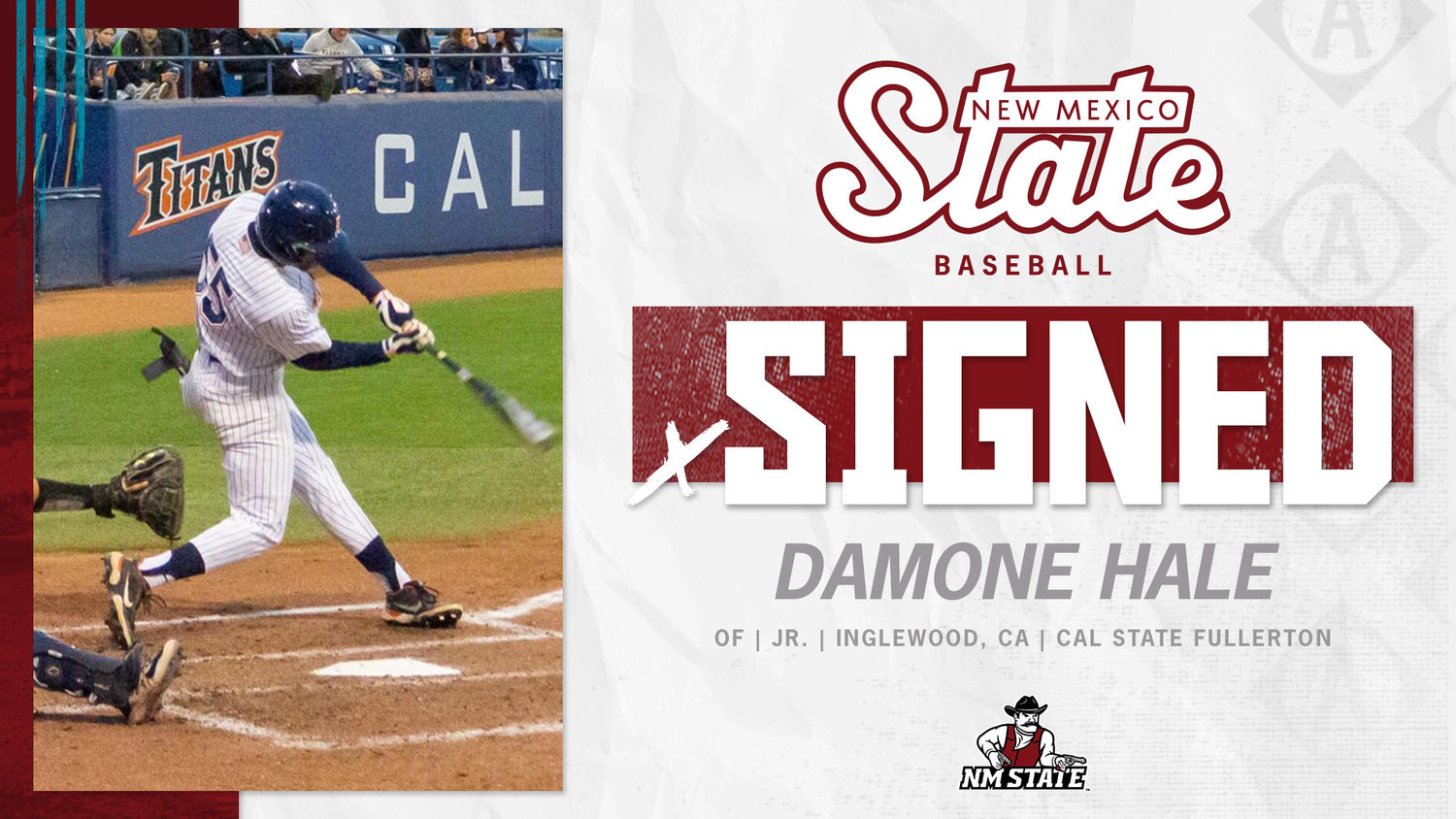 LAS CRUCES, N.M. – The California connection keeps getting stronger for NM State Baseball. Head coach Mike Kirby recently announced the signing of Damone Hale, a transfer from Cal State Fullerton. Much like Hale, Kirby has a tie to Cal State Fullerton, spending time in Fullerton as both a student-athlete and assistant coach.

As a junior for the Titans, Hale saw time in 23 games last season. In his first game at the Division I level, Hale went 4-5 at the plate against No. 6 Stanford. Picking up a double in each of his first two games, Hale got off to a red-hot start for the Titans. Between March 1 and 6, Hale recorded hits in four consecutive games.

Hale transferred to Cal State Fullerton from Yavapai College in Arizona. Starting in each of his first two seasons, Hale proved to be a dominant force at the junior college level. As a sophomore, the outfielder his .398 with 11 home runs and 45 runs batted in. Throughout his second season, Hale also established himself as an elite baserunner, swiping 34 bases.

Out of high school, Hale was ranked as the second-best outfielder in the state of California and 12th overall by Perfect Game. Throughout the nation, Perfect Game also had Hale pegged as the 64th overall prospect in the Class of 2019. A graduate of Junipero Serra High School in Gardena, California, Hale earned First Team All-Conference honors as a junior and a 2018 Perfect Game All-American his senior year.

Hale was also selected to compete in both the Perfect Game National Showcase at Tropicana Field in St. Petersburg, Florida and the Perfect Game All-American Classic at Petco Park in San Diego.