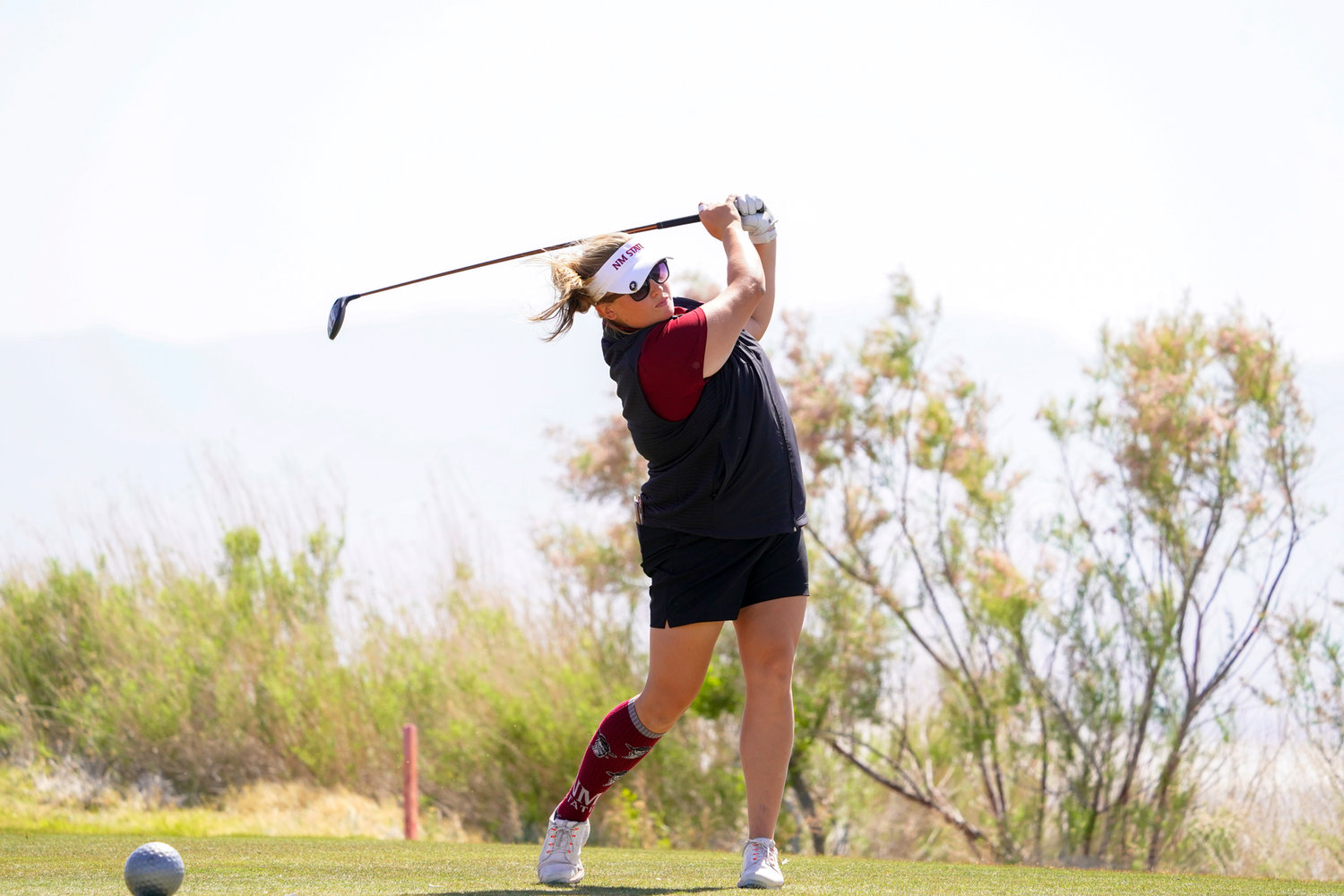 KERRVILLE, Texas  – Leading after the first 18 holes at the WAC Women’s Golf Championships, the NM State women’s golf team looked to expand upon its lead in the second day of competition. The Aggies edged further from Sam Houston and the remainder of the field, leading by six strokes after two rounds.

After two rounds, Amelia McKee and Alison Gastelum both remain in contention for the individual championship. The last Aggie to claim an individual title was Dominique Galloway, who shot a 214 (+1) in 2019 to earn the honors. After sharing the lead after round one, McKee and Gastelum both remain inside the top three competitors. McKee, a senior from Spring, Texas, sits just one shot back of the leader.