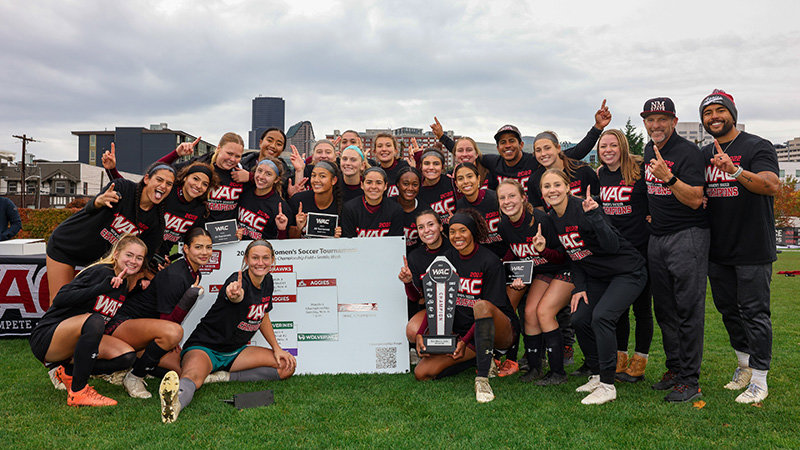 For the first time ever, NM State women’s soccer team can call themselves champions of the WAC, winning three straight games at the conference tournament in Seattle, earning an automatic bid to the NCAA soccer tournament, which starts Friday.

The Aggies clinched the title with a 1-0 victory over Utah Valley Oct. 6. NMSU beat Cal Baptist 1-0 Nov. 2, and Seattle 1-0 Nov. 4 in the first two rounds. Makenna Gottschalk and the Aggie defense did not allow a score the entire week. Gottschalk earned tournament MVP, with 15 saves in three games.

The Aggies will face Mississippi State in the first round of the 64-team NCAA tournament. The game will be 2 p.m. (MST) Friday, Nov. 11, at the MSU campus in Starkville, Mississippi.

NMSU enters the tournament on a six-game winning streak and a 13-4-3 overall record under head coach Rob Baarts, in his fifth season leading the Aggies.