Aggies in Utah to start second half of WAC play 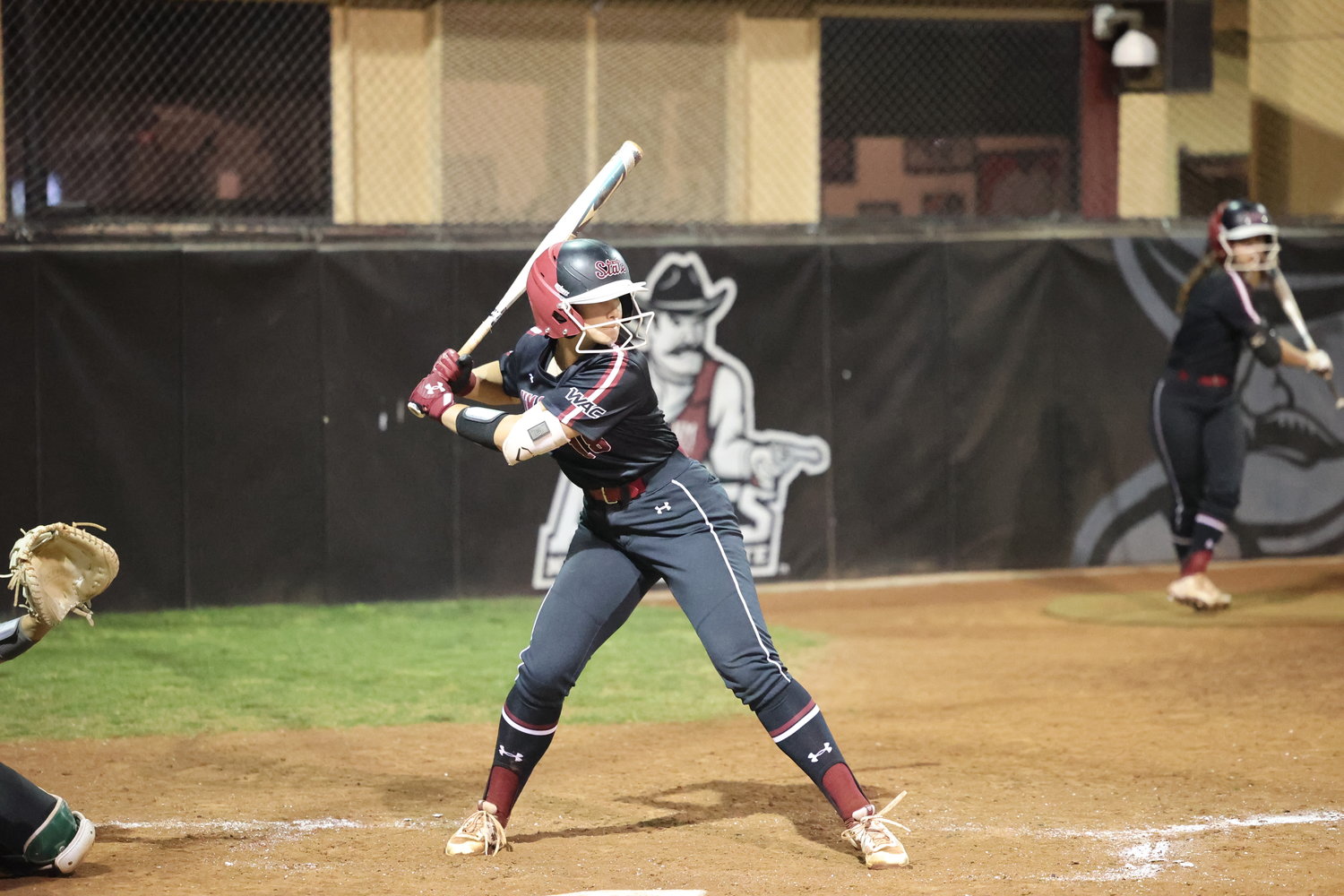 First Pitch
NM State starts the first of its back-to-back away series against Dixie State with game one of the doubleheader on Friday starting at 2 p.m. and game three of the series starting at noon on Saturday.

The Aggies are coming off a series loss in WAC play, losing two out of three games against Seattle U. In the Aggies' lone victory of the weekend, Jordin King registered the best outing of her young career - earning the complete-game win while striking out a career-high seven batters.

Additionally, four different Aggies turned in multi-hit games as Kayla Bowen, Maya Martinez, Paige Knight and Hannah Lindsay each recorded a pair of hits on Friday night. Carley and Knight paced the Aggies in RBIs as Carley knocked in a pair from the six spot in the lineup and Knight brought in two from the seven spot.

Where to Watch
The three-game tilt between the Aggies and the Trailblazers will be featured on the WAC Digital Network, fans able to tune into WACSports.com/watch and keep up with live stats of all three matches available on our website.

Legend in the Dugout
Kathy Rodolph has had a remarkable career as the head coach of the Aggies. In her 19th year at the helm, Rodolph is the winningest coach in NM State history with a 553-465 record. She's led the team to four WAC Tournament Championships and six WAC Regular Season Championships, including last season when the team went 14-4 in conference play. She is also a five-time WAC Coach of the Year. She has helped the Aggies capture the last eight WAC player of the year awards and back-to-back WAC Freshman of the year awards. Additionally, Rodolph has helped 17 players earn NFCA All-Regional Team honors.

Aggie Rundown
Prior to WAC play, the Aggies' struggles were somewhat reflective of the level of competition they faced as their schedule featured six games versus Power Five opponents, two teams ranked inside the top-25 and three squads that participated in the NCAA Softball Tournament one season ago.

In last weekend's series versus Seattle U, the Aggies were led at the plate by a four-hit weekend from Hannah Lindsay who tallied a team-high three RBIs and slashed .500/.500/.875 for the series.

Jordin King had the best showing of any Aggie pitchers as she finished with a complete-game win and maintained a 1.91 ERA across 11.0 innings.

Statistically Speaking
Jillian Taylor has become one of the WAC's top hitters as her batting average of .416 ranks second in the league. Taylor's hit streak finally came to a close after 19 games - tying her for the longest hit Aggie hit streak since 2007 when Amber Olive also went 19 games with a knock.

On the offensive side, Ramsay Lopez's performance at the plate has her among the league's best - ranking third in slugging percentage (.819) and second in home runs per game (0.33). She also places third in walks drawn (24), home runs (11), and on-base percentage (.492).

Through 12 games in conference play, the Aggies rank first in home runs (20) and second in slugging percentage against league opponents (.547).

Taylor on a Tear
Although her historic streak is over, sophomore utility player Jillian Taylor put together one of the hottest stretches NM State fans have seen in years.

She managed a 19-game hit streak that began on March 8, in a home game against I-10 rival UTEP. During her streak, she had six multi-hit games, five doubles and a trio of home runs.

In the 20 games this season in which Taylor has registered two at-bats or more, Taylor has only failed to tally a hit in two games.

After being in and out of the lineup for the first six games, Taylor has been a staple in the starting lineup since March 5. In 30 games this season, the Spokane, Wash., native has posted a batting average of .416 - a team-best among hitters with at least 30 at-bats.

Scouting Dixie State
The Trailblazers enter the series with an overall record of 13-24 with a 3-9 conference record. To open conference play, Dixie State defeated Utah Valley in its opening series but has since lost three consecutive series against WAC opponents. Two of those there were series sweeps, dropping three each to Seattle U and Grand Canyon.

Heading into their matchup with NM State, the Trailblazers rank fourth in the WAC in team batting average (.276), seventh in runs scored (159) and fourth in hits (288). On the pitching side, Dixie State holds the ninth-best team ERA (5.40), ranks sixth in strikeouts (172), and ninth in hits allowed (323).

The last meeting between the two teams came in 2021 as the Aggies defeated Dixie State 8-6 in St. George, Utah on April 24.