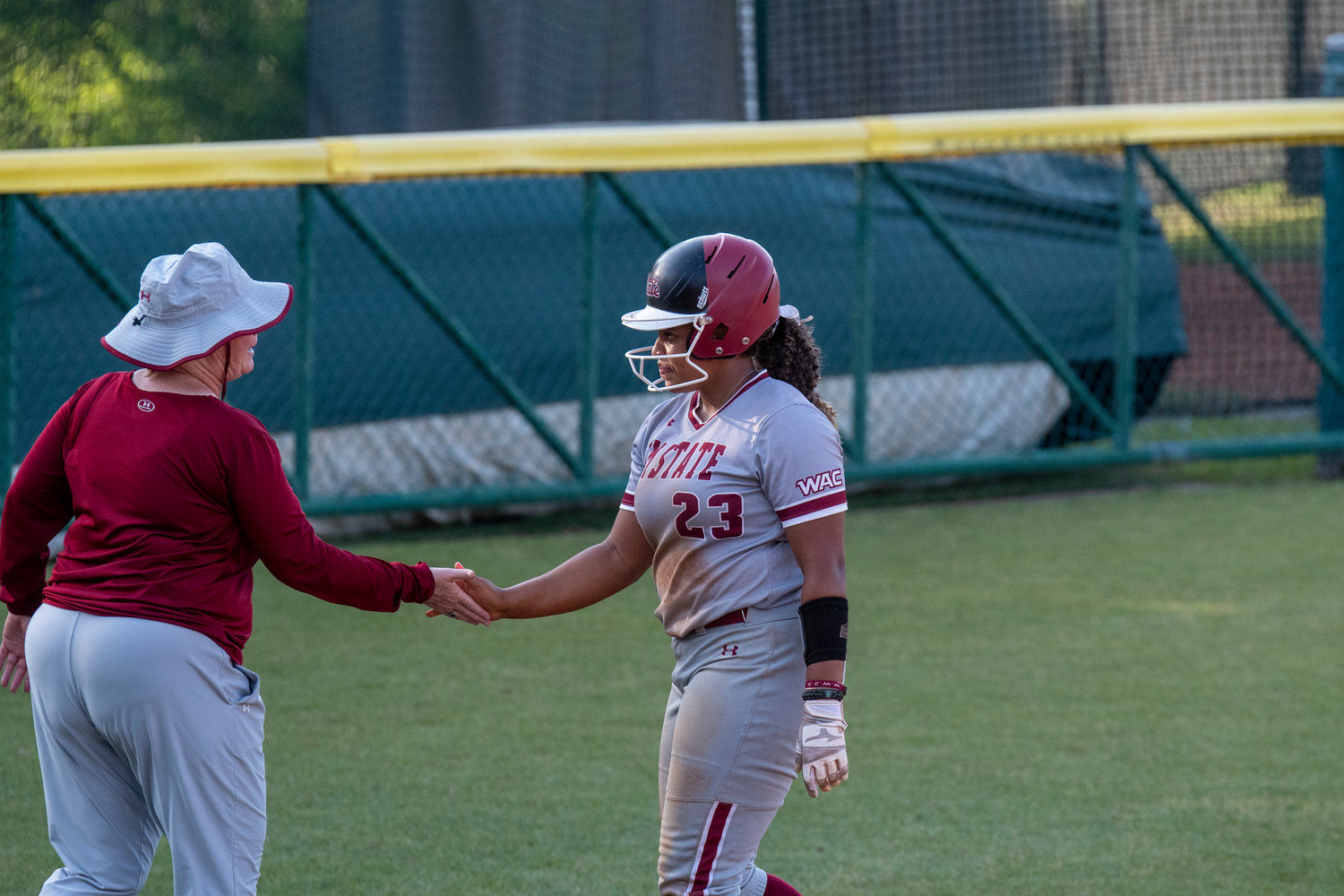 Freshman Laurali Patane got the ball to start for the Aggies while Stefanie Madrigal would be the pitcher of choice for the third-seeded Redhawks.

An early pitchers' duel would keep the Aggies scoreless through the first two innings, however, Madrigal would waiver in the third as NM State was able to load the bases thanks to a pair of walks and a single from Hailey Tanori. With the bases loaded, Kayla Bowen would remain patient and earned an RBI walk to put the Aggies up 1-0.

Seattle U would threaten again in the fourth as they put a runner on second with a leadoff double. Although, Patane stayed composed and got the next three out to leave the runner stranded at third.

The Aggies would immediately make the Redhawks pay for not taking advantage. With family in the stands, Paige Knight would kick off the next inning with a home run to double up the Aggie lead and give the home side a 2-0 lead entering the fifth inning.

Both sides would go three up, three down in the fifth to set the Aggies up with a two-run lead and in the need of just six outs.

Seattle U was finally able to push through in the top of the sixth as its leadoff hitter hit a home run to center field. The Redhawks would eventually bring across two more to take a one-run lead entering the bottom half.

Kathy Rodolph's squad came to the sixth with the energy it needed, getting a leadoff double from senior Kayla Bowen. Riley Carley would eventually step into the batter's box with two outs and Bowen still on second. She would face just one pitch and it would be a pitch she would like as she put it back up the middle to bring around Bowen and tie the game at three runs apiece.

After Jordin King held the Redhawks hitless in the seventh, the Aggies had yet another chance to create magic in the WAC Tournament. Madison Muxen got a slap hit to sit right in front of the catcher and allowed her to reach first safely. Later, Ramsay Lopez, who was the hero on Wednesday and Thursday, stepped into the box with a chance to win the game. Unfortunately, Seattle U's Carley Nance would earn the strikeout and the game would advance into extra innings.

In the eighth, a leadoff walk followed by a double from Lily Garcia gave the Redhawks a one run lead. They would eventually bring across a second run in the eighth off a second double.

The last chance for the Aggies started with a five-pitch walk for Kayla Bowen. However, a strikeout and a double play would ultimately be the final chapter of the Aggies' underdog story and season.