Next up: homecoming game 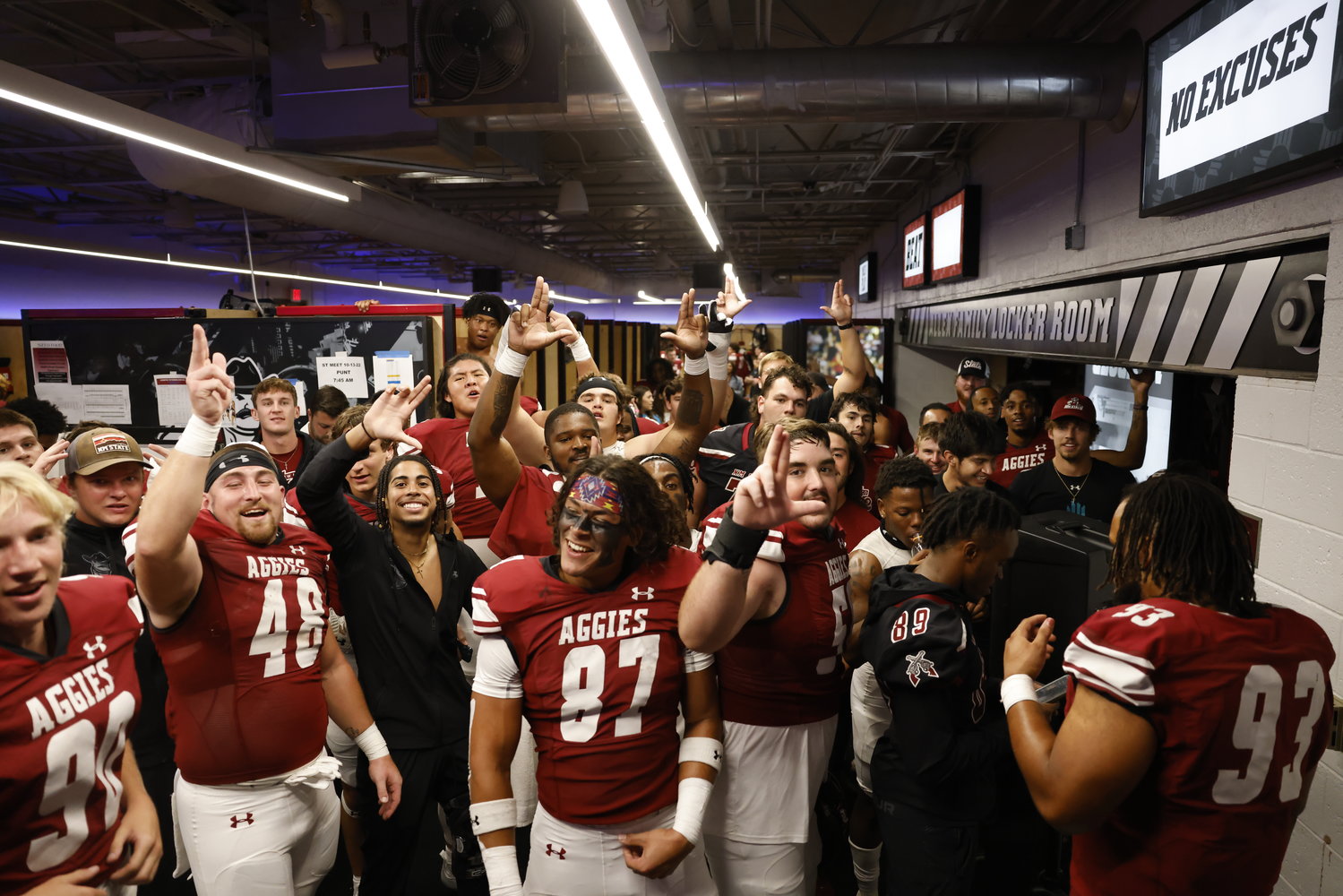 Football photo cutline: New Mexico State University’s Aggies celebrate after defeating the University of New Mexico 21-9 Oct. 15 in Aggie Memorial Stadium. It was the Aggies’ first defeat of the Lobos since 2017, and the first under new head coach Jerry Kill. The Aggies try to make it two in a row with a 4 p.m. kickoff Saturday, Oct. 22, for the Homecoming game against San Jose State.
NMSU photo
Posted Tuesday, October 18, 2022 9:53 am

After New Mexico State University’s second home victory of the season, a 21-9 defeat over the University of New Mexico, the Aggies will host San Jose State with a 4 p.m. kickoff at Aggie Memorial Stadium. The Aggies are now 2-4 on the season and it is Homecoming Weekend for NMSU.

San Jose State enters the game 4-2, after losing last weekend 17-10 on the road to Fresno State.

Against UNM, the Aggie defense held the Lobos without a touchdown, led by the monster linebacking duo of seniors Chris Ojoh and Trevor Brohard, who finished with 15 and 10 tackles, respectively.

Men’s Basketball: The NM State men’s basketball team was voted by coaches and media to finish second in the Western Athletic Conference for the 2022-23 season. Aggie guards Xavier Pinson and Deshawndre Washington were named to the pre-season All-WAC team

Women’s Soccer: The Aggie soccer team scored another shutout Oct. 15, defeating Sam Houston State 1-0 on the road to remain in second place in the Western Athletic Conference. The Aggies are 8-4-3 overall and 5-2-2 in the WAC, and don’t play again until Oct. 27 and 29 with road games against Grand Canyon and California Baptist.

Volleyball: The Aggies defeated Chicago State 3-0 Oct. 12 in the Pan American Center. The Aggies are now 11-7 on the season overall and 3-3 in conference play. NMSU hits the road this weekend, with an Oct. 20 match at California Baptist and an Oct. 22 match at Grand Canyon. NMSU has three home matches left in its season: Oct. 27, Nov. 10 and Nov. 12.