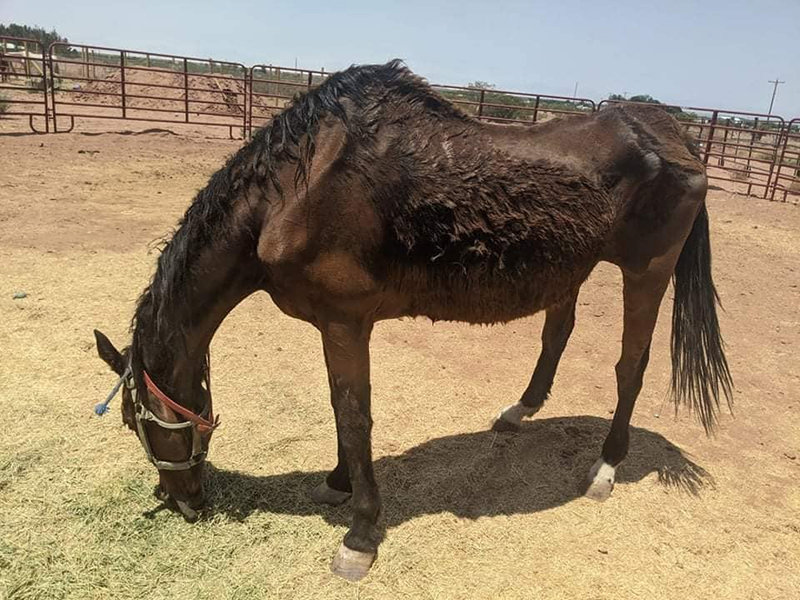 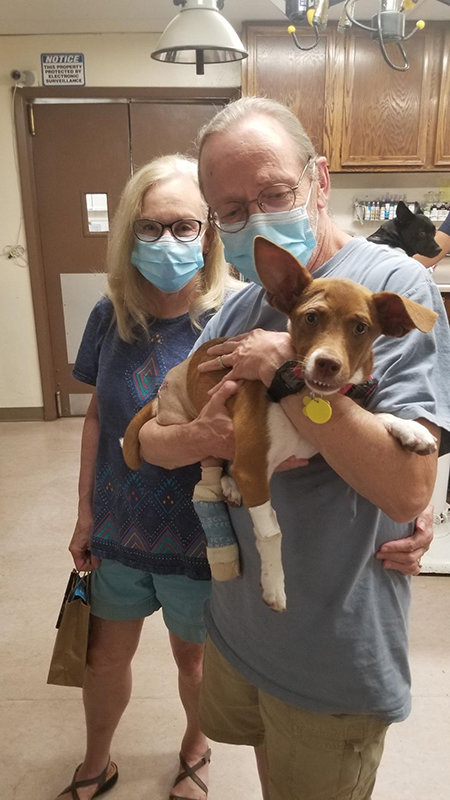 David and Ilene Steele with the Caris, the dog they fostered and adopted in Las Cruces.
Photo courtesy of David Steele

APNM, a nonprofit that includes retired college professor David Steele of Las Cruces as a board member, has been an advocate for animal rights since 1979.

“We work at all kinds of levels,” Jennings said, including education, direct services, advocacy and policy development, to “create a big tent for people … to make enduring change for animals.”

In 2021 alone, because of APNM’s work, the state awarded more than $200,000 for spay/neuter services in the state, Jennings said, with about half that amount went to providers in southern New Mexico.

After he retired from the faculty of Texas Tech University Health Sciences Center in El Paso, Steele wanted to “spend more time working on animal welfare issues,” he said. “I was looking for an animal organization to be part of that not only provided direct services to people and the animals they love, but also was working toward systemic change.”

Steele said he was “blown away by the vision and the effectiveness, the commitment” of APNM. When he got a phone call from APNM Board President Anne Coller to join the board in January, “I thought the issue over very carefully for about three seconds and said, ‘yes.’”

“We’re not only doing good in the moment, but we are really working to try to create an environment which is more humane and compassionate for all living beings,” he said. “That’s where my passions lie.”

APNM works on behalf of cats and dogs; horses, mules and donkeys; pigs, rabbits and chimpanzees; and all domesticated animals and wildlife APNM said.

“We get involved on a community level,” said APNM Chief Marketing and Communications Officer Jessi Princiotto.

APNM’s legislative arm, Animal Protection Voters (APV), funds and supports lobbying and legislative work on behalf of animals. One of its biggest wins was helping pass a bill during the 2020 New Mexico legislative session, that “provides a meaningful and sustainable source of funding for affordable, statewide spay/neuter services,” APNM said.

The nonprofit has helped pass “dozens and dozens of laws during the course of our history,” Jennings said. It has helped ban cockfighting in the state, along with horse tripping and the use of wildlife traps, snares and poison on New Mexico public lands. It also worked with legislators to make extreme cruelty to animals a fourth-degree felony.

During the 2023 legislative session, Jennings said APNM wants to address the need for better care for animals during natural and human-caused disasters; making bestiality a crime in New Mexico (Sexual abuse of animals “is related in many cases to sex crimes against children and other vulnerable populations,” Jennings said.); and continuing the fight against horse slaughtering.

Here are some of APNM’s most important components:

APNM also provides free training to animal control officers in rural communities around the state that can’t afford to provide it themselves.

“We are here to change the system to create a better situation for animals,” Jennings said. “When you make things better for animals you make them better for the people who care about animals as well. We make our communities safer; we make them stronger.”