As one major feature film wraps shooting in Mesilla, another starts in Las Cruces 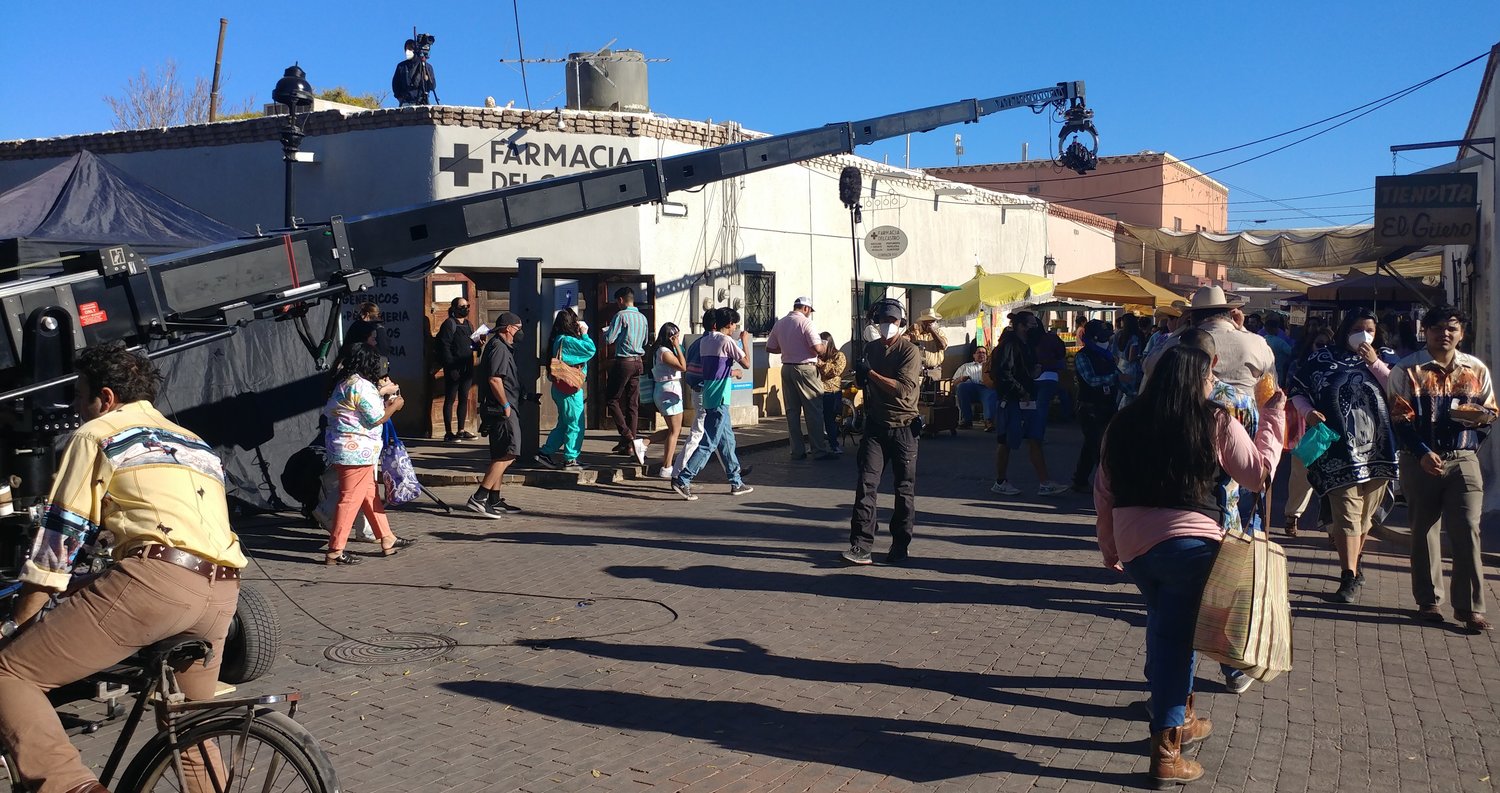 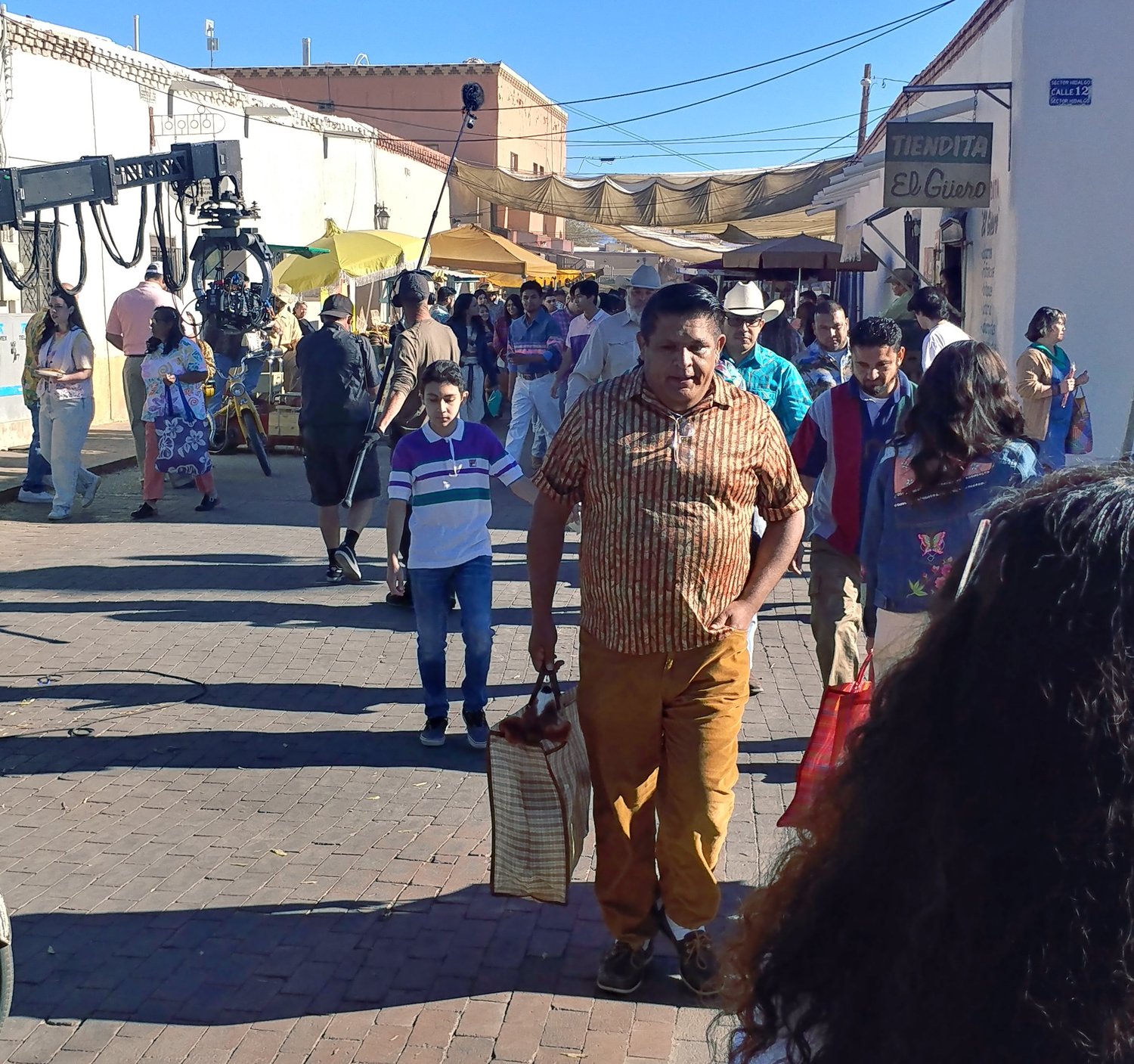 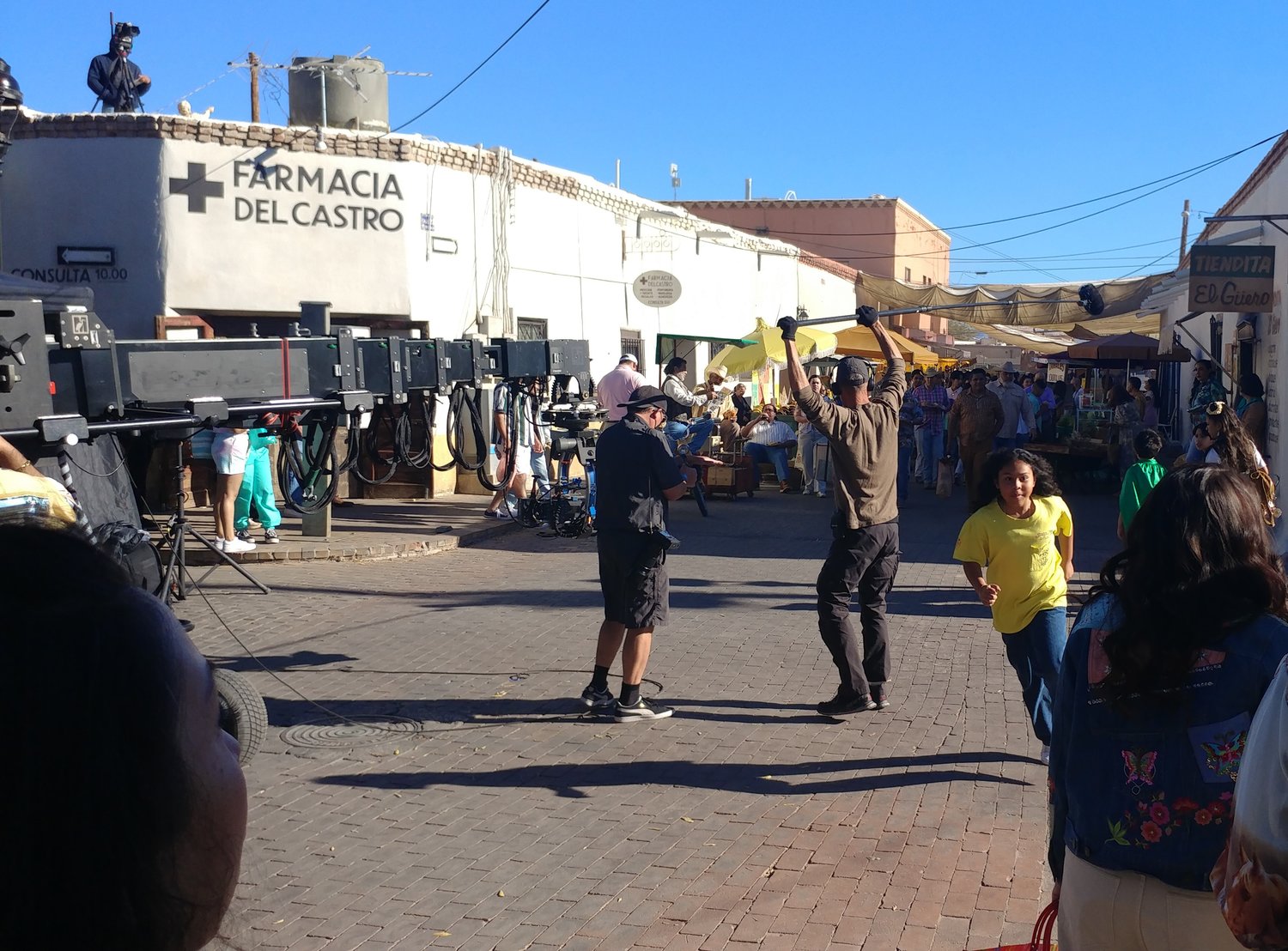 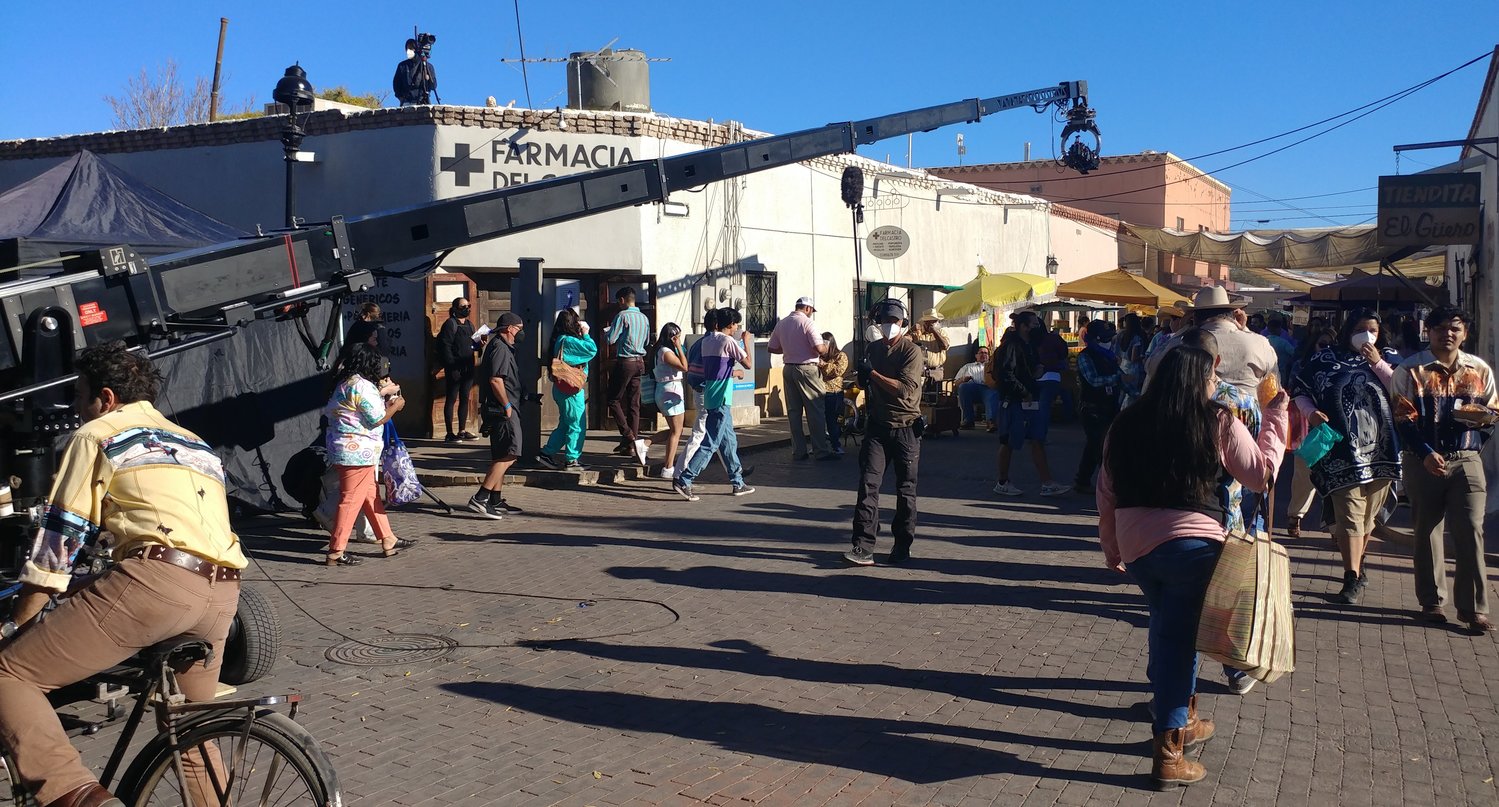 The movie “Chupa” was shot on location in Mesilla Nov. 10-12.
Bulletin photo by Mike Cook
Previous Next
Posted Thursday, November 18, 2021 9:23 am
Closed for Filming

The movies and the movie stars just keep coming.

Steinborn said about 750 paid extras likely will be hired for the four films.

Film producers and content production companies are “taking a shine to Las Cruces,” he said, and location scouts “know how special our locations are.”

In Las Cruces-Mesilla, the film generated more than 1,400 hotel nights and, on a Thursday, Nov. 11, shoot near the historic plaza, had 150 crew members and 160 extras in place.

The real food used in the market was donated to Casa de Peregrinos emergency food program, said publicist Claire Raskind, who was in Mesilla for the shoot. She also served as publicist for “Lord of the Rings.” Magazines and newspapers visible at a newsstand on the Mesilla Plaza were all created by the movie’s art department, Raskind said.

The film follows a teenager (Whitten) who, while visiting his family in Mexico, gains an unlikely companion when he discovers a mythical creature hiding on his grandfather’s ranch, NMFO said. To save him, Alex, and his cousins must embark on the adventure of a lifetime.

The increase in local movie production is due in part to the state’s 5 percent rebate for filmmakers who make movies in New Mexico but outside of Albuquerque and Santa Fe, said Steinborn, who was largely responsible for the bill passed by the New Mexico Legislature and signed into law by Gov. Michelle Lujan Grisham in 2019 that created the rebate.

“My passion is to create jobs for all these people who aspire to make a living in this field but have to go elsewhere when we have the DNA to be successful here,” Steinborn said.

The makers of “Chupa,” for example, picked Mesilla to finish the movie after scouting more than 15 locations in the state, Steinborn said, because it “had that look the director was looking for.”

“The movie follows Miller, an expert locksmith fresh out of prison after a job gone bad,” the news release said. “Back home, he tries to work his way back into the life of his daughter and his ex-girlfriend, Beth, who is now a police detective. Determined to make a clean start, he is forced to use the only skills he has as a gifted locksmith. But things soon get complicated after an unexpected kidnapping.

The film will be made entirely in Las Cruces and Doña Ana County and have an estimated $2 million direct spend into the local economy, Film Las Cruces said.

Citizens 18 years and older interested in working as paid non-speaking background actors should email their photo and contact information to jon@manowinespirits.com. Selected individuals will be required to show proof of Covid-19 vaccination.