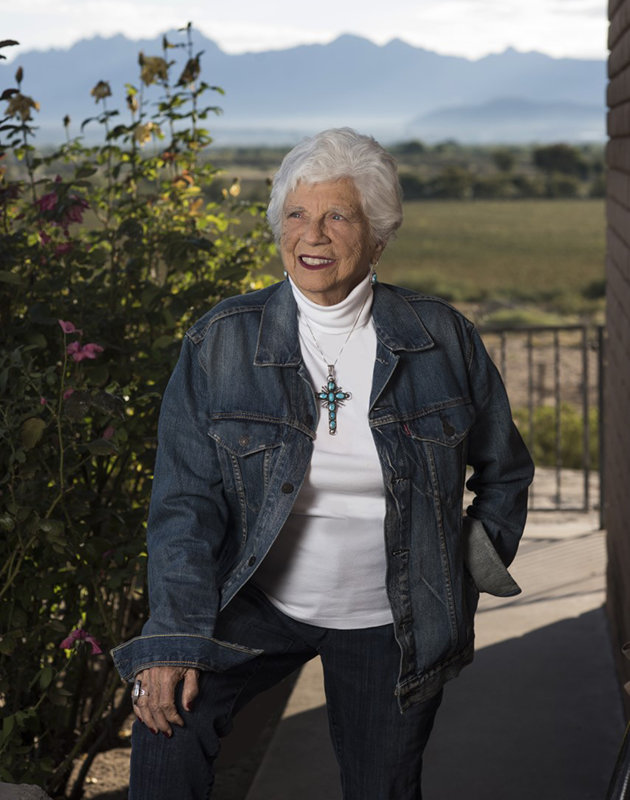 Barbara Hubbard, longtime director of special events at the Pan Am Center, turns 95 this year.
Photo by Mike McClean courtesy of NMSU 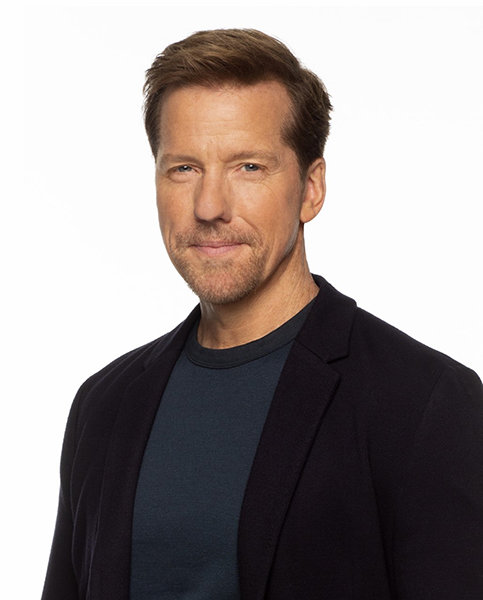 “Dunham was the winner of an American Collegiate Talent Showcase (ACTS) organized by Hubbard and continues to show his appreciation for her and the program,” NMSU said in a news release. In 2016, Dunham brought Hubbard on stage during his performance at the Pan Am Center and presented her a $25,000 check to support her ACTS Scholarship Fund.

“I am the luckiest woman on this planet that people like Jeff continue to remember what the ACTS Scholarship Fund is all about,” Hubbard said. “It makes everything I have tried to do completely worthwhile.”

Brennin Hunt, one of the stars of Fox’s “RENT Live” and the Broadway production of “Pretty Woman,” will also perform at the Oct. 19 event, NMSU said. Hunt, like so many others, attributes his success to Hubbard.

The event will begin with a cocktail reception and silent auction. Dinner and a special tribute to Hubbard will follow. Tickets are $100 or a table of 10 for $1,000. Sponsorships are also available.

Hubbard, who turned 95 in July, was director of special events at NMSU 1968-96 and is credited with bringing the first-ever concert to the Pan American Center.

In fact, Brooks’ World Tour sold out five shows and attracted more than 60,000 fans to Las Cruces over a three-day period in April 2017. Concertgoers from 47 states purchased tickets to the shows, and Hubbard’s legacy was cemented – if it was not already – as a pioneer in promotions and local tourism, VLC said.

Hubbard “is southern New Mexico’s icon,” Mayor Ken Miyagishima said when he presented Hubbard with the mayor’s distinguished service award, “in recognition of your commitment and dedication in helping to make Las Cruces a better community,” in May. “She put the Pan American Center on the nation’s map in addition to bringing a lot of great music to Las Cruces and the borderland.”

Among the honorary chairpeople of the event for Hubbard are Reba McEntire and Louis Messina, one of the top concert promoters in the U.S.

“Mother” Hubbard, a nickname given to her by Bob Hope because of her dedication to her students - her “kids” - is still a force to be reckoned with. Even as she starts her 95th year, she remains active in promoting concerts, mentoring, and providing student scholarship funds. She has generated over $750,000 in scholarship funds for NMSU students alone, where she continues teaching a Venue Management class. Additionally, she has provided scholarship funds for students in several other colleges and universities.

Her home is a museum. Every available wall space is filled with photos of Barbara and the legends of the entertainment business.

There’s Olivia Newton-John, Tony Bennett, Reba, Sir Paul, Tina Turner, Colonel Parker, Garth Brooks, and hundreds more. One of her favorites is a photo of the rock band KISS with her in full Kiss makeup.

Tickets to “95 and Very Much Alive” are available at www.acts4ever.com and at Ashley HomeStore, 3299 Del Rey Blvd.