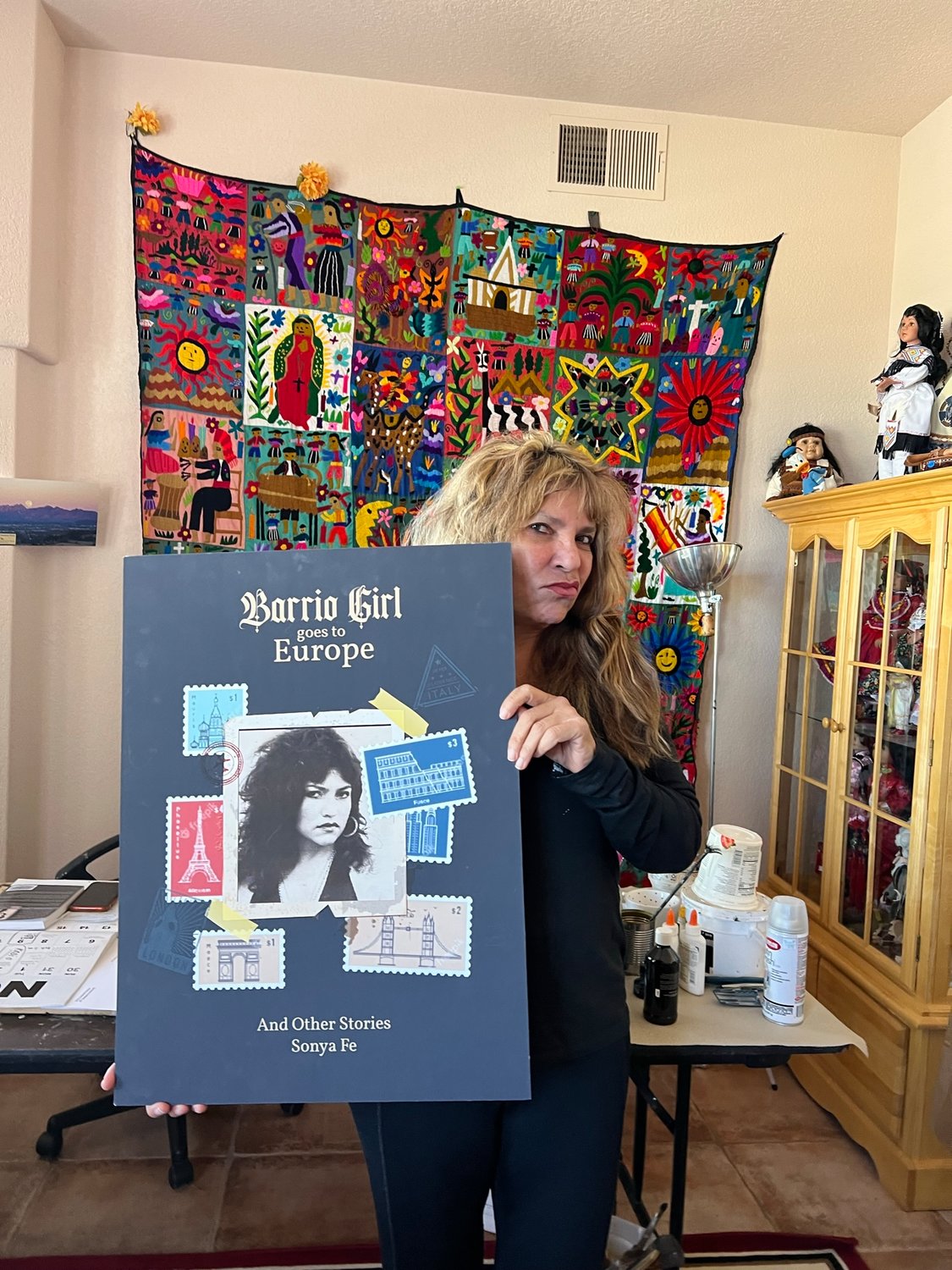 Sonya Fe, then and now
Photo by Elva K. Österreich 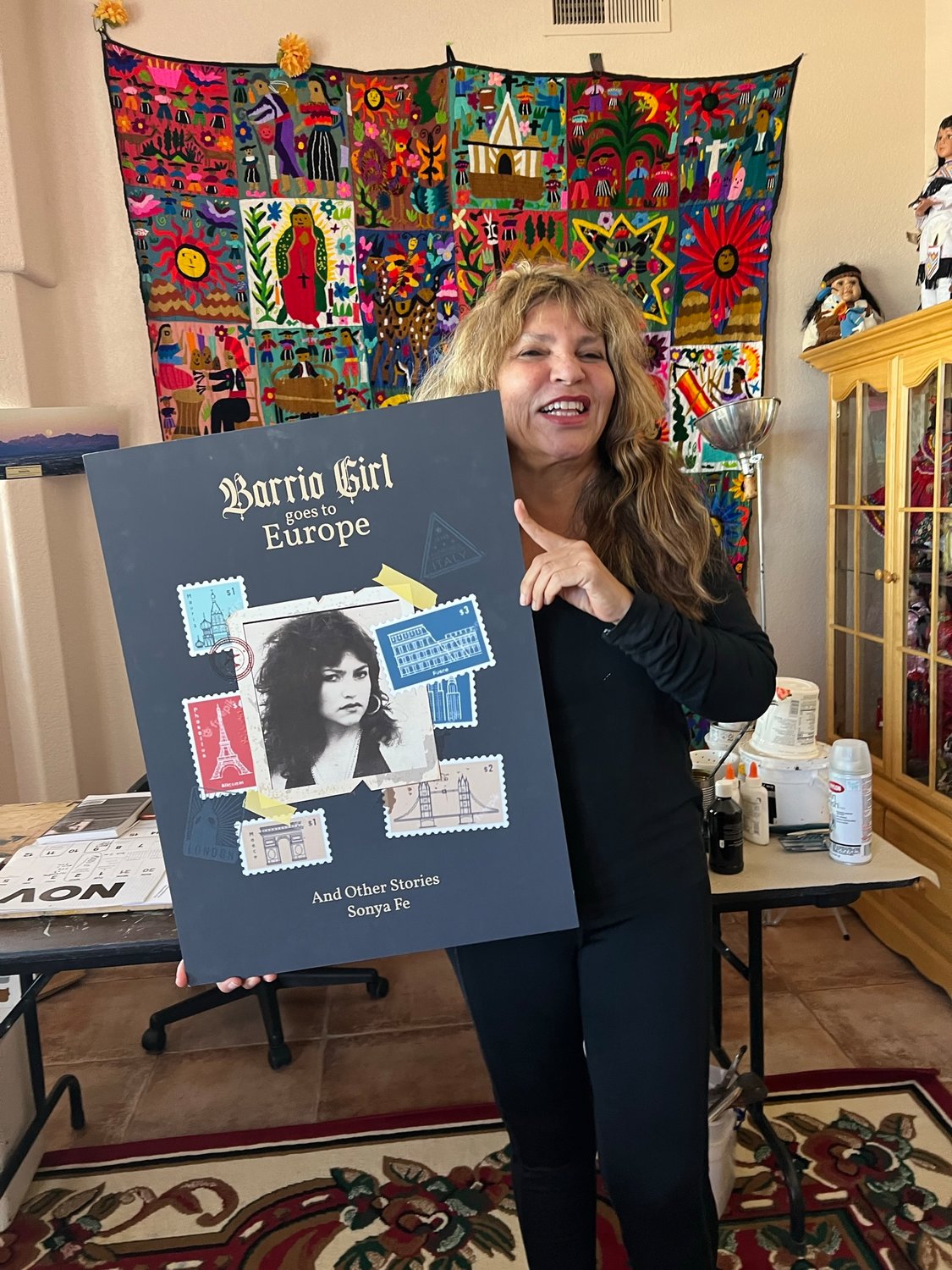 We were poverty stricken but we didn’t know it until President Johnson told us so”
Sonya Fe
By Elva K. Österreich

Local/international artist Sonya Fe has dipped her feet into the world of writing. She has taken a childhood growing up in a California barrio and moved it to an entirely new view of a trip to Europe, seeing the world with the eyes of a “barrio girl.”

“’Barrio Girl goes to Europe,’ is about my life growing up as a young girl and how it brought me to Europe. I was a little negative on Europe it wasn’t their fault it was ours because we tried to see England, France, Italy and Spain almost in three or four weeks,” she said.

She starts the book with stories from her childhood and growing up in the William Mead Housing Projects, AKA ‘Dog Town,’ in East LA,

“I was raised in a housing project and the people were so colorful,” Fe said. “I would sit out on my balcony and think ‘this is so great.’”

Even as a little girl, Fe thought she should be writing down her experiences.

“I felt so lucky to be born and raised there,” she said. “We were poverty stricken but we didn’t know it until President Johnson told us so. We had toys, we had food, my mother worked as a bookkeeper, my father had odd jobs, we always had our creature comforts taken care of.”

Then recently she and her husband, Arturo Vasquez, had their tour of Europe. Fe experienced a bit of culture shock.

“All the places we went were all nice and clean and neat then we got to Italy it was papers on the floor,” she said. “It looked more like a Los Angeles greyhound station I was like ‘oh I’m home!’ I loved Italy because it was relaxed.”

The book is full of Fe’s own particular dialect and voice, you can hear her speaking as you read about everything from learning about what a tetherball pole is really for to how “uppity” those French people are.

She said the book came about when she couldn’t sleep in the middle of the night, and she would tell her husband about her life.

“He would start laughing and he would say ‘you should write those down,’ so in in the middle of the night I would get up and write them down, one hour a night.”

Fe claims to have a language problem, even with English.

“I make my own language, me and Bush and Archie Bunker,” she said. “You make things work for you.”

Immersing herself in whatever she does, Fe views the world from the eyes of an artist always. She talks about her family – mother, father, sister — in almost brutally honest tones. Her coming-of-age stories are not for the very young. She describes her Experience in Europe in layers, as she sees the past live under the present.

“When I got to Italy, I felt great I felt like I could see Leonardo de Vinci walking there, Michelangelo too, she said. “I loved that, I felt like home there.”