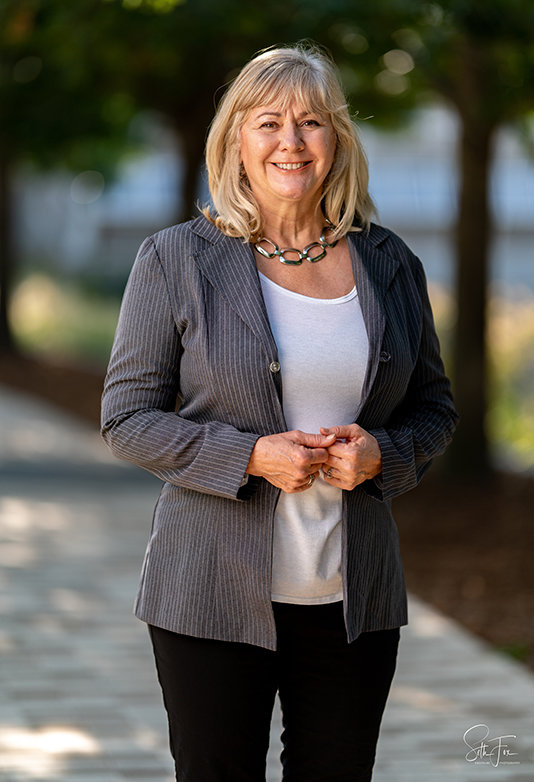 Fair elections, smaller government and freedom of choice are among the issues in Bev Courtney’s campaign for the District 3 seat on the Las Cruces City Council.

Courtney is making her third consecutive run for the District 3 seat. Incumbent Gabriel Vasquez is not running for re-election. Courtney, Becki Graham and write-in candidate Gregory Shervanick are in the race to succeed Vasquez. Because there are more than two candidates in the race, it will be decided by ranked choice voting in the Nov. 2 local election.

Courtney lost to Vasquez in 2017 and lost to then incumbent Olga Pedroza in 2013. Courtney also ran unsuccessfully for mayor of Las Cruces in 2019 and for state representative District 37 in 2018.

Courtney said election integrity is a major issue in her 2021 campaign. She won court cases over ballot signatures that were required in previous city council races, Courtney said, and she continues to be concerned that local elections be administered fairly.

“I haven’t been given a fair, square deal,” Courtney said. “That’s why I’m here again.”

Elections, she said, should be free, fair and honest.

A longtime Republican, Courtney said she doesn’t believe that “one party has all the answers.” But, she said, there are currently no conservatives on either the city council or the Doña Ana County Commission.

In the nonpartisan city council race, Courtney said she is running as a conservative who believes “smaller government is better government.”

Covid-19, she said, is a good example. Her two children, both of whom work in the medical field, have convinced her to wear a mask, but people should be allowed to make up their own minds about wearing them, she said, and about getting a Covid vaccine.

Another example, she said, is the city council’s recent support for an ordinance to limit the use of plastic bags.

“I don’t want the government to do harm by force,” she said. “I believe in freedom of choice. That’s what I’m running for.”

In terms of health, education and other issues, Courtney said, that also means the freedom “to work hard and do better.”

Safety is another issue “of utmost importance,” Courtney said in a campaign news release. “Our police department is approximately 50 officers short. Nationwide sentiments regarding police misconduct and questions about the appropriate role of police officers have affected recruitment efforts and officer morale.”

Courtney said she “will work to develop a strategy of recruitment and retention.”

An Oklahoma native, Courtney was one of seven children and was raised by a single mother. Courtney has lived in Las Cruces for about 30 years. She has managed a number of apartment complexes over the years, owned a retail business selling belts and holsters, homeschooled her children and been a community activist and a volunteer on a number of political campaigns. A Christian, Courtney has also been a church volunteer, including for a prison ministry. Courtney also is NRA trained and is a state-certified concealed carry weapons instructor. In fact, it was gun rights, she said, that got her involved in politics to begin with.

While it’s important to keep guns out of the hands of the mentally ill, Courtney said she does not favor a so-called red-flag law because it violates due process.

If elected, Courtney said public access will be a very important issue in her council service, including monthly district meetings held during the evenings so community members can attend.

“Have integrity,” she said. “Listen to people. I like the debate of ideas. Hear the debate and treat everyone with respect.”

Transparency is also important, she said.

Courtney has a GED and attended two years of nursing school.

“If you work hard, you can do anything you want,” she said.