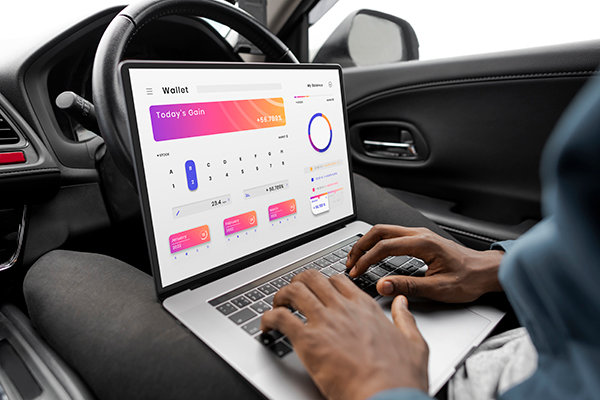 New Mexico is falling behind other states in licensing and regulating driverless cars and trucks, and needs new laws to take advantage of the economic opportunities created by this new technology, lawmakers in the House Transportation and Public Works Committee were told Thursday, Feb. 18.

The committee gave its unanimous support to House Bill 270, which would amend the Motor Vehicle Code to allow autonomous vehicles, including commercial trucks, to operate on New Mexico roads. We are now one of just 14 states that do not have such a law, said Charles Remkes, manager of Intelligent Transportation Systems for the state Department of Transportation (NMDOT).

“This is going to happen, and we need to be in front of this situation before we fall behind,” said cosponsor Rep. Harry Garcia, D-Grants. “It is a big economic driver for the state of New Mexico.”

The bill calls on NMDOT to promulgate new rules for issuing autonomous vehicle permits. Vehicles must meet federal standards and be capable of operating in compliance with all traffic laws.

The bill also sets procedures in case of a crash, and establishes that no local government can ban the use of driverless vehicles.

Robert Brown of the California-based company TuSimple said they are working with the U.S. Post Office on a pilot program for driverless trucks. He said the vehicles don’t require major infrastructure changes to the roads, but they do rely on the same things as human drivers.

“What’s good for human drivers today is good for automated trucks tomorrow, things like no potholes and clear signs,” he said. “You don’t need to wait years for the technology. They’re designed to operate safely in today’s infrastructure.”

Cosponsor Rep. Patricia Lundstrom, D-Gallup, said they need to make sure communities have the funding and information needed to adapt to the changing technology.

“Communities will need help understanding the impact of this,” she said. “We’re going to need to update our satellite technology. This only works if they can communicate.”

Lundstrom, who is chair of the House Appropriations and Finance Committee, said the Legislature may need to set aside some General Fund money to prepare for the transition.

“We’ll be required to shift priorities to set an environment where automated vehicles can be driven through communities safely,” he said.

The bill would also allow for so-called platooning, in which commercial trucks equipped with the same driver-support systems travel together in a line, accelerating and braking at the same time. Those trucks have drivers, but there could come a time in the future where they would be driverless, according to Johnny Johnson, a participant in the public comment section of the hearing.

Johnson said California and Arizona already allow driverless trucks, but they can’t pass through New Mexico. Removing that barrier would open economic opportunities for communities along Interstate 40, he said.

The bill now goes to the House Commerce and Economic Development Committee. Lundstrom said that because this is all new, she wants the bill to get a thorough review, and is eager to make any changes that will improve it.