Boys and Girls Club was where his future began, Paralympian tells Henson breakfast 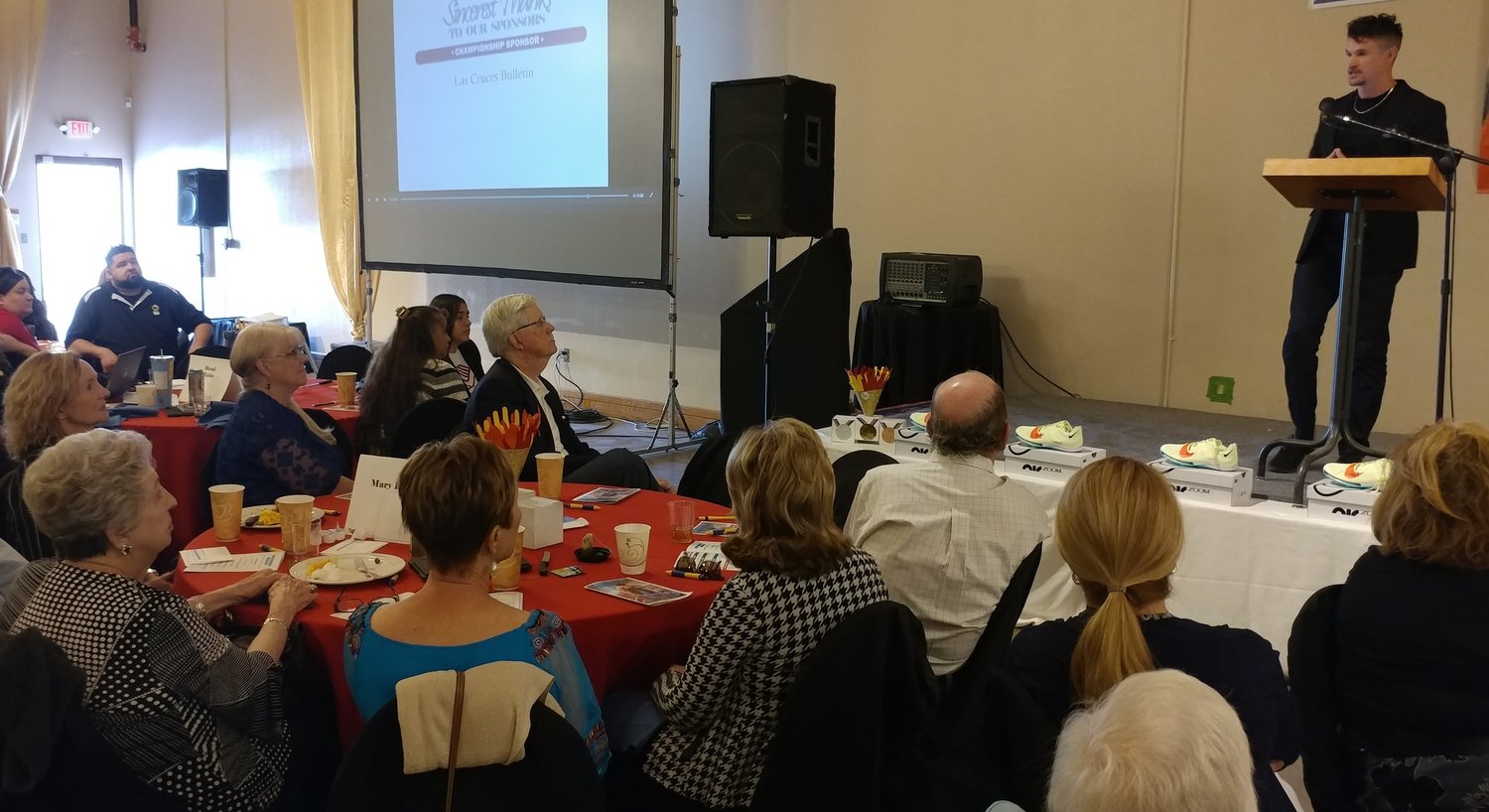 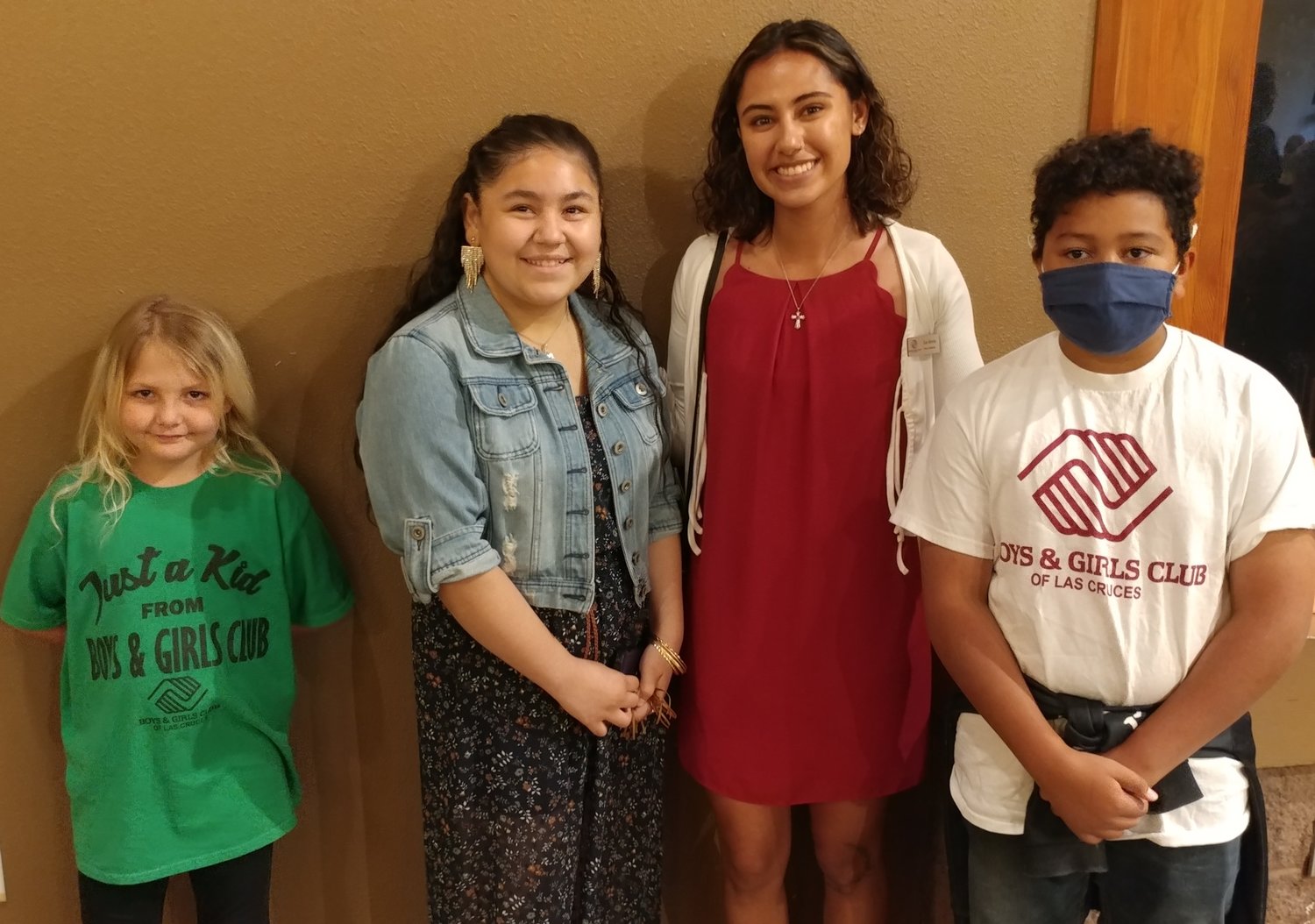 Some of the Boys and Girls Club of Las Cruces members at the May 19 Lou and Mary Henson Community Breakfast.
Bulletin photos by Mike Cook 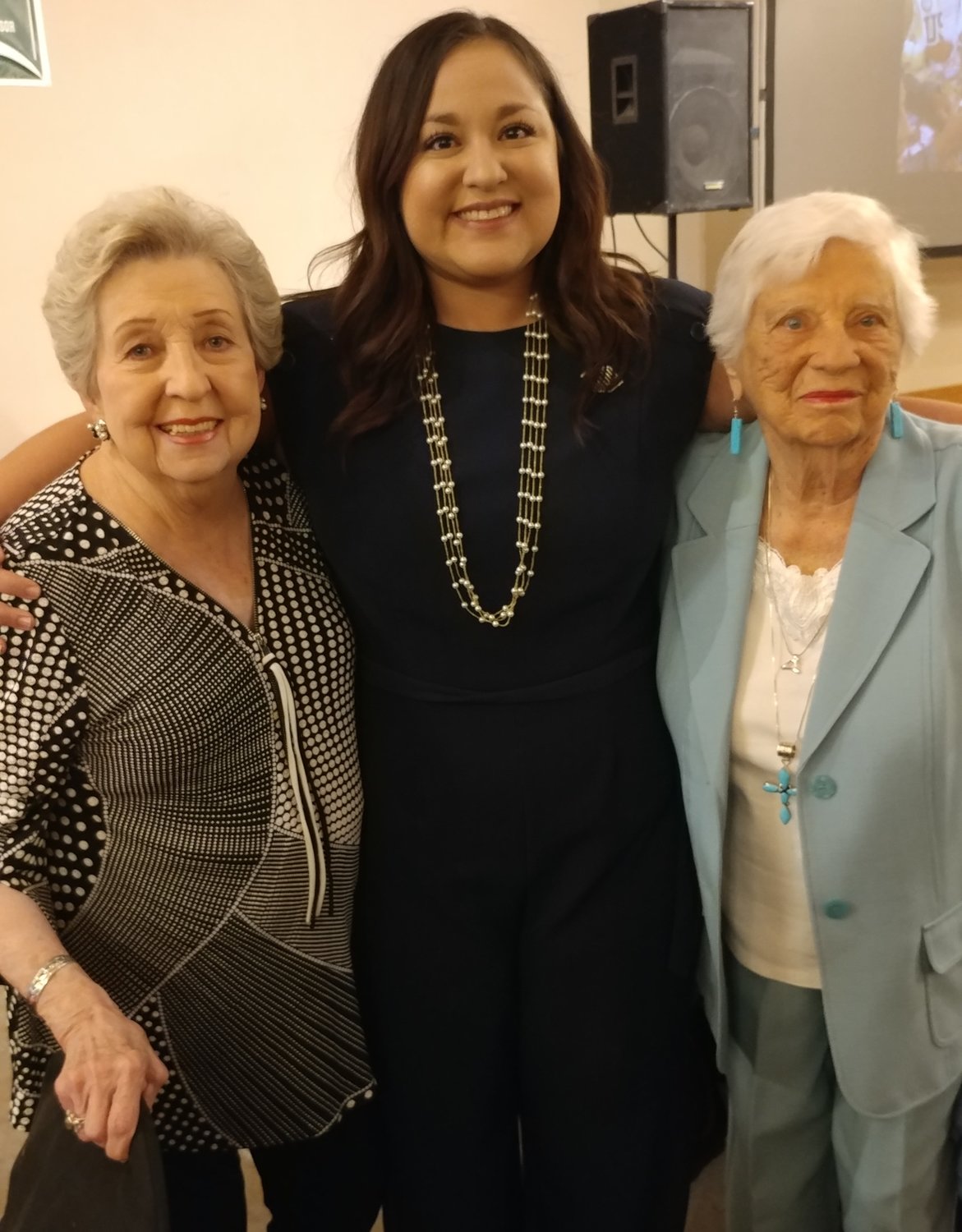 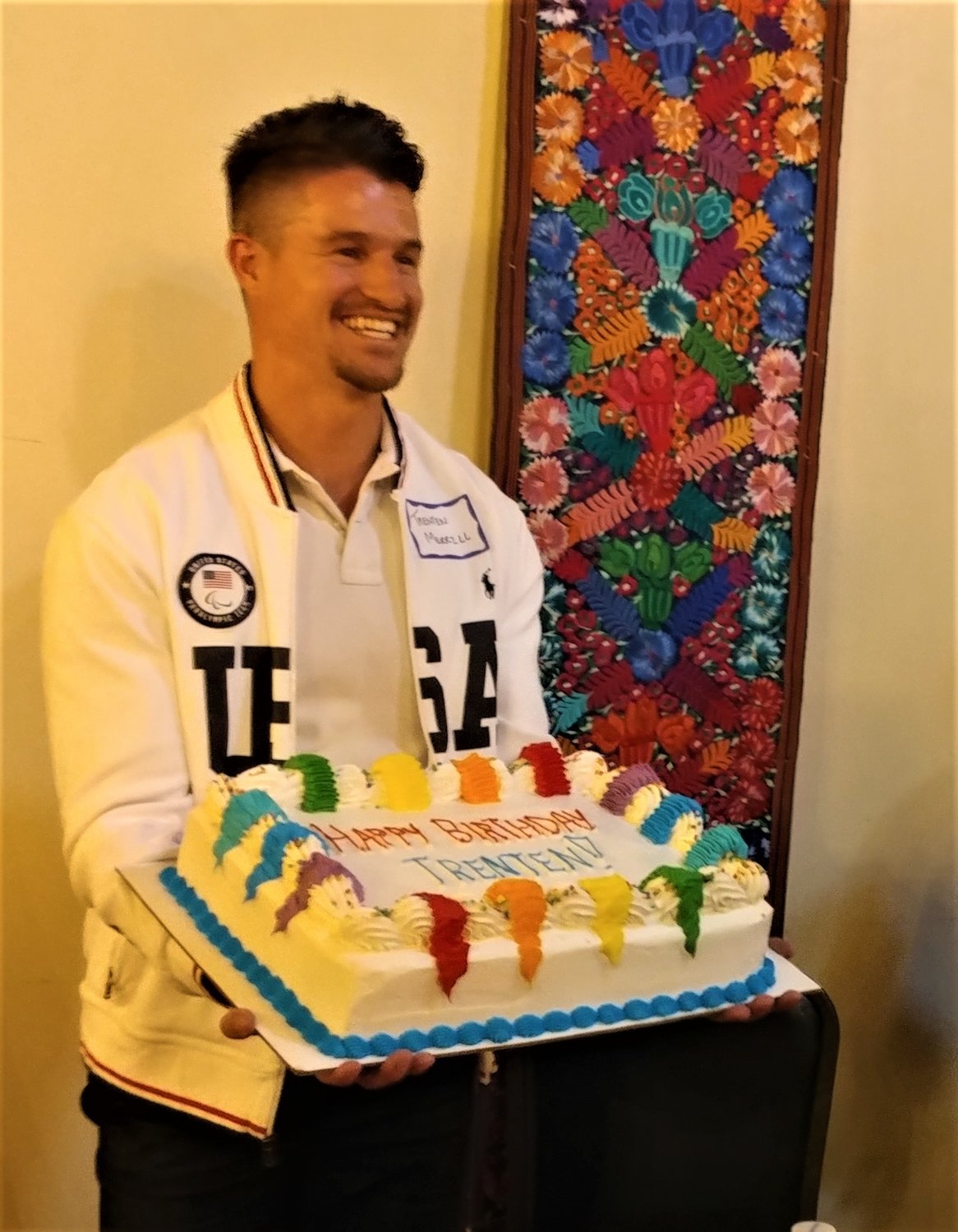 “I feel like he’s looking down on us with pride,” Boys and Girls Club of Las Cruces (BGCLC) CEO Ashley Echevarria said as she spoke about the late Lou Henson at the Lou and Mary Henson Community Breakfast May 19 at Farm and Ranch Heritage Museum.

Henson died in 2020, but the breakfast, an annual fundraiser for the club for the past 14 years, continues “to honor coach’s legacy,” Echevarria said.

“It feels great to be here,” Mary Henson said. “In our passion for this city, we have real love for those precious children,” she said.

The 2021-22 BGCLC Youth of the Year Layla Montoya-Villa said the club will continue to help her reach her goals of graduating from high school, attending college and becoming a probation officer.

Breakfast keynote speaker Trenten Merrill, an investor, entrepreneur, motivational speaker and national champion Paralympian, said the Boys and Girls Club he was a member of in San Juan Capistrano, California, was where his future began.

And after losing his right foot in an auto accident when he was 14 years old, and, he thought, giving up his dreams of becoming a professional athlete, Merrill said he was approached by the coach of the U.S. Paralympic team about becoming a team member, and realized “what I learned at Boys and Girls Club that my dreams are possible.”

“It didn’t come quick and it didn’t come easy,” Merrill said, but he overcame multiple challenges to earn a place on the 2016 and 2020 Paralympic Games U.S. teams and set the American record in the long jump.

“If you’re not scared to fail, there’s really not a whole lot you can’t do,” Merrill said.

Echevarria said BGCLC has overcome some major challenges of its own in the past two years and is serving more children than ever.

BGCLC provided more than 13,000 community meals in 2020, she said, as the pandemic raged and expanded its service hours to support kids who were learning online because schools were closed.

“Our work will never be done,” Echevarria said. “Our kids deserve more.”

At the end of the breakfast, BGCLC emeritus director Tres Libby auctioned off seven pairs of athletic shoes autographed by Merrill, raising more than $5,000 for the club.