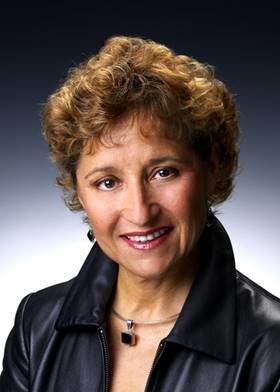 Raised on a cattle ranch in northern New Mexico, with family roots dating back more than 400 years, Chacon-Reitzel attended earned her bachelor’s degree in home economics in business and her master’s degree in marketing and management, both from NMSU. Chacon-Reitzel now resides in Albuquerque with her husband, Jim and their two children, Elizabeth and Matthew.

Since 1989, Chacon-Reitzel has worked with the New Mexico Beef Council. In 1991, she became executive director, responsible for the creation and implementation of beef research, promotion and consumer-information programs. In addition to the collection and compliance of the Beef Checkoff.

Chacon-Reitzel has held seats on several national beef industry committees and now serves on the National Cattlemen’s Beef Association Beef Safety Research Committee. She was appointed by the NMSU College of ACES to serve as one of three delegates to the U.S.D.A. Council for Agricultural Research, Extension and Teaching (CARET) as a ‘citizens advocate.’

As a delegate, Chacon-Reitzel advocates for federal funds in Washington, D.C. for the college. Since her nomination to CARET, Chacon-Reitzel has served on the executive committee and became chair in 2016.

In 2015, Chacon-Reitzel was recognized by the NMSU Cooperative Extension Service with the Friend of Extension Award, as well as the Industry Partner Award in 2011 by the New Mexico Department of Agriculture.

Further, Chacon-Reitzel was selected to participate in Leadership New Mexico, completing the program in 2007. She is the 1996 recipient of the Distinguished Alumni Award from NMSU’s College of Agriculture and Home Economics.

Heavily involved in various other organizations at the state level, Chacon-Reitzel serves the New Mexico 4-H Foundation and is a past board member of the Saint Pius High School Foundation as well as the UNM Children’s Hospital Foundation.