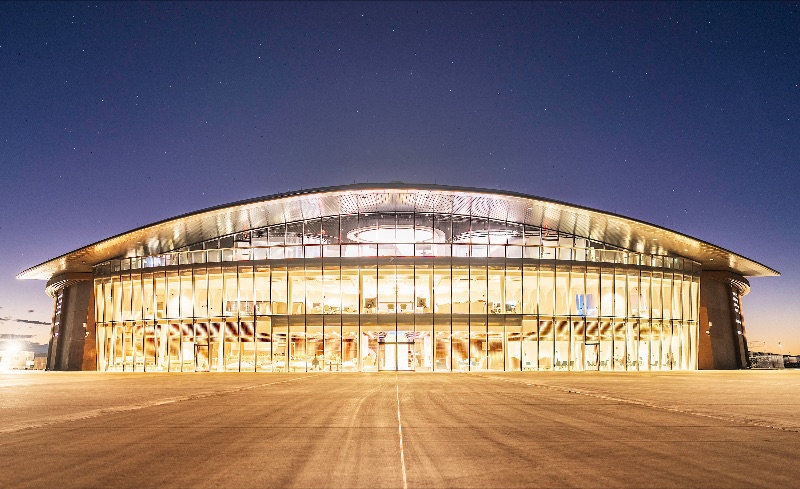 To commemorate Virgin Galactic’s historic Unity 22 test flight from Spaceport America on Sunday, July 11, the City of Las Cruces will host free, in-person watch parties of the global live stream at the Las Cruces City Hall Council Chambers, 700 N. Main, and the Rio Grande Theatre, 211 N. Main, both of which will open their doors starting at 6:30 a.m.

Each event will feature light refreshments and there will be limited seating available on a first come, first-served basis. The livestream will also be available to watch on VirginGalactic.com and will be simulcast on the Virgin Galactic Twitter, YouTube, and Facebook channels. It is expected to begin at 7 a.m. MDT on the day of the flight.

“This is the moment we’ve all been waiting for. A historic moment for a city that has long been a driving force in the space exploration and tourism industry,” said Las Cruces Mayor Ken Miyagishima. “This is the start of a new era of space travel that has the potential to change the course of history for our city and state by bringing in tourism dollars that will help grow our economy.”

The launch event is expected to generate an estimated economic impact to Las Cruces of more than $400,000 over the span of the week, based on hotel occupancy rates and past visitor spending forecasts.

The spacecraft will be piloted by Dave Mackay and Michael Masucci flying VSS Unity, and CJ Sturckow and Kelly Latimer flying VMS Eve. On May 22, Virgin Galactic made history after the VSS Unity completed its third successful launch into outer space and its first completed flight from Virgin Galactic in over two years.

The May 22 launch also made Sturckow the first person to ever have flown to space from three different states and made New Mexico the third U.S. state to launch humans into outer space.

“This is an important moment for Las Cruces, and we’re excited to invite the community to celebrate and commemorate this monumental experience on the big screen,” said Visit Las Cruces Director Rochelle Miller-Hernandez. “Las Cruces has a long history with space travel and exploration which will only continue to build up Las Cruces as the place for space tourism.”

According to a report titled “Global Space Tourism Market Size, Status and Forecast 2019-2025,” published in April 2019, the global space tourism market size was an estimated $550 million in 2018. By 2025, the report anticipates the market size to grow to an estimated $1.58 billion.

About Las Cruces
Nestled in southern New Mexico’s Mesilla Valley between the Rio Grande River and Organ Mountains, Las Cruces is quickly becoming a popular southwestern destination. Visitors can experience 72 holes of spectacular year-round golf; world-class Mexican food along the Green Chile “Walk of Flame” and throughout the region, complemented by the Mesilla Valley Wine Trail and the Las Cruces Ale Trail. Birding, cycling and hiking draw outdoor lovers, and nearby White Sands National Park is the only spot on the planet of its kind. Las Cruces blends a unique variety of such special events, attractions, culture and historical sites, as well as superb weather, with 320 days of sunshine per year. For more information on all Las Cruces has to offer, contact Visit Las Cruces at (575) 541-2444 or visit www.visitlascruces.com.