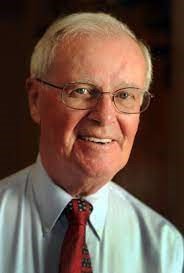 Eakman has been one of three voting members of the OC since its first meeting in October 2020. He became OC chair last Oct. 1.

The Accountability in Government ordinance that established the committee “was created to improve the internal audit structure and support increased transparency and accountability for the community,” said City Attorney Jennifer Vega. “A lot of research and analysis went into creating a best practice model that would align with our city charter, and the city council completely supported and encouraged the first rendition and we look forward to building on it and improving it in the future.”

The ordinance also created the position of city inspector general (IG), which has the “authority to investigate municipal matters” involving elected and appointed officials, city employees, contractors and others.

The OC is charged with reviewing city “audit, investigatory or strategic review reports” – including reports on internal and external calls to public and city employee hotlines “for reporting illegal and unethical activities in the workplace” – and may provide both positions “with guidance, priorities and potential areas for investigations,” according to city documents.

If a majority of OC members questions an audit, investigation or review, the committee can “issue a cautionary statement” to the IG or auditor “to safeguard that the investigation has answered all questions and has been conducted thoroughly and completely. The committee cannot change a report, but it can provide additional information or ask needed questions.”

The OC is working to identify and eliminate “fraud, waste and abuse,” said Eakman, who served 2015-19 on the city council.

“What I hoped the city would be able to do with the Oversight Committee was set in place some processes to save the city money by looking at comparable projects, examining efficient and productive practices, and developing some standard expectations for reasonable costs,” said former City Councilor Greg Smith, who supported the ordinance creating OC. “With that sort of awareness at the start, the city would be in a better position to see when quotes are too high, when unnecessary items have been included, when efficiency has been unduly sacrificed, or when unforeseen expenses may run costs up.”

The ordinance mandates that the committee’s three voting members include one who is a certified public accountant or auditor, one who has experience in professional management or business and one with law enforcement or legal background.

Eakman, a former hospital administrator, is the OC member with management experience. Charles Tucker, who is inspector general, U.S. Army Test and Evaluation Command, at White Sands Missile Range and a CPA, fills the CPA/auditor position. The committee is currently seeking a new third voting member with a law enforcement or legal background.

According to the ordinance that created the OC, committee vacancies are filled by the mayor and city council. Remaining OC members may make recommendations of potential members to be appointed to the committee.

OC members are appointed for staggered three-year terms, and the committee is mandated to meet at least four times a year, although it has been meeting more often than that, Eakman said.

Being on the committee is “a valuable use of my time,” Eakman said.