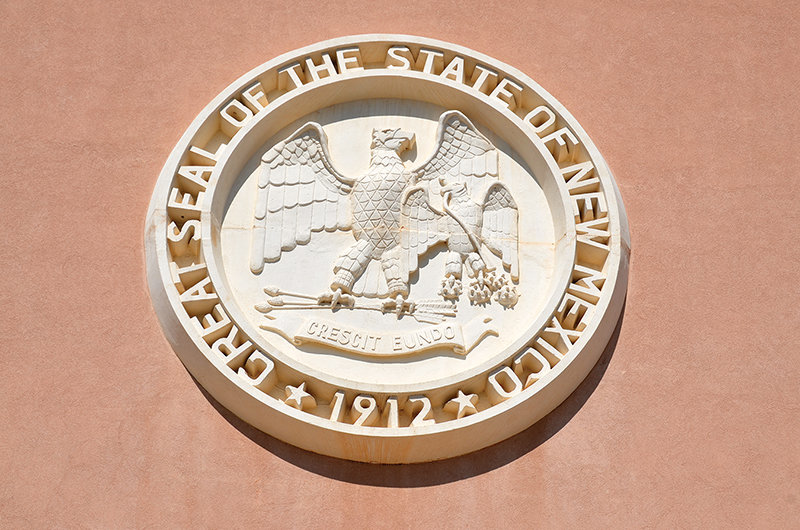 A bill that would strip the legal protection of qualified immunity from public employees passed the New Mexico Senate Judiciary Committee on a 5-4 vote Wednesday, March 10, and now moves to the Senate floor for a final vote.

Senate Judiciary Committee Chair Joseph Cervantes, D-Las Cruces, is a co-sponsor of House Bill 4, which was recommended by a civil rights commission created by legislation passed during a special session last June. It will allow people to sue public bodies for violations of their civil rights.

The bill has been opposed by local governments throughout the state who have said it would lead to more lawsuits, and more costs to taxpayers.

Legislation that would give police officers more information about the people they pull over during a traffic stop passed in the House on a 45-12 vote Wednesday and now moves to the Senate.

House Bill 223 would create a new registry of people who have a condition or disability that may make them unable to understand and comply with officers’ commands or react to the flashing lights. That information would be made available to officers before they approach the vehicle.

“By creating a way for law enforcement to access relevant medical information about the vehicle’s potential occupants in advance, we can avoid troublesome situations where a cooperative person may appear to be noncompliant, or where an officer’s lights may trigger medical problems,” said sponsor Rep. Liz Thomson, D-Albuquerque.

Legislation to provide new financing options for energy efficiency and environmental improvements to commercial, agricultural and multi-family properties passed the House on a 42-26 vote Wednesday and now moves to the Senate.

House Bill 299 would allow county commissions to establish an improvement loan program for property owners. After improvements, the loans would be repaid by special assessments to the property.