Council update: GO Bond projects are ahead of schedule

The city’s project to replace Fire Station No. 3 is about 63 percent completed, according to city officials.
BULLETIN PHOTO BY MIKE COOK 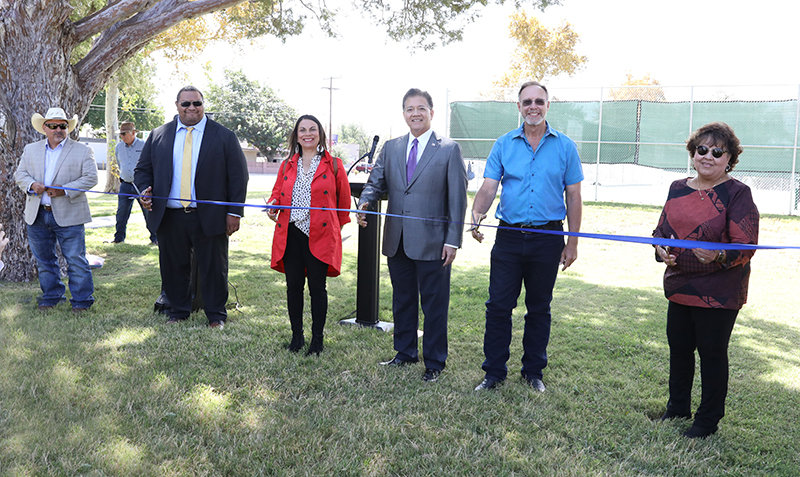 The present and possible future of General Obligation (GO) Bond projects were discussed by the Las Cruces City Council at its Monday, Sept. 27, work session at Las Cruces City Hall.

The council received an update on the $35.6 million in GO bonds approved by voters in an all-mail election in August 2018, and council members also got an update on the city’s proposed 2022 GO bond program.

A public ribbon-cutting ceremony to mark the opening of pickleball courts at Apodaca Park, 801 E. Madrid Ave., was held Oct. 1.

Contract negotiations for improvements at Unidad Park, 1500 E. Hadley Ave., are nearing completion, as are negotiations for construction of the East Mesa Public Recreation Complex. Construction is underway for two dog parks, with earthwork 70 percent complete at a new dog park on Rinconada Boulevard, adjacent to the Animal Services of the Mesilla Valley. Also, site clearing began Sept. 6 for a new dog park at Burn Lake.

Construction of a new Animal Services Center, 3551 Bataan Memorial West, is about 15 percent complete, while replacement of the city’s Fire Station No. 3, at 390 N. Valley Drive, is approximately 63 percent finished. Construction and improvements to walking, jogging and biking trails are now 55 percent complete.

All projects will be finished by December 2022.

City administration and staff told the council there will be numerous public opportunities for residents to provide input on projects that could be included in a new cycle of GO bond projects for a scheduled November 2022 bond election.

A public awareness kickoff for the next phase of GO bond projects is expected to begin this month. Public input opportunities are planned from November through March, and city council will conduct work sessions in April and May to begin prioritizing new GO bond projects.

The council was also presented with several options to consider in making a final determination of how much to seek in bond funding in the election. To continue GO bond projects without increasing city property taxes – which was the consensus of council members at the Sept. 27 meeting – the council could request $23 million in GO bond funding.