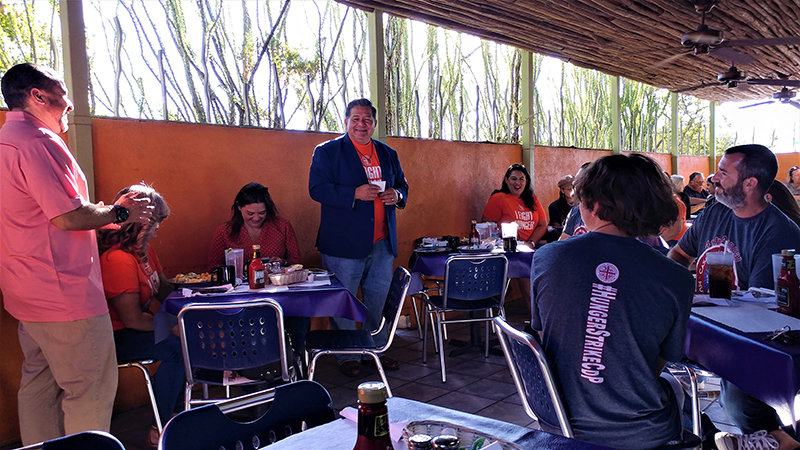 That surpasses Alba’s goal for this year’s campaign by more than $15,000. Since it began in 2019, Hunger Strike has collected more than $225,000 to benefit the countywide emergency food program, Alba said.

To raise the money, nearly 60 participants began a fast Thursday morning, Sept. 22, after a breakfast served by CdP partners Luchador food truck. They created Facebook pages and other social media messages asking friends, family and co-workers to support them by donating to Hunger Strike. Most of the fasts lasted 24 hours, until a Friday morning, Sept. 23, breakfast at The Shed, during which owner Gabe Mendoza donated $2,000 to Hunger Strike.

"We are humbled by the overwhelming support and generosity of this community and the courage and drive of the participants,” Alba said. “We are so grateful and are over the moon about the success of this year's Hunger Strike."

Hunger Strike not only raised money for CdP, is also gave participants and the community an opportunity “to have a day of solidarity with our neighbors that struggle with hunger (food insecurity) in their everyday lives,” Alba said.