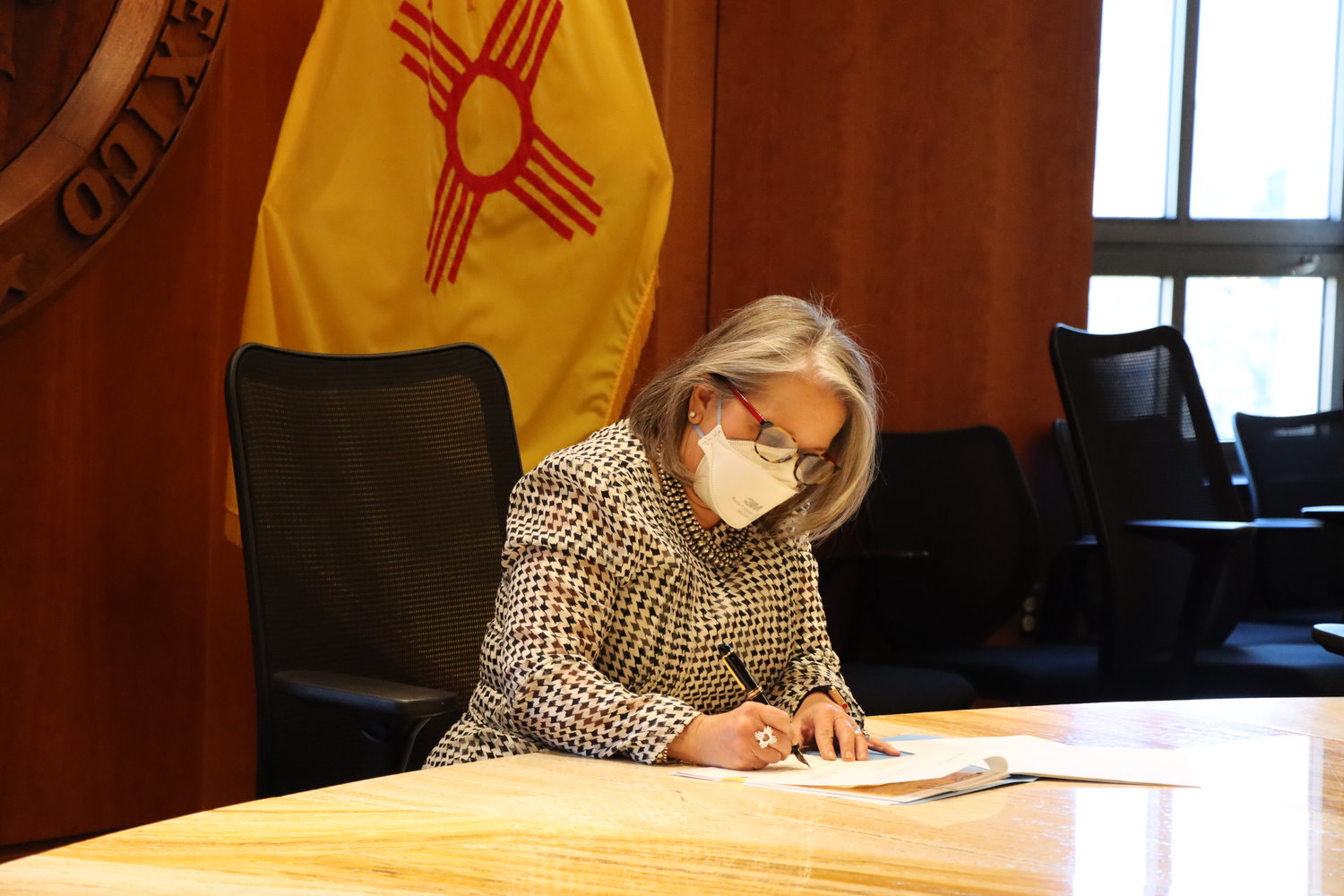 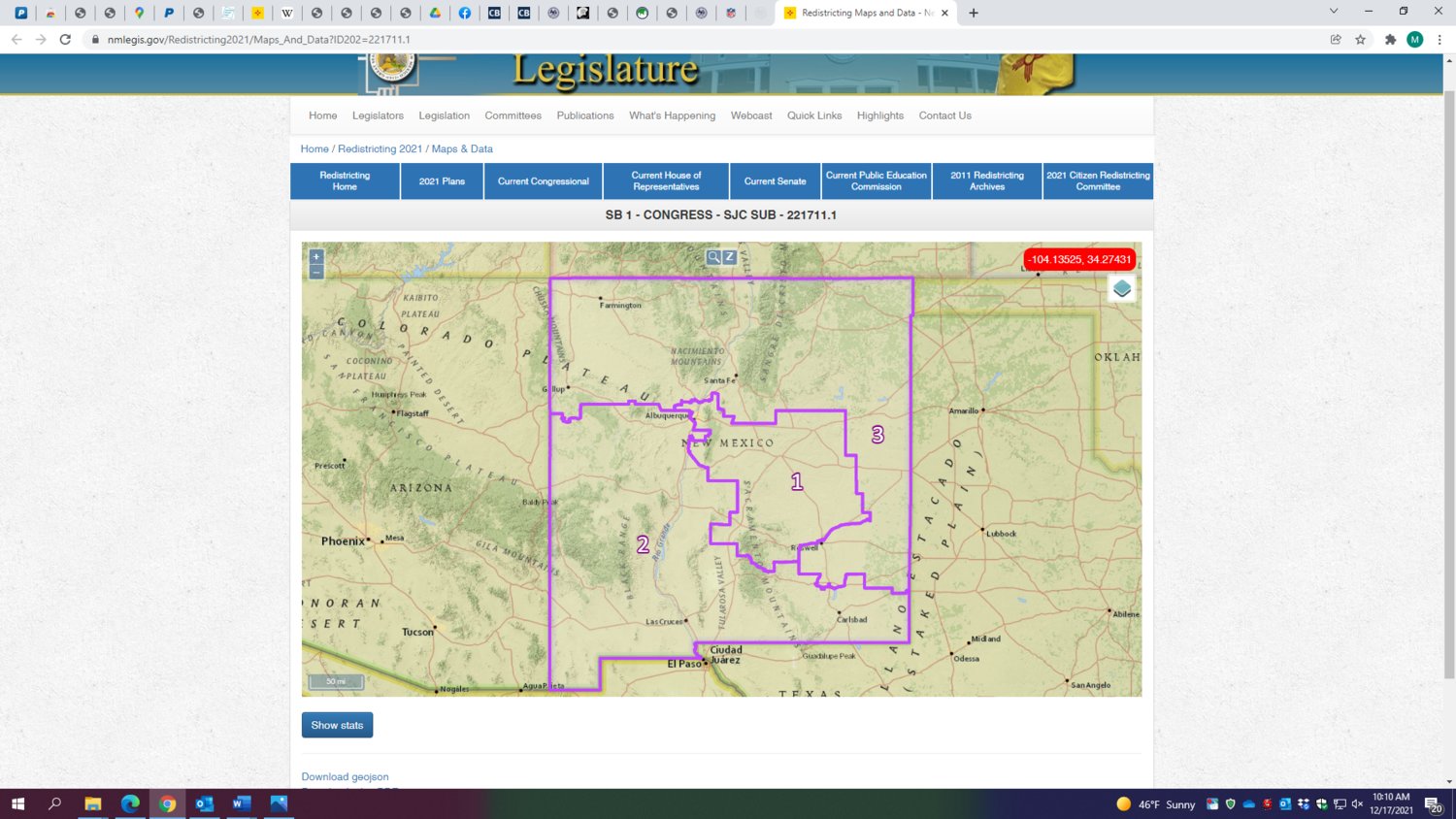 What the new congressional districts look like
Courtesy photo 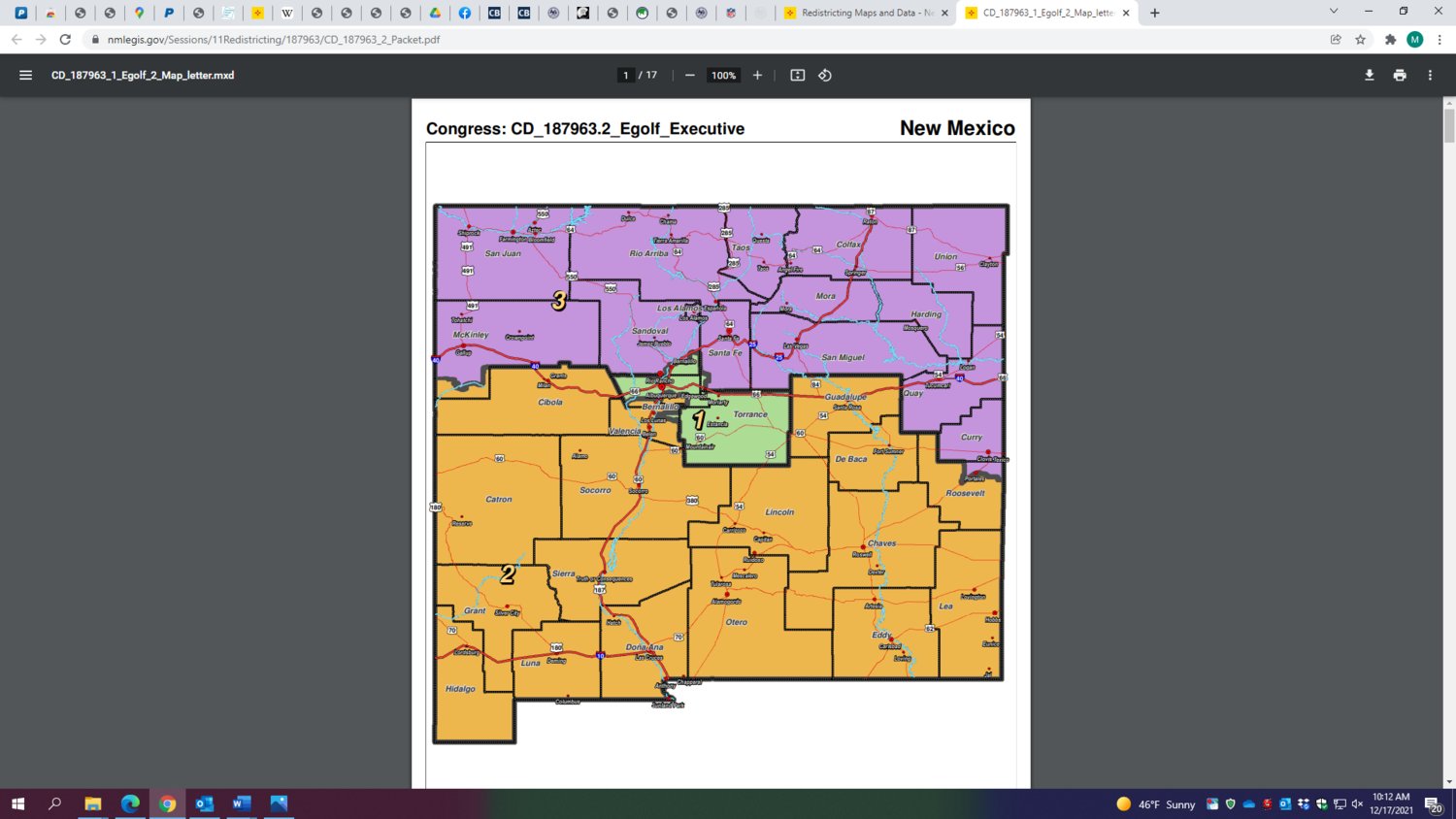 What the current congressional districts look like
Courtesy photo
Previous Next
Posted Friday, December 17, 2021 9:52 am
From governor's office

According to the New Mexico House of Representatives, the map is a “nearly 90 percent reflection” of what was called the “People’s Map,” produced by an independent Citizens Redistricting Committee.

“The people’s elected representatives in the New Mexico Legislature have spoken with respect to data-driven and representative new Congressional boundaries,” said Gov. Lujan Grisham. “It is my duty to ratify the will of the majority here, which I believe has established a reasonable baseline for competitive federal elections, in which no one party or candidate may claim any undue advantage. New Mexico is a vast and diverse state, with both rural and urban communities and interests that span the spectrum politically and economically. We must honor the ideals of American democracy by doing everything we can to ensure a level playing field, reflecting what is unique about New Mexico, on which these good faith interests may compete for political representation.”