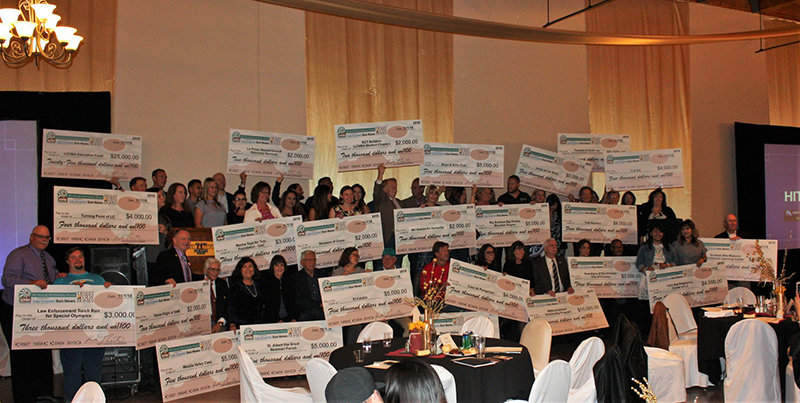 Former Las Cruces Home Builders Association (LCHBA) President Kimball Hakes wanted to do something to benefit the community as the association celebrated its 55th anniversary in 2014.

So, Hakes Brothers home builders built LCHBA’s first Anniversary House that year, with contractors and subcontractors either donating time or materials or providing them at cost. Once the house was built, its sale resulted in $64,000 in profit, which was donated to Doña Ana County nonprofits.

Collectively, the houses have generated $345,000 for local nonprofits.

This year’s builder, Adam Juarez, owner of A New Beginning Custom Homes of Las Cruces, has a goal of at least $125,001 in profit, Black said. Ground will be broken at 10 a.m. Tuesday, April 13, on the fifth LCHBA house, which, for the first time in 2021, is called Casa for a Cause.

The three-bedroom, two-bath house will be built on a corner lot at 3029 Little Creek Court in the Diamond Springs Subdivision, Black said, on land partially donated by Las Cruces developer Eddie Bins, one of the founders of LCHBA.

Juarez may already have a buyer for the house, she said.

Black said construction will be completed on the house by September so it can be included in LCHBA’s Showcase of Homes. She said awards to nonprofits from the sale of the house will likely be made in late September or early October.

All nonprofits in Doña Ana County can apply to be included among those receiving funds from this year’s profits, Black said. The application process will open April 13.

Monetary donations as well as donations of supplies are welcome for the project not only from homebuilders, but also from the community – “anybody who would like to give to this cause,” Black said.

“We’re so excited,” she said, noting that LCHBA already has builders lined up for Casa for a Cause to continue in 2022 and beyond.

“It’s a good feeling for us here at LCHBA,” she said. “We are a nonprofit and we are able to give back to other nonprofits.”

Nonprofits interested in applying for funds, anyone interested in donating to Casa for a Cause and for more information, contact Black at 575-993-9288 or stop by LCHBA, 2825 N. Main St.

Casa for a Cause, Las Cruces Home Builders Association