Even the best have bad days 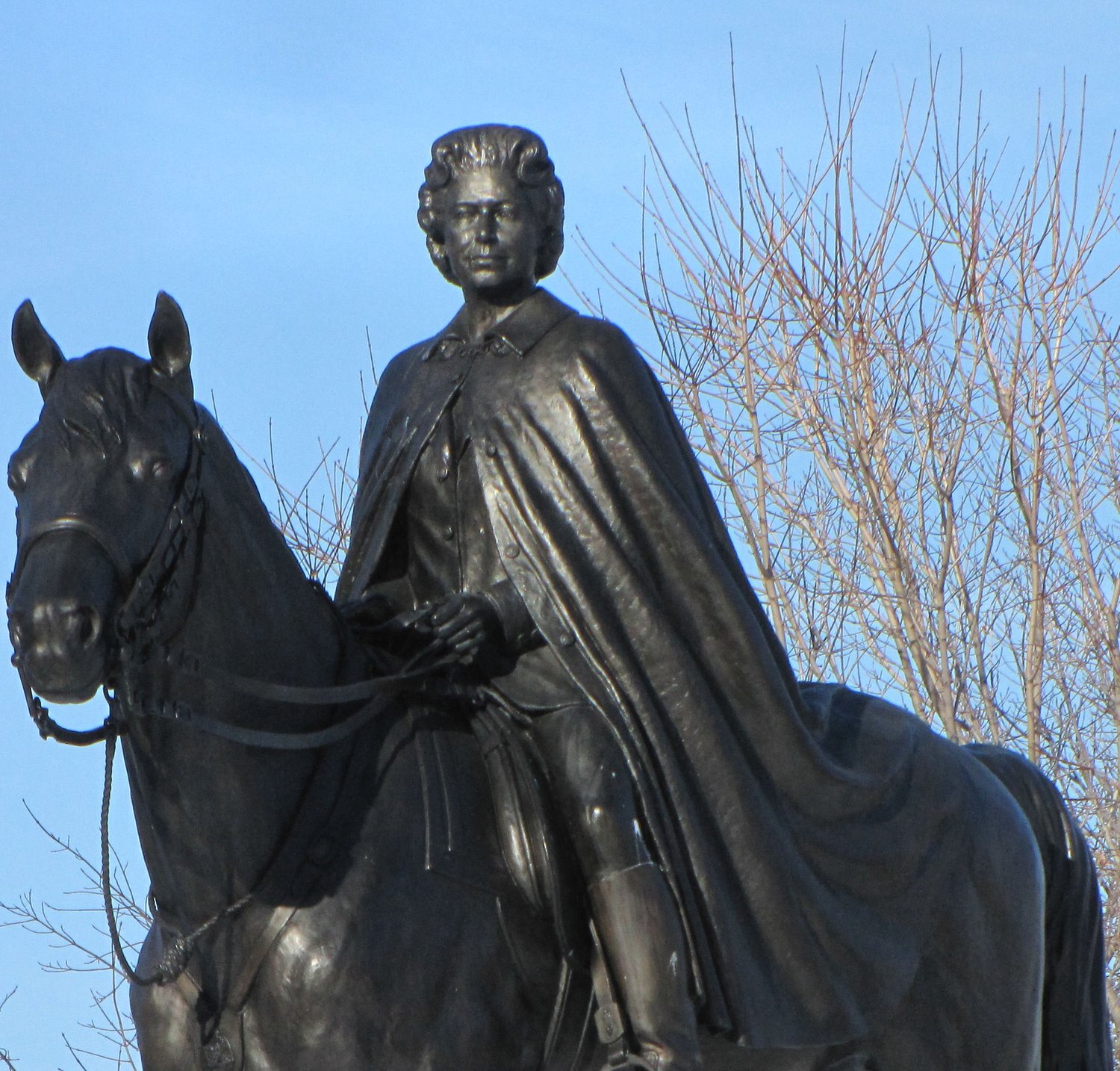 Back in September we witnessed an event we’re not likely to ever see again, the passing and celebration of the life of service of Queen Elizabeth II. It’s unlikely we will ever see a world leader with a career spanning eight decades, some of the most fascinating and turbulent decades in history, again.

What I always found interesting about her was her extraordinary love for horses. From her first horse, actually a Shetland pony, through many other favorite riding horses, she never missed an opportunity to ride, and managed to do so until her 90’s. Many said she may have been the most knowledgeable horsewoman in all of Britain, especially in her thorough knowledge of breeding and historical bloodlines. She visited the US to learn more about thoroughbred breeding. She enjoyed all riding disciplines. She even had Pat Parelli come to England so she could learn more about natural horsemanship.

I watched much of this historic event because I enjoy watching the many ways horses are involved in the pageantry and British traditions. These are spectacular horses trained to the highest levels with skilled riders, and they’re faced with the daunting task of remaining calm and dignified even when surrounded by thousands of people and the noise from ceremonial gun and cannon salutes, planes and helicopters, drones and countless other distractions that would send most horses around the bend. This is what they have been bred and trained to do. They are most highly trained public performance horses in the world.

I’ve always believed that no matter how well a horse is trained or how impressive his breeding, that in his soul he is still a horse and there will always be some situations that will cause him to exhibit his most basic natural instincts. It is why the best horsemen and women will always tell you to “ride every stride” with a horse, no matter how old, experienced or well-trained the horse may be. There is a set of circumstances out there for every horse that can come together and make any horse forget all his training, ignore his rider and take care of himself.

I found a clip of the palace guards practicing, something the do virtually every day, usually in Hyde Park so the horses are exposed to the distractions of modern life. As the group of 25 horses was moving in a tight formation through the park, one of the horses in an important spot, on the outside of the first row, where you want a calm experienced horse and an excellent rider, simply exploded. Why? Who knows. It bucked the rider off, sending her so high it looked like she had been shot from a circus cannon. The horse spent several minutes running around the group, off into the trees and back again, bucking and jumping the whole time. Finally, two other riders broke ranks and quietly cornered the horse near a fence. All the other horses remained calm and in place. With much effort the rider was hoisted back on her horse. She brought her sword to her shoulder, rode back to her spot in line and the training session went on without another problem.

Given what can happen in practice, I was not surprised some of the horses involved in the Queen’s funeral and the lengthy processions through crowded streets proved the axiom that horses are still horses. In Scotland, as the procession moved through the streets, one horse in particular was on the verge of becoming unglued, constantly jigging, backing up or trying to spin while all the other horse were moving more or less in formation and in time with one another. As he became more animated and agitated, you could see the other horses feeding off the energy and begin breaking stride and tossing their heads. They were starting to look like a nervous herd rather than a group of horses that practice for this every day.

It's a testament to the skill of the riders that they were able to keep this all together as their role is to appear calm and quiet in the saddle at all times. This scene of one or two horses losing it while most of the horses were just about perfect was repeated through the many days of ceremonies. I saw a policeman watching the crowd get knocked over when a horse in the procession going past him spun. At one point there was a riderless horse in the procession, meaning the rider had come off. During some cannon fire, one horse went from a slow beautiful walk to a flat-out canter, surprising the rider who some how managed to stay on and get things under control before the horse headed into the crowd.

It became obvious throughout the ten days of ceremonies that the magnitude of the event was going to test many of the horses designated to participate, and near the end the decision was made to remove horses from some of the program to reduce the risk to the public, the riders or the horses, or to disrupt the solemn proceedings. Despite years of training and practice for just such an event, some horses could just not be anything but horses on these particular days. Nothing wrong with that in my book. They’re not machines.

On the other side of the world, I caught another glimpse of horses being horses in a very different kind of event. In this case it was the opening ceremony of the Pendleton Round-Up Rodeo, one of the oldest and largest rodeo events of the year. In this case, a young woman was riding around the outside track in front of the crowd, leading another horse that was saddled but riderless, with cowboy boots turned backwards in the stirrups, a universal tribute to the passing of someone special. The name didn’t mean anything to me as I don’t follow rodeo, but it was clear the deceased was someone loved and respected in this community.

The rider was his granddaughter I believe. She had a beautiful calm horse and was obviously a skilled and confident rider. The pony horse was equally calm and it was a pretty and moving picture.

Just as she was completing her lap around the stadium, a photographer opened a gate and came out to take some pictures, kneeling down for the shot. Once again, for a reason only the horse knows, this person coming out and kneeling down was a trigger. The horse instantly changed to a frightened flight animal, backing up and spinning and looking for a way out. The rope on the pony horse got tangled up. Other people involved in the event had come out on the track and had to jump out of the way to avoid getting run over. Somehow the rider kept her cool and held on to the other horse, even when her horse bolted through the now open gate.

Keep in mind this rider had gone around the entire arena with people taking pictures, music playing and an announcer talking about the person the rodeo community had lost. None of that bothered the horse, but one photographer kneeling on the track was something different and threatening at that moment in time for this horse. A calm, collected picture became something else in the blink of an eye.

You may ask why horse stories like these are worthy of a column about horsemanship. For me, they emphasize what is at the very core of today’s approach to horsemanship. The best horsemen no longer believe in breaking a horse to the point where they lose their spirit and the qualities unique to their species. Today it’s about gentling, teaching and developing a horse, and accepting his nature and all that goes with that, including sometimes unexpected behavior. None of the horses in these stories were disciplined, either in the moment or back at the barn, because these top riders all know and accept horses are what they are, and reactions to new or different things, or maybe even things they’ve seen a hundred times before, may surprise us but mean something to them.

No matter how well-trained they are or how skilled you are, it’s a good reminder to see the best trained horses in the world behave like horses. The good horseman or woman never forgets this and never falls asleep at the switch. They ride every stride because you just never know.