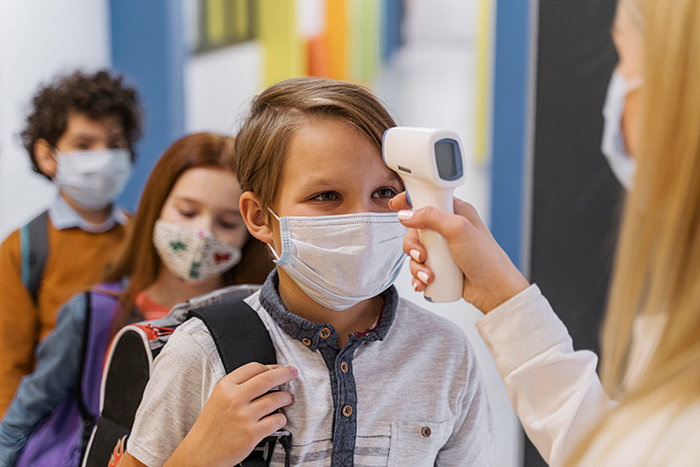 The New Mexico House passed a $7.39 billion budget Wednesday, Feb. 24, that would increase spending by 4.6 percent, with much of that going to schools, health care and state employees.

After moving through the House Finance and Appropriations Committee on a unanimous vote, House Bill 2 passed the House on a 60-10 vote. Republicans who opposed the bill questioned some of the increases, but praised the process led by Committee Chair Rep. Patricia Lundstrom, D-Gallup.

“We can proudly say that we completed our constitutional responsibility of preparing a state budget during one of the most trying times the state of New Mexico has ever faced,” she said. “The pandemic, along with economic volatility, is a challenge for any budget maker, but we pushed through, and proudly, with a unanimous vote coming out of committee.”

The budget would leave about $1.76 billion, or 24 percent, in reserves.

In response to questions about the impact of new drilling restrictions put in place by President Joe Biden, Lundstrom said the oil and gas market thus far has been stronger than expected.

“The December forecast expected oil declines in the fourth quarter of 2020, but production actually increased in October and November,” Lundstrom said, adding that there are 61 rigs now in production in the state. “We track this very carefully. It’s just an incredibly important piece as we’re building the framework for the budget.”

The budget also anticipates an additional $1 billion for schools coming from the pandemic-relief act now under consideration in Congress.

“We know that having lost this last year of in-person learning time, that making that up is going to be key for New Mexico’s children, our families and our future,” he said. “That’s why we take great pride that there is a $110 million increase for extended learning time for K-5 Plus.”

Rep. Rebecca Dow, R-Truth or Consequences, said the money should not go to school districts that refuse to return to in-person learning. She voted against the bill.

Lundstrom said the budget assumes that all schools will be open in the fall. But she noted there are 89 school districts in the state, and each one has its own locally elected board.

Lundstrom said the Yazzie-Martinez lawsuit of 2018 requires the Legislature to continue increasing investments in education.

The budget increases spending on Medicaid by $64 million to take advantage of a federal expansion passed during the pandemic that allowed more people to enroll.

State Medicaid Director Nicole Comeaux explained earlier in the session that New Mexico now leads the nation, with about 46 percent of state residents enrolled in Medicaid.

The federal government increased Medicaid funding by $75 billion during two enhanced quarters to expand coverage, said Rep. Candie Sweetser, D-Deming. She said there was a temporary increase in enrollment of about 10 percent.

Since Medicaid is a hybrid program, with federal and state governments both contributing, the increased enrollment has meant more costs for the state.

The budget also increased funding for the New Mexico Department of Health by 3.4 percent, which Sweetser said would allow for expansion of community support waivers for the developmentally disabled and more funding for suicide prevention.

“Budgeting for health and human services needs is always a balancing act, but especially during a pandemic, when so many New Mexicans are struggling and suffering,” she said.

The budget includes $325 million to replenish the Unemployment Trust Fund, $17.5 million for the Local Economic Development Act (LEDA) and $7 million for the Job Training Incentive Program. There also is an additional $402 million for several economic development bills working their way through the process.

State Department of Workforce Solutions Sec. Bill McCamley explained earlier in the session that the state was forced to borrow heavily from the federal government to cover the flood of unemployment claims that came in during the pandemic.

“If we don’t start paying that back by the end of the year, we could be up to $500 million in the hole,” Lundstrom said.

Bills funded by the budget include House Bill 11, which funds LEDA projects; Senate Bill 2, which would waive liquor license fees; and SB 3, which would make low-interest loans available to small businesses.

$300 million for state and local roads.

$13.4 million for tribal education needs, such as libraries.

$12.7 million for clean-up, restoration and protection of state lands.

The bill now moves to the state Senate, where additional appropriations will be added.

“The House left a little bit of room for us, but not much,” Senate Finance Chairman George Muñoz, D-Gallup, said Wednesday.

MEGA Chanukah on the Plaza