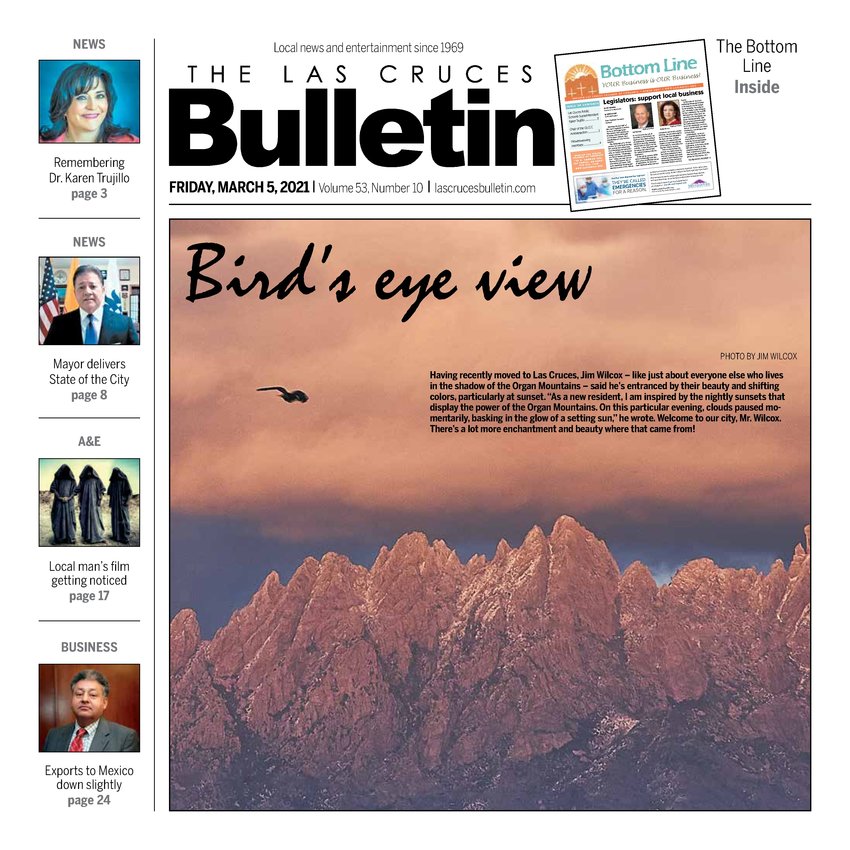 This is the second in a Bulletin series about Las Cruces’ award-winning high school performing groups. This week, we recognize the Las Cruces High School Wind Symphony, which was selected as the 2021 New Mexico Music Educators Association’s (NMMEA) state honor band.

“This is the fourth time the LCHS Band has been selected with this honor, the most recent being in 2011,” said Ty Frederick, LCHS director of bands and president of Southwest NMMEA. “We are also proud to have partnered with the Centennial High School Bella Voce Choir, the 2021 NMMEA state honor choir, and their director, Christa Fredrickson, for this amazing performance. (Both groups performed virtual honor concerts Jan. 9.)

Tai Mikulecky is the assistant director of the Wind Symphony.

“This year has been unlike any other,” Frederick said. “In a typical year, we would be traveling to Albuquerque for a live performance on the stage of Popejoy Hall at the University of New Mexico. This year, with everything being virtual and online, we had to not only rehearse all students virtually, but they could only record themselves one at a time. The students never heard their bandmates or what the music sounded like as an ensemble until the end of the project.

“After recording each student’s audio, we filmed them and created a virtual performance. For this performance, we were lucky to have three brand-new pieces of music composed for the group, including “Swan Named Star” for woodwind choir by Alex Tedrow, “Vigilantly Auspicious” for brass choir by J. David Beasley and “Land of Enchantment” for concert band by Carol Brittin Chambers.

“Now that we have finished this project, we would like to express our overwhelming gratitude to all of our band students and their families,” Frederick said. “This was such an amazing journey, and it was made even more spectacular with all of you joining us this past semester. To both the LCHS Wind Symphony and CHS Bella Voce, thank you for your amazing musicianship and love for what we do!”