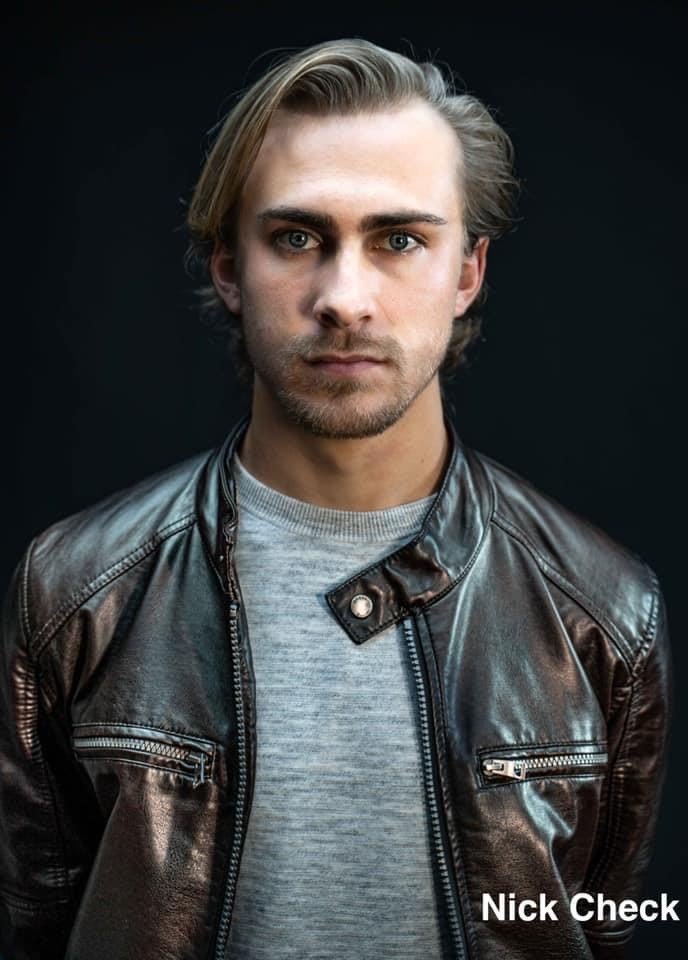 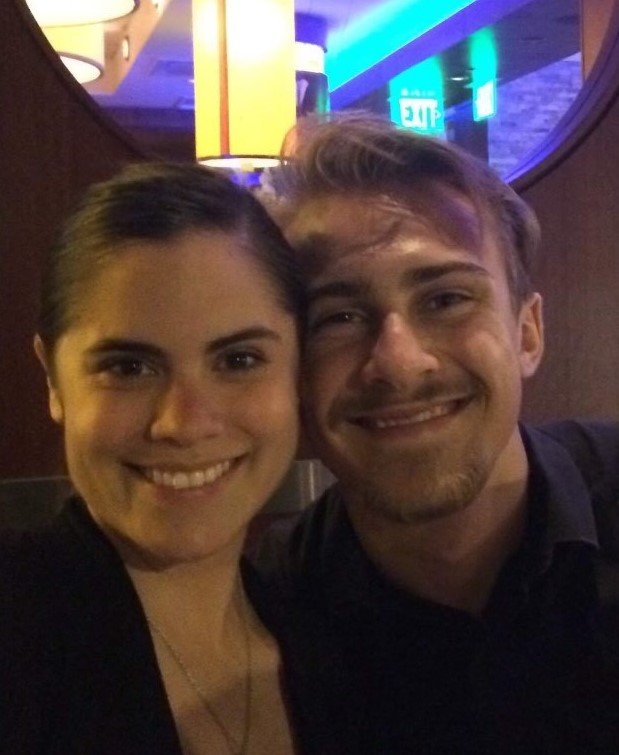 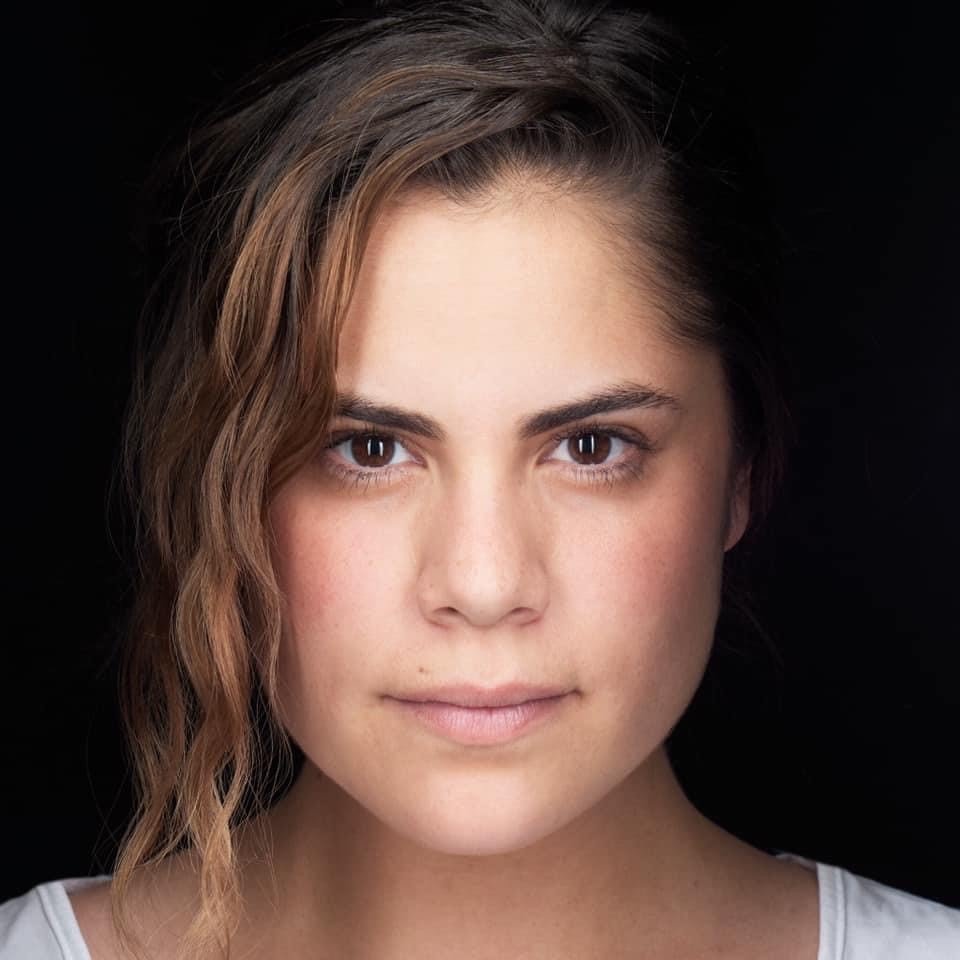 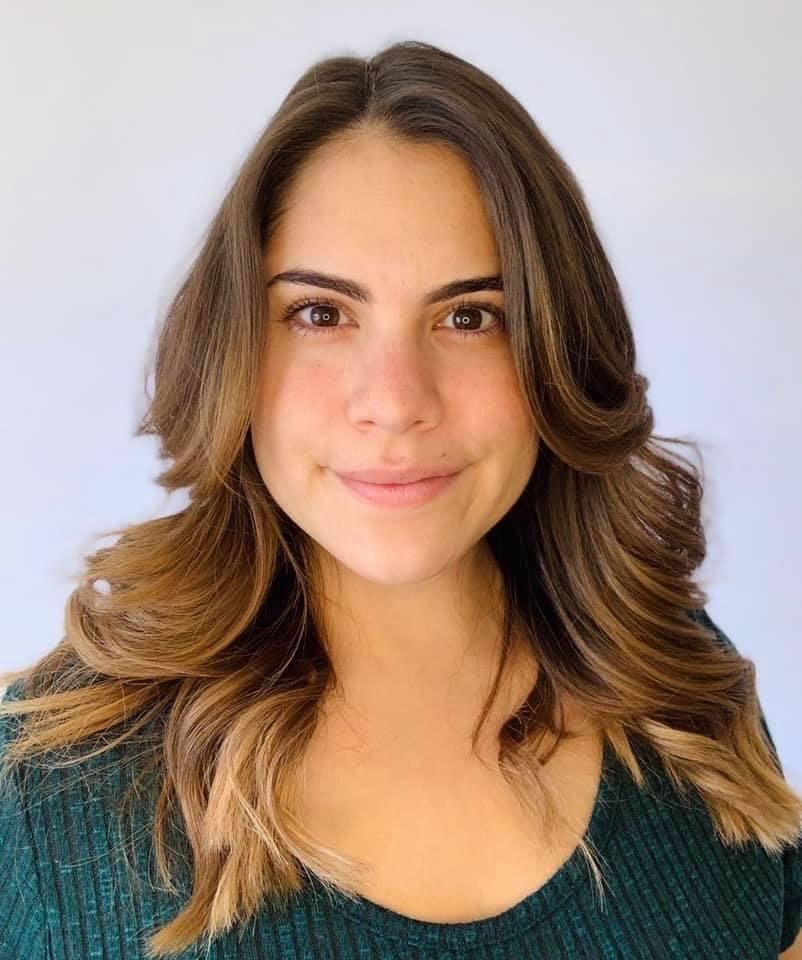 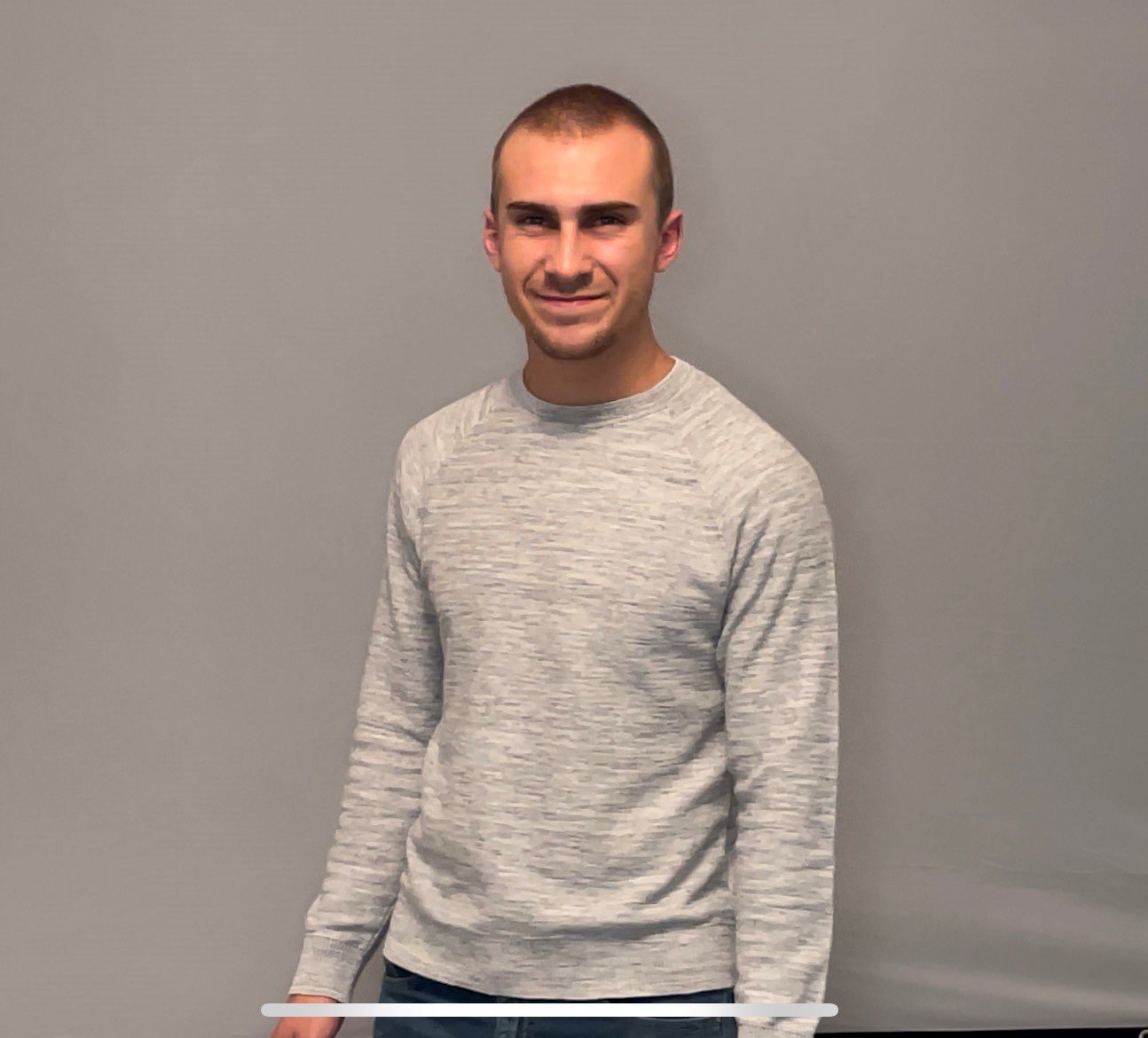 Nick Check and Jessica N. Jimenez celebrated their fourth anniversary as a couple in November by doing what they love most – working 12-plus hour days on a movie set.

In fact, the two young Las Cruces actors – he is also a set dresser and builder, and she is an on-set costumer – worked about 80 very full days each in 2021 on major motion pictures and local films that were shot in Las Cruces, Mesilla and the surrounding area.

“The stars aligned,” said Check about his featured role in the film, in which he plays the boyfriend of Harlow Jane, who starred in the film along with her father, Thomas Jane.

In addition to his acting role, Check is listed as set dresser for “Dig.”

Check also spent a week on the crew of Bruce Willis’ film “The Knight.”
Check helped build the entire bank used in the movie, he said, along with NMSU Creative Media Institute graduate Ryan Robson and AJ Tuminarro, also of Las Cruces, who was the lead man/key builder.

Check and Jimenez each worked for several weeks on “The Locksmith.” They wished each other “happy anniversary” on the set the first day of shooting (Nov. 15) in Las Cruces, and then said, ‘OK, gotta go,’” Jimenez remembers.

“He was so nice,” Jimenez said of Gugliemi, who did not want special treatment from her or anyone else on set. Of Italian and Mexican descent, Gugliemi grew up in the barrio in Santa Monica, California, where he was abandoned as a child and homeless for a time before becoming a successful actor, writer, producer and motivational speaker.

“He remembers where he’s from,” Jimenez said.

Jimenez said Gugliemi gave her “hope for the future” for her own career as a professional actor with Hispanic roots.

“I know I fit in somewhere,” she said.

Jimenez said she also bonded with actor Bourke Floyd during “The Locksmith.”

She also was on-set costumer for “Hot Seat,” which brought Mel Gibson to Las Cruces.

Jimenez and Check both worked locally with crew members who had been on the set of “Rust” in Santa Fe last October when a cinematographer was accidentally shot and killed because a revolver fired by actor Alec Baldwin was mistakenly loaded with live ammunition.

As a result of that incident, Jimenez said, there were no real guns on the set of “The Locksmith.” Authentic-looking rubber and airsoft guns without any kind of ammunition were used instead.

Jimenez’s costuming for Bosworth in “The Locksmith” included $300 jeans and a Gucci sweater shipped in from Saks Fifth Avenue in Los Angeles, she said. But both she and Check have worked on local films with budgets of $100 or less, where props and set pieces are acquired by “borrowing something from Uncle Bob’s best friend’s son,” Check said.

For Las Cruces filmmaker Brandon Tyler’s 2021 “Arkansas,” Etc.” short film, Check’s character needed a motorcycle, which Check was able to borrow from a friend of his father’s. For that same movie, Jimenez shopped at Savers for costumes. She also drove a front-end loader in the movie and served as intimacy coach for Check and co-star Imani Caldwell.

Check and Jimenez are both graduates of the New Mexico State University Theatre Department, where they learned acting skills as well as stagecraft and costuming.

Jimenez has always loved to sew, she said, and credits Juneice Robinson for beginning their collaboration designing and creating a wide range of costumes in the NMSU costume shop. Jimenez also worked with Las Cruces director, producer and screenwriter Robert Dean, and introduced him to Check, who helped get Check work on “Dig” and as an actor and set builder on other films.

“She started my whole career,” said Check, who also expressed his gratitude to David Herford and Jim Billings in the NMSU Theatre Department for helping to develop his set-building skills.

Both actors are hoping to find agents in 2022, but their original plans to move to Albuquerque or Los Angeles, where most movie roles are cast, may be put on hold if film production continues to boom in Las Cruces.

While Check and Jimenez hope to continue building sets and making costumes, the first thing both do for any film they are a part of is audition.

“We both want to act,” Jimenez said. “We’re thirsty for it.”