Latest report shows no sustained allegations for use of force, rudeness, vehicle pursuits 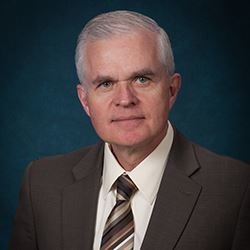 For the period of July 1-Dec. 31, 2018, 18 total cases of wrongful conduct of officers and employees of the Las Cruces Police Department received full investigations, a City of Las Cruces consultant told the city council at its Monday, Oct. 28, work session.

The cases, including seven filed by citizens and 11 initiated from within the department, involved a total of 38 officers and LCPD employees and a total of 81 allegations, said Jim Dudley, a retired deputy police chief with the San Francisco Police Department who now works for Public Safety Strategies Group (PSSG). PSSG has audited the LCPD Professional Standards Unit’s external audit reports since 2014.

The July-December 2018 report showed an increase in complaints filed from previous reports in part because LCPD is doing more public outreach to solicit community input about the behavior of police officers and LCPD employees, Dudley said. Las Cruces Police Chief Patrick Gallagher “welcomes … complaints as well as praise for officers.”

Gallagher, who became chief in January 2018, noted that allegations in the report include the conduct of police officers both when they are on duty and off duty. Gallagher said he did not see any developing trends in community complaints against officers and department employees.

Gallagher also responded to a concern raised by Councilor Jack Eakman, who noted that the report included four sustained allegations about truthfulness. The chief said truthfulness is “the cornerstone of what we do,” and said some of those allegations arose as a result of police officers’ off-duty conduct. “We take it very seriously,” Gallagher said.

Eakman and other councilors also expressed concerns about the quality of the PSSG report because it was presented more than 10 months after the end of the reporting period and didn’t include data from previous reporting periods for comparison purposes.