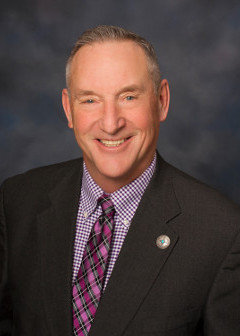 For state Sen. Bill Soules and many of his colleagues, “lots of the real work” on legislation gets done during the long gaps between sessions of the New Mexico Legislature.

Soules also serves on four interim committees, and spends an average of three days a week between sessions attending committee hearings across the state.

He is chair of the Legislative Education Study Committee (LESC), which has met in Hobbs, Socorro and Santa Fe since the 2021 legislative session ended; vice chair of the Public Schools Capital Outlay Oversight Task Force, which has met three times since the session included, including two meetings in Santa Fe and one held virtually; a member of the Science, Technology and Telecommunications Committee (TSSC),  which was created in May and has held meetings in Las Cruces and Los Alamos and one virtual meeting; and an advisory member of the Indian Affairs Committee (meetings in Gallup, Shiprock and Farmington since the session ended, plus one virtual meeting).

LESC meeting agendas have included changing high-school graduation requirements, the role of middle school in setting students up to succeed and a review of the more than $1.5 billion in federal Elementary and Secondary School Emergency Relief Fund money the state has received in response to Covid-19.

Among many other items on its work list, TSSC will focus on efforts to increase broadband development statewide and energy system modernization, including a look at the ability of the state’s current grid to meet anticipated demand.

The hearings are very important to legislators, Soules said, because they don’t have time to fully understand the hundreds of bills that are introduced during the legislature’s 30-day (even years, like the one coming up in 2022) and 60-day (odd years) sessions.

Since he began serving in the legislature in January 2013, Soules said he has put an average of about 15,000 miles a year on his car traveling to interim committee hearings.

The travel is “a good time to catch up on phone calls,” he said (Soules has a handsfree phone system in his car), and “driving this state is incredibly beautiful,” he said. “During the day, the scenery is spectacular.”

Legislators receive per diem during the travels, but are not paid.

If he’s frugal, the per diem covers mileage, lodging and meals, said Soules, a retired teacher and principal and former member of the Las Cruces Public Schools Board of Education.

Soules also travels frequently to meetings of national organizations he belongs to as part of his legislative service, including the Council of State Governments, National Conference of State Legislators, National Caucus of Environmental Legislators, national Energy Council and the Border Legislative Conference.