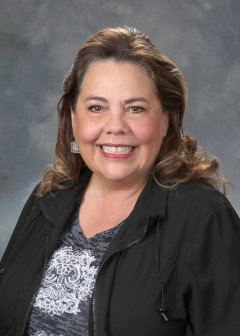 Patty Lundstrom
Posted Wednesday, May 4, 2022 8:57 am
State’s tax system has pluses and minuses

New Mexico’s tax system has relative strengths and weaknesses compared with other states.

• The complexity of the state’s GRT can be a competitive disadvantage to businesses in the state.

• New Mexico’s PIT structure makes it a less volatile revenue source compared with peer states, although it accounts for a smaller relative share of revenues; in 2016 (the study’s reference year), PIT made up 25 percent of state tax revenue compared with an average of 49 percent in peer states.

New Mexico’s tax climate index ranking is relatively low for individual income taxes and sales taxes, ranking 31st and 41st, respectively. However, New Mexico ranks No. 1 for its property tax climate and ranks in the top 10 for state corporate income and unemployment insurance taxes. Overall, New Mexico is in the middle of the pack, ranking 23rd in the 2021 state business tax climate index. The state has ranked between 23rd and 28th in the index since 2014.

According to a Tax Foundation business tax climate report, the absence of a major tax is a common factor among many of the top 10 states. Property taxes and unemployment insurance taxes are levied in every state, but Nevada, South Dakota and Wyoming have no corporate or individual income tax; Alaska has no individual income or state-level sales tax; Florida has no individual income tax; and New Hampshire and Montana have no sales tax. This does not mean, however, that a state cannot rank in the top 10 while still levying all the major taxes. Indiana, North Carolina, and Utah, for example, levy all of the major tax types, but do so with low rates on broad bases. New Mexico’s lowest rated tax is the GRT, mostly due to high local rates.

majority of the state’s 112 lawmakers, bit by bit, we are reshaping the state’s tax structure into one that better serves New Mexicans and New Mexico businesses.

This year, that conversation should include the idea of eliminating or greatly reducing the rates of the personal income tax. I can almost hear the collective gasp, but consider this: The fastest growing states and communities have no income tax and, hoping to gain an edge in the competition to attract businesses, more states are going that direction. Mississippi legislators are considering a plan to cut its top rate to 4 percent by 2026, Louisiana cut its top rate to 4.25 percent last year, and Arkansas will take its top rate down to 4.9 percent by 2025.

Businesses are attracted to tax stability. More than the periodic tax rebates popular among individuals, businesses want to know what they’re working with long term. They want a clear picture of what the tax

environment will be next year and the year after that. While the personal income tax doesn’t directly affect the taxes paid by a business, it does affect its owners and employees and influences their decision

on where to locate.

New Mexico’s tax environment is getting more stable, providing room for reform efforts. While revenues are still buffeted by the roller coaster energy industry, the Legislature has taken steps to stabilize long-run planning, with the creation of a more robust rainy-day fund and a commitment

to leave hefty balances in reserves. That greater stability allows us to build budgets and tax reform on a more reliable foundation.

of the three-legged stool that supports state revenues. The state can’t eliminate the tax without making up at least some of the revenue somewhere else.

Patty Lundstrom, a Democrat, has represented District 9 in the New Mexico House of Representatives since 2001. The district includes portions of McKinley and San Juan counties. Lundstrom lives in Gallup, where she serves as executive director of the Greater Gallup Economic Development Corporation.