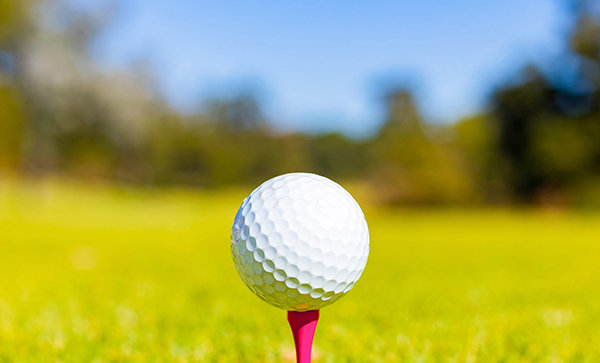 A shallow focus of a golf ball on a tee in a course
Posted Thursday, December 1, 2022 4:27 pm
By Charlie Blanchard

To continue from last week with the partially true but mostly humorous psychopathology afflicting millions of golfers, let’s start with the self-appointed rules expert.

Anal Rules Enforcer Syndrome. Think of the annoying bloke (or gal) who always trots out golf rules jargon when it is least welcome, frequently citing USGA rules gook quotations and readings in pompous legalese during a friendly round as if they were Bible passages. It’s the same know-it-all rules nerd who bothers everyone by sticking his nose where it doesn’t belong, like walking way out of his way to check the relief you’re taking from a cart path. Or driving his cart over to the pond where your ball met a watery grave, then proceeding to explain, in a tedious and uninvited manner, the different options for a penalty drop. This obnoxious fellow haunts every country club while pontificating about the latest details in the maximum length of drivers and the ban on anchoring any putter. It’s a sickness indeed, and a royal pain.

Golf Channel Insomnia. This sleep disturbance is a failure to fall asleep or to stay asleep because of a compulsion to watch whatever is on the Golf Channel, regardless of whether it is mindless infomercials or playing lessons with no-name pros or old highlights from the 1992 Kemper Open.  Often it is he spouse who suffers and complains. The next-day fatigue and sluggishness the golfer experiences can cause impairment in social, occupational and golfing functioning. Episodes of narcolepsy (uncontrolled sleepiness) on the golf course are predictable.

Intermittent Club-throwing Disorder. Marked by a pattern of behavior characterized by hurling or flinging golf clubs, this disorder is usually triggered by angry outbursts of uncontrolled temper, sometimes the result of bad luck but usually some bad golf. This is similar to “intermittent explosive disorder” defined by the failure to resist aggressive impulses resulting in aggressive acts grossly out of proportion to any provocation or stressor. Club throwing is a truly risky behavior and a danger to self or others or property. I was once playing with a former golfing friend who, in a violent outburst, flung his sand wedge toward his cart, shattering his laser rangefinder attached to the metal upright post. Luckily no one was in the cart.

Golfdoc’s Disease. A lot of diseases take the name of the discoverer, like Asperger’s, Pick’s and Alzheimer’s. Golfdoc’s disease (GD) is characterized by clinically significant maladaptive kinesthetic behavior (never hitting a proper or good shot) that is indicative of miserable golfing technique and poor reality testing. Quite often seen at practice ranges, GD sufferers appear to be completely oblivious to their own ineptitude, while simply continuing to flail away, like proverbial monkeys at typewriter keys. Under no circumstances should you approach those obviously afflicted by GD with uninvited and certainly unwanted advice, no matter how well-intended it might be. They don’t want instruction and lessons or otherwise they wouldn’t demonstrate the behavior you observe. The disease is sometimes called “duffer’s syndrome.” For those GD individuals there is a marked failure to notice that physical motions are not the least bit golf-like, and do not result in balls doing anything that resembles a golf shot. Among the golfing population (those who own or rent clubs) men are afflicted more than women, perhaps because men tend to be more stubborn and less coachable. The adult version of GD is hopeless but not serious.  But there is some question whether these folks should be allowed on the golf course proper due to the slowness and inevitable disruption of the pace of play for regular golfers. It may come to issuing a “certification” card to allow some folks to step on the course.

I’m still working on the diagnoses of “self-defeating golfer’s disorder,” handicap kleptomania” and “binge golfing syndrome,” which I hope to cover here sometime in the future.