Meet the new boss: Heiar says not much will change 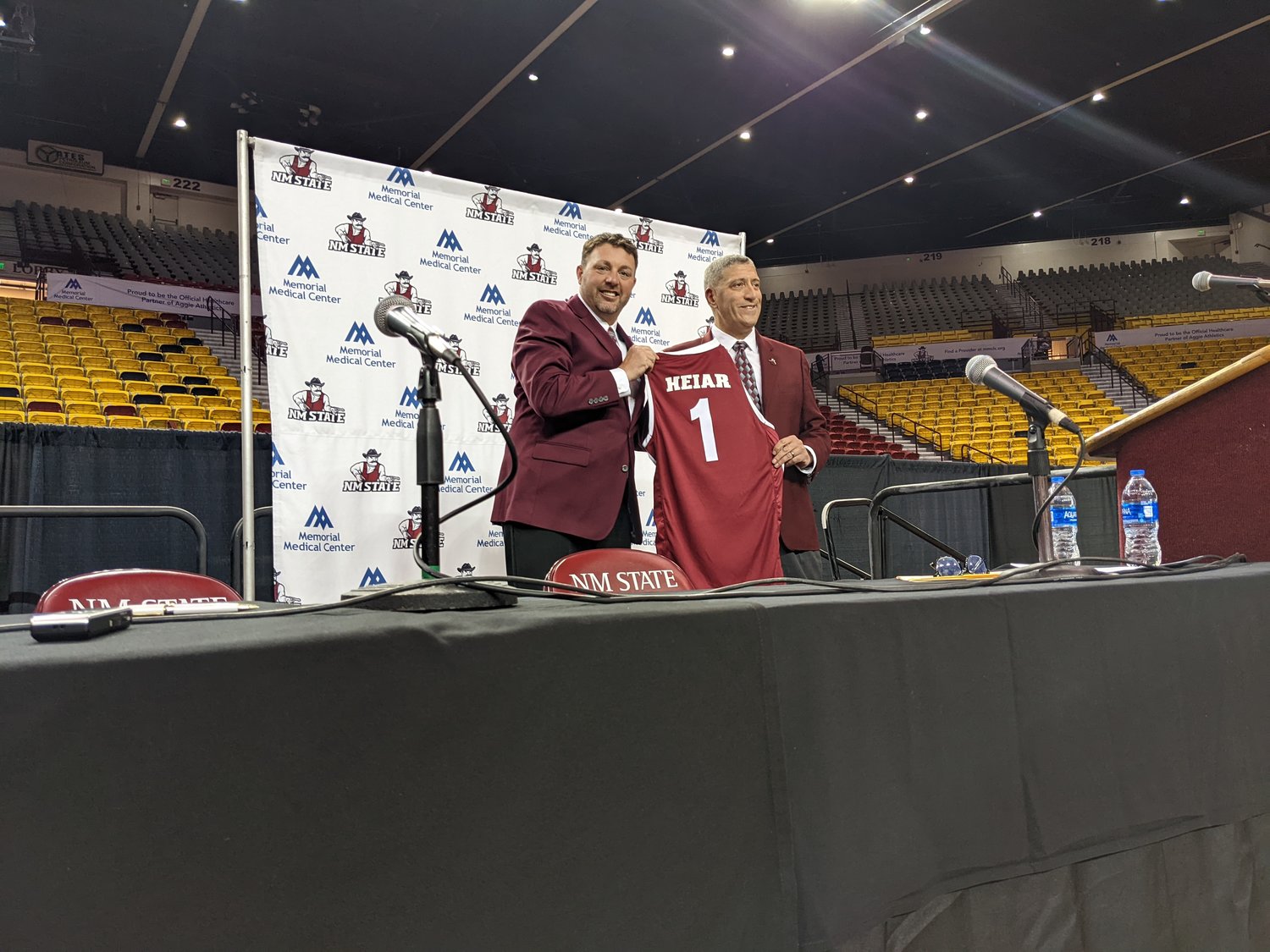 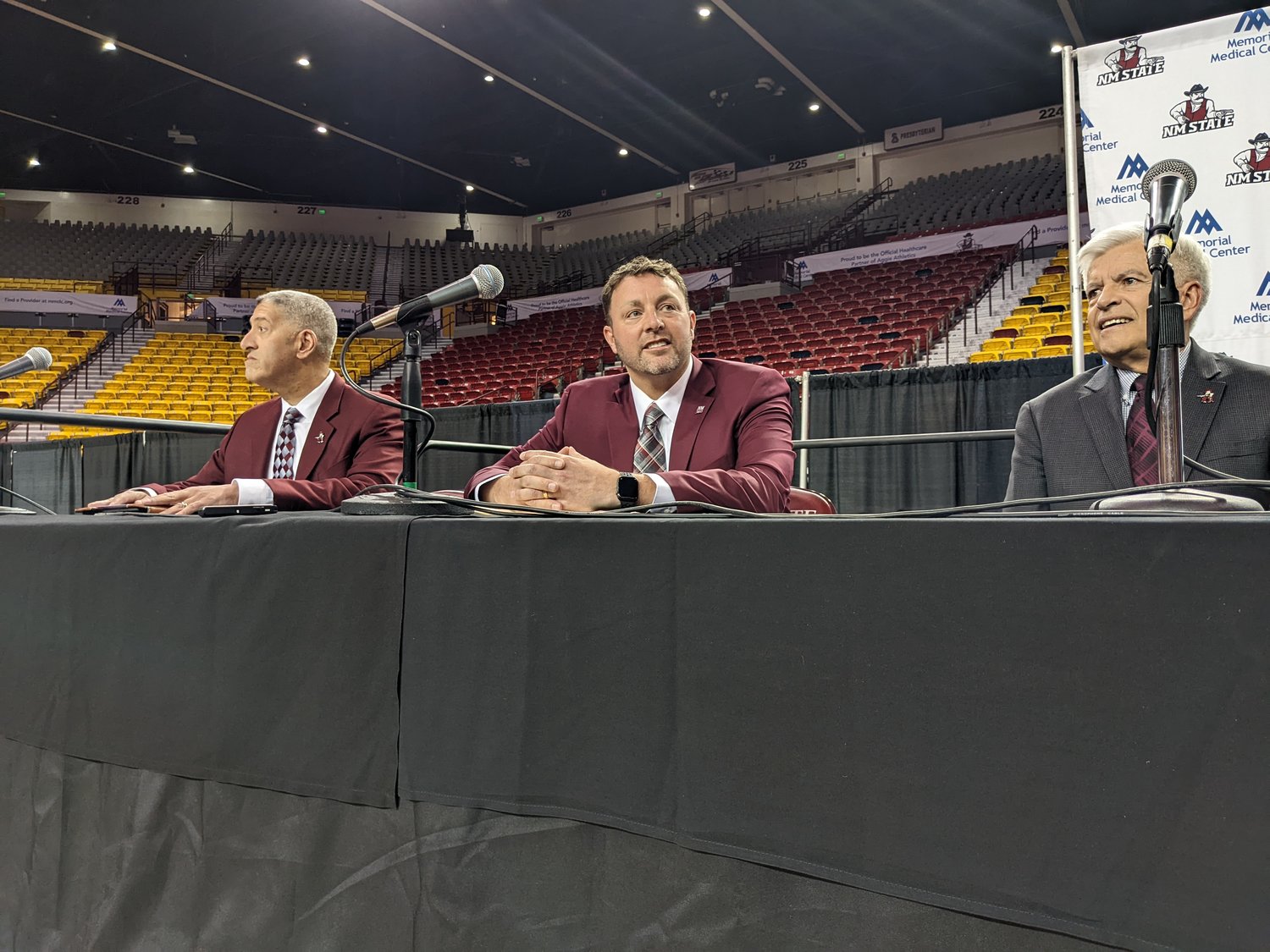 “Our culture will be based on, we will work till the work gets done, both academically and athletically,” Heiar said March 28 during his introductory news conference.

“The culture is real simple: It is about hard work,” said the Dubuque, Iowa native, who watched his parents put in long hours every day at the restaurant they own and run.

“It is all I know; it is how I was raised and we will continue to do that,” Heiar said.

NMSU Athletics Director Mario Moccia called Heiar the perfect coach to step into the void to lead the Aggie program.

“What sold me the most about Greg is the fit for our program, his relationships with student-athletes and his incredible passion and focus to win on a consistent basis at the highest level,” Moccia said.

Heiar has 22 years of coaching experience at the junior college and NCAA Division I and III levels.

Most recently, he guided Northwest Florida State College to a 31-5 record and the national junior college championship in his one year there.

He has also served as head coach for five years at Chipola College in Florida and as an assistant coach at Division I programs Southern Mississippi, Wichita State and Louisiana State.

While at Wichita State, he served on a coaching staff, along with Jans, that helped guide the Shockers to an unlikely run to the Final Four in 2013.

Heiar has known Jans, another Iowa native, for nearly 30 years. Heiar played for Jans, coached with him and coached under him. He also succeeded Jans as head coach at Chipola.

When coaching on the same staff, they were so competitive and intense, sometimes they would even get into fistfights over schemes and strategy, Heiar said.

“Not much will change,” Heiar said. “My personality is different (than Jans) but we have a similar background, similar roots.”He

Player development, working on fundamentals and a focus on defense and rebounding will continue, Heiar said.