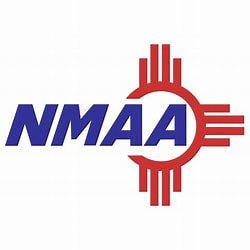 A young Mesilla Valley Christian softball team was the “Cinderella story” of the state A-2A playoffs.

The SonBlazers, with six eighth-graders and four freshmen on their team, worked their way through the consolation bracket and were one win away from playing for the state championship.

“I was very pleased and really happy,” MVC coach Rodney Pollard said of his team. “We did really well. We were overachievers in a lot of people’s eyes.”

The SonBlazers lost five times to Tularosa during the season – once in the championship game of the tournament they host each year, three times in district and once at state.

Their other losses were to Shiprock Northwest in the state playoffs and to Cobre, one of the top teams in 3A, during the regular season.

“I feel the future is bright as long as we want to compete with other people and continue to work hard,” Pollard said. “We like the taste we got.

“I am really proud of the girls,” he continued. “They worked their tails off and earned what they achieved. They came out and played good ball, competing. It was a Cinderella story.”