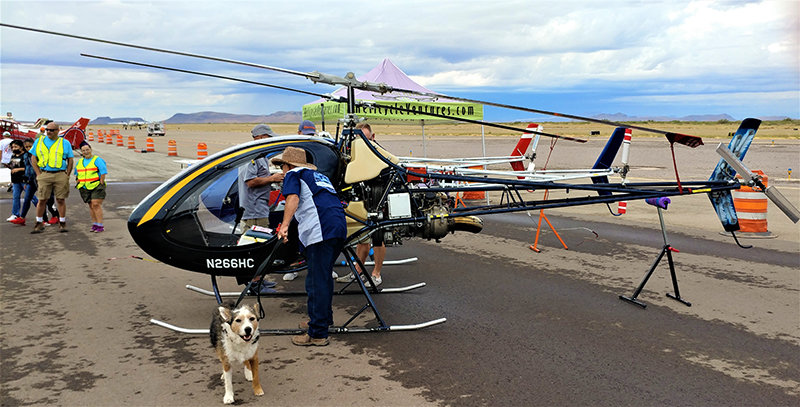 Hundreds of adults, children and even a few dogs attended the Wings n Wheels ‘Fest.
Bulletin photo by Mike Cook 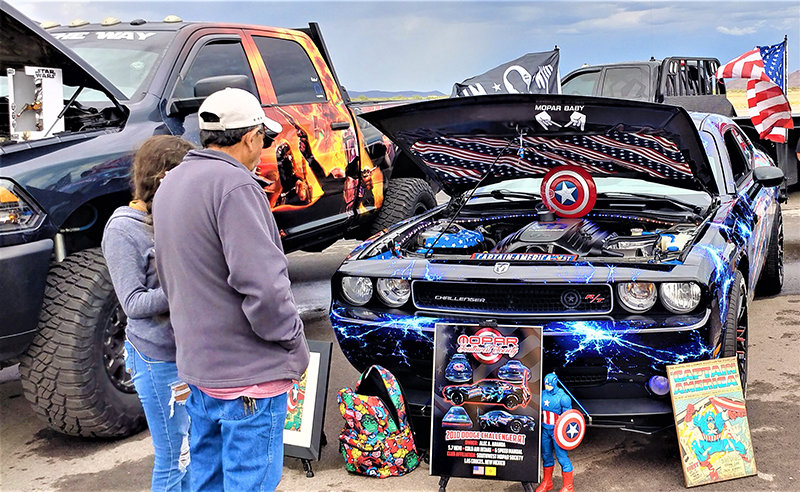 “I can’t get the smile off my face,” said pilot and state Sen. Bill Soules of Las Cruces during his attendance at Wings n Wheels ‘Fest, Saturday, Sept. 25, at Las Cruces International Airport (LCIA).

“This is absolutely wonderful,” said City Councilor Yvonne Flores, who is the council’s liaison to the airport.

All four vendors at the event sold out by early afternoon, Hahn said, offering his thanks to Jim Leon at Jim Bob's Barbecue, Vince Vaccaro at Lorenzo’s, Russ Smith at Happy Dog and the Army National Guard. Each vendor served more than 500 meals, Hahn said.

The show had 34 planes, 59 cars and four motorcycles on display, he said. A World War II-era B-25 gave test flights the Tuesday before Wings n Wheels ‘Fest started through the Sunday following the event, and “approximately 400 people came during the week to see her,” Hahn said. The B-25 flew 10 flights in three days, he said, and, with 70 passengers in Las Cruces and beat its last two tour stops in Amarillo and Oklahoma City, he said.

Hahn said the oldest car in the show was a 1930 Ford Model A that was driven to the airport. The newest entry was a 2022 Tesla. The show also included six trucks and one jet boat, along with 42 exhibitors.

Hahn said 14 handcrafted trophies were awarded “to best-of-show cars and airplanes, along with several people that were acknowledged with awards for their lifetime of contribution, achievement and mentoring efforts for the next generation in aviation and aerospace industry.”

“We couldn't have done this without the incredible support of (airport Administrator) Andy Hume and the City of Las Cruces. The airport staff worked very hard for months and did a great job preparing the airport for the event,” Hahn said.

“Our heartfelt thanks go out to all families in the Mesilla Valley and across the Southwest who, despite inclement weather in the morning, came out to support our Wings n Wheels ‘Fest and make it a stunning success,” Hahn said.

A nonprofit chapter of the national EAA, the Triple Nickel (as EAA 555 is called) was established in January 1976 and got its own hangar at LCIA thanks in part to former NASA astronaut and one-time Las Cruces resident Frank Borman, who donated part of a hangar he owned to EAA 555 in 2006.

EAA 555 promotes aviation “by supporting aircraft building, flight training and aviation safety.” It sponsors the local Young Eagles, an EAA program that has given flying opportunities to about 2 million youth across the country and thousands in the Mesilla Valley.