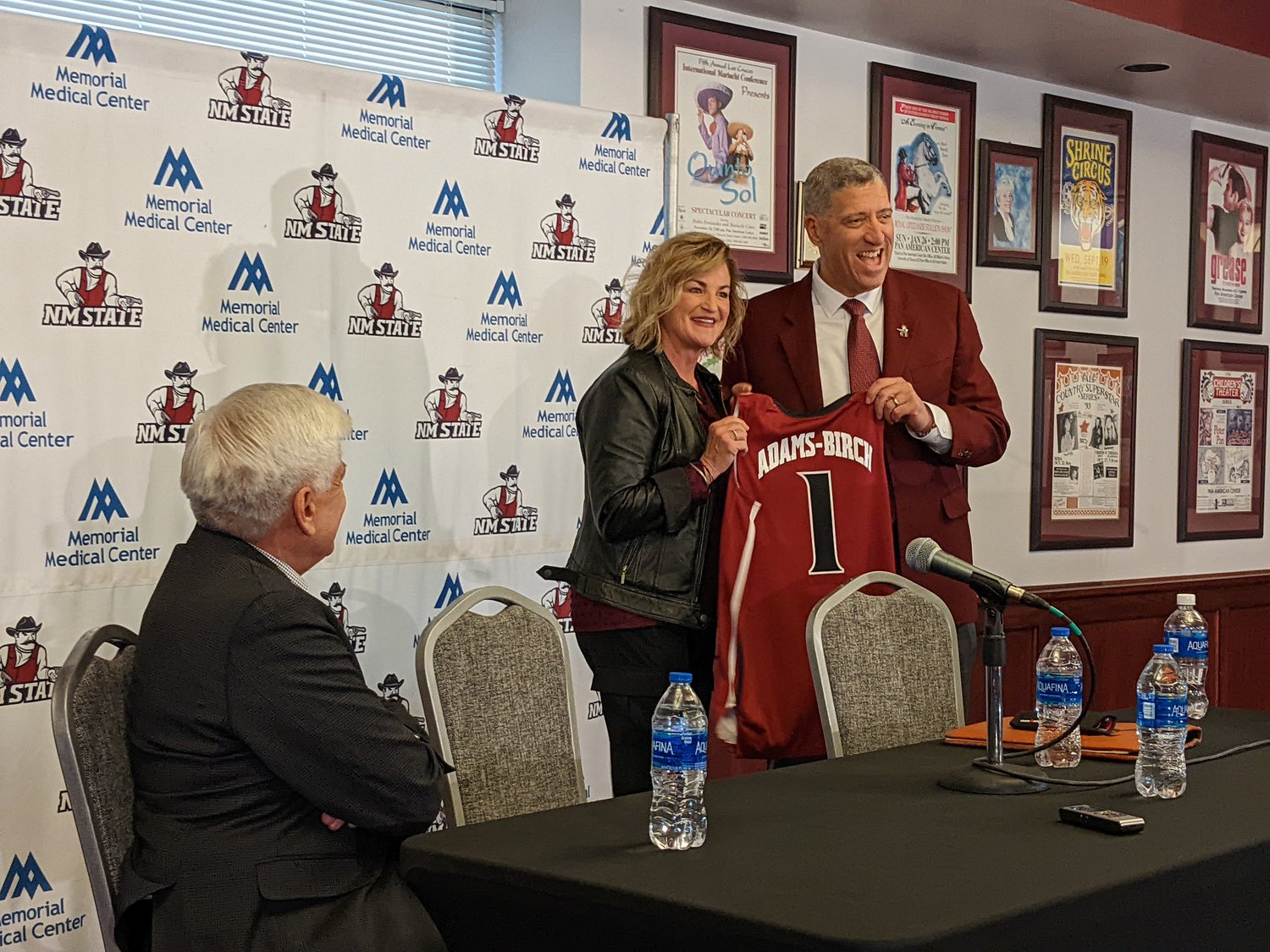 “Change is hard,” said Jody Adams-Birch during her introductory news conference April 1. “It is a little uncomfortable, but I know together, we will make the uncomfortable our way and we will hold each other accountable to our way, which will be winning ways.”

Adams-Birch, a native of Cleveland, Tennessee, knows plenty about winning.

During her playing days, she played for legendary head coach Pat Summitt at the University of Tennessee. Adams-Birch was the starting point guard for three Southeastern Conference championship teams and the 1991 national champions.

As a head coach, Adams-Birch is the all-time winningest coach at Wichita State and has won 185 games at the Division I level, including her one year guiding Murray State.

Most recently, she served as an assistant coach and then associate head coach at Southern Illinois from 2018-22. This past season, the Salukis won their first Missouri Valley Conference regular-season title since 2006-07.

“I didn’t score a bucket of all those (coaching) wins and accolades that were just given,” Adams-Birch told a handful of Aggie players at the news conference. “It wasn’t me. It was the people around me. This time of your life is special. It is epic. It is something that you can only do once.”

Everyone wants to be a winner, but becoming a champion takes a certain mindset and approach that demands improving each and every day, she said.

“It will be a challenge for them,” Adams-Birch said. “You always want to win. You want the score to be 98-2. But we want to play the right way – take care of the ball. We want to play some crazy defense, mother leopard defense. We are going to be hard to handle.”

Adams-Birch said she wants to be a “transformational coach” who understands “the hearts of her players behind their jerseys” and passes along the knowledge she has gained.

When Adams-Birch arrived in Knoxville more than 30 years ago, she said she was uncomfortable. The Volunteers had won two of the three previous national championships and the year they didn’t win, they went to the Final Four.

“They were all all-Americans, and I was looking at these guys and thinking, ‘Why am I here and how will I make an impact?’”

Adams-Birch said she had to embrace being uncomfortable. Summitt, who won more than 1,000 games in her career and eight national championships, challenged her young point guard to be more vocal.

“I got kicked out (of practice) one day,” Adams-Birch said. “I came back the next day after my dad hung up on me and told me to do what she tells you to do.

“What she taught me is something I didn’t know and it is what I am doing today – leading, being able to share my heart, teach winning in a different way,” Adams-Birch said.

“From that day forward, I got to say whatever I wanted. She created a monster.”

Now Adams-Birch wants to share those type of lessons with her new team.

She hopes her players “will have a diploma in one hand and a (championship) ring in the other.”

But winning goes beyond the basketball court, she added.

“Basketball is what we get to do,” she said. “It is not who we are. We are going to empower these women to be what they want in life.”

And maybe she’ll change a few lives, win some games and a few championships along the way.