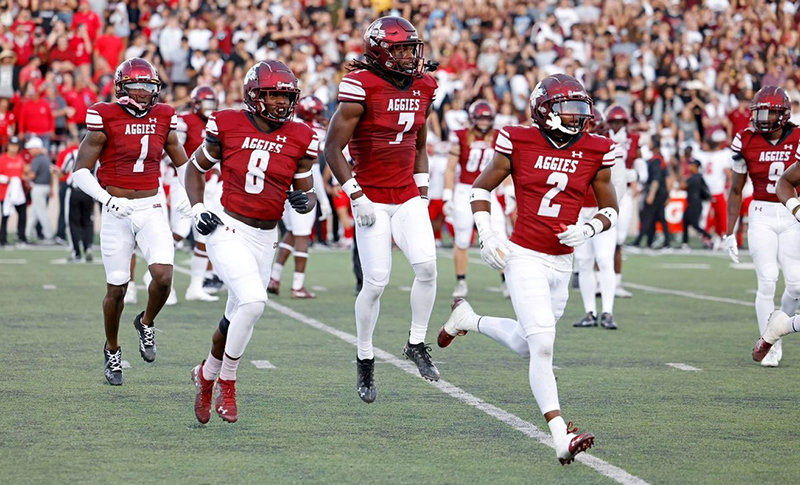 Most of us grew up with Monday Night Football. And we’ve had NFL and occasional college games on Thursday nights for quite a while.

The mid-week games are part of the Aggies’ transition to Conference USA, which entered a deal late last year with ESPN and CBS, designed to give the conference more TV exposure on nights not competing with so many other college games.

The Quick Lane Bowl champions will open the season with back-to-back games at Aggie Memorial Stadium. Once again, the Aggies will play on Week Zero (Aug. 26), kicking off the 2023 college football season against UMass. Western Illinois will head to Las Cruces the following week (Sept. 2).

NM State will begin its first season of Conference USA play on the road against Liberty Sept. 9. From there, the Aggies will travel to New Mexico (Sept. 16) and Hawai'i (Sept. 23) for a pair of non-conference games before an idle week.
The Aggies will host back-to-back midweek conference home games against Florida International (Thursday, Oct. 5) and Sam Houston (Wednesday, Oct. 11) following the road swing.
On Wednesday, Oct. 18, NM State will make the trip down Interstate 10 to battle UTEP at the Sun Bowl. Next, the Aggies head to Ruston, Louisiana, to meet Louisiana Tech (Tuesday, Oct. 24).

All games throughout the 2023 season are subject to date changes and some dates may move in the future to accommodate national television selections. A schedule of televised games will be released at a later date.