NM State baseball falls to No. 3 Oregon State in 10 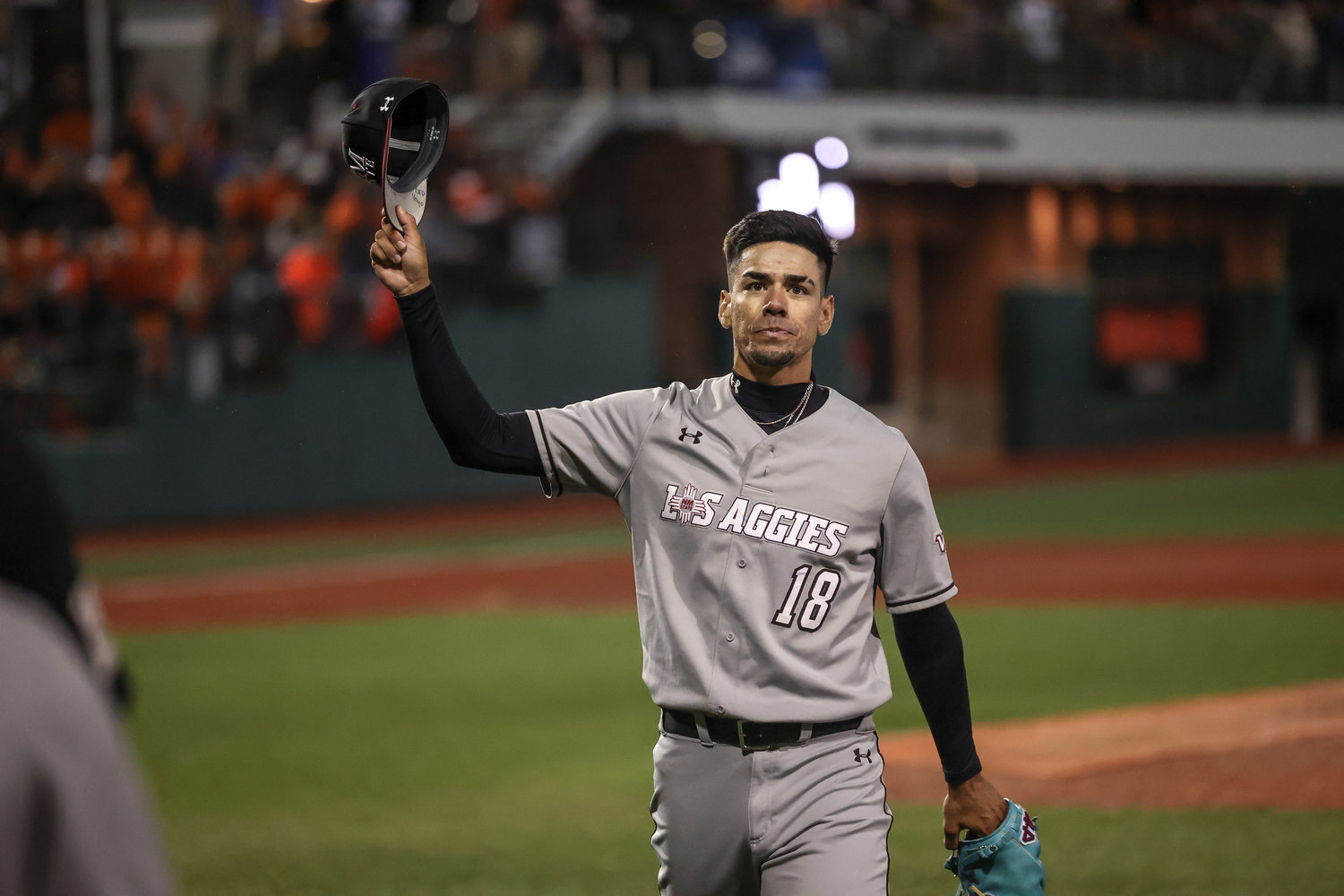 CORVALLIS, Ore. –  Across the nation, all eyes were on NM State baseball on Friday night. As the last NCAA Tournament game in action, the Aggies put on a show that will be talked about around Las Cruces for years. The Aggies had the third-ranked Oregon State Beavers on the ropes late into the game.

A bases-loaded walk in the tenth inning allowed Oregon State the walk-off victory in front of a sold-out crowd as the Aggies fell 5-4. A packed house of 3,988 fans continued to live and die with every pitch of postseason baseball.

Oregon State pushed a run across in the first inning but the lead was short-lived. Continuing his hot streak from Mesa, outfielder Tommy Tabak singled home Kevin Jimenez to tie the game.

The score would remain knotted at one for several innings as Ian Mejia and Cooper Hjerpe entered a pitching duel for the ages. With MLB scouts flooding the concourse for a glimpse of the Beavers' top prospect, Mejia did everything he could to keep NM State in the ballgame.

After a leadoff double in the fifth inning, the Beavers once again took the lead with a single to plate a run. Mejia would retire the next two hitters to end the inning.

Tabak once again played the hero in the seventh inning, giving NM State a lead over Oregon State, sending shockwaves across college baseball. With the bases loaded from free passes, Tabak ripped a double to left-center and gave NM State a 3-2 lead.

In the bottom half of the inning, the Beavers matched the crooked number from NM State with two runs of their own. Oregon State would hold the one-run lead until the ninth inning. Mejia gave way to Alex Bustamante with one out in the eighth inning, earning a standing ovation from the Oregon State crowd.

Preston Godfrey got to play the ninth inning hero when he tied the game, once again putting the college baseball world on high alert. Nolan Funke led off the inning with a single before advancing to second on a Tabak groundout. Godfrey pushed a single back through the middle, scoring Funke from second and knotting the game at four.

After Bustamante held the Beavers scoreless in the ninth inning, extra inning baseball ensued and the two teams proceeded to the tenth. The Aggies left Jimenez in scoring position in the tenth inning before Oregon State won the game with a bases-loaded walk in the bottom half of the frame.

On Saturday, the Aggies will play an elimination game against Vanderbilt, beginning at 2 p.m. MT. Much like Oregon State, the Commodores are a traditional powerhouse in college baseball and will provide another tough test for the Aggies.