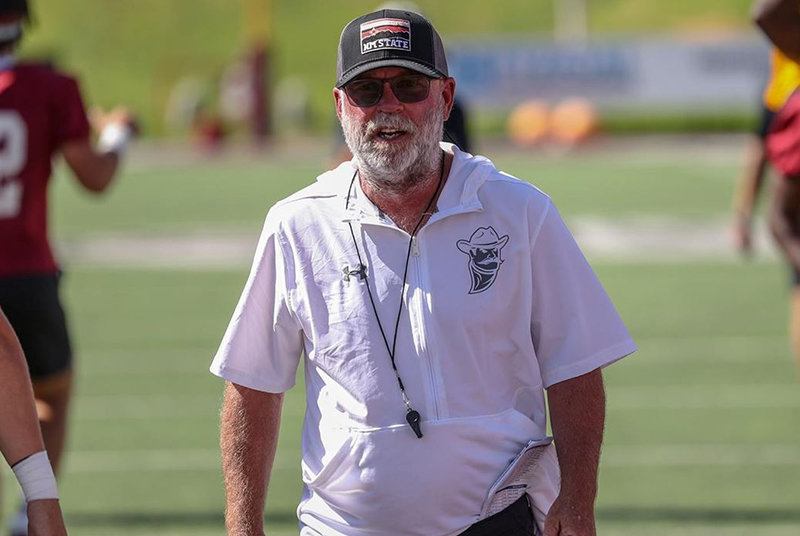 All indicators point to a big crowd for opening night.

Many Aggie fans will be curious to see NMSU in its first game under new head coach Kill, who brings with him a successful resume of coaching at the NCAA Division I level.

More than 13,000 tickets were sold through the “Stuff the Stadium” promotion, where more than 100 businesses and individuals purchased discounted tickets for elementary school children and community service clubs.

“New season tickets sales are almost triple last year, which is a direct by-product of hiring the ace, winningest active football coach, and his relentless efforts in the community,” said Aggie athletic director Mario Moccia, who spearheaded the “Stuff the Stadium” promotion. “Coach Kill has been everywhere, very visible in Las Cruces and around the state. He knows it’s critical for him to take the lead role, so I am sure we will have a pretty great crowd on Saturday, Aug. 27.

“We always try to make it a great gameday atmosphere, as festive as possible,” Moccia said.

This will be the Aggies’ final year competing as an independent in FBS football before joining Conference USA in the fall of 2023. The Oct. 1 game will be against Florida International, a C-USA team.

The slate of six home games includes the annual in-state showdown against the University of New Mexico at 6 p.m., Saturday, Oct. 15, which will also be Hispanic Heritage Day.

“We always love it when we have UNM here,” Moccia said. “This is the first time we’ve had six home games since 2013.”

Homecoming will be Oct. 22 against San Jose State.

Though it’s not a home game, the Aggies’ rivalry game against Texas-El Paso is just a few miles south on Interstate 10. That game against the Miners will be at 7 p.m. Saturday, Sept. 10, at the Sun Bowl in El Paso.