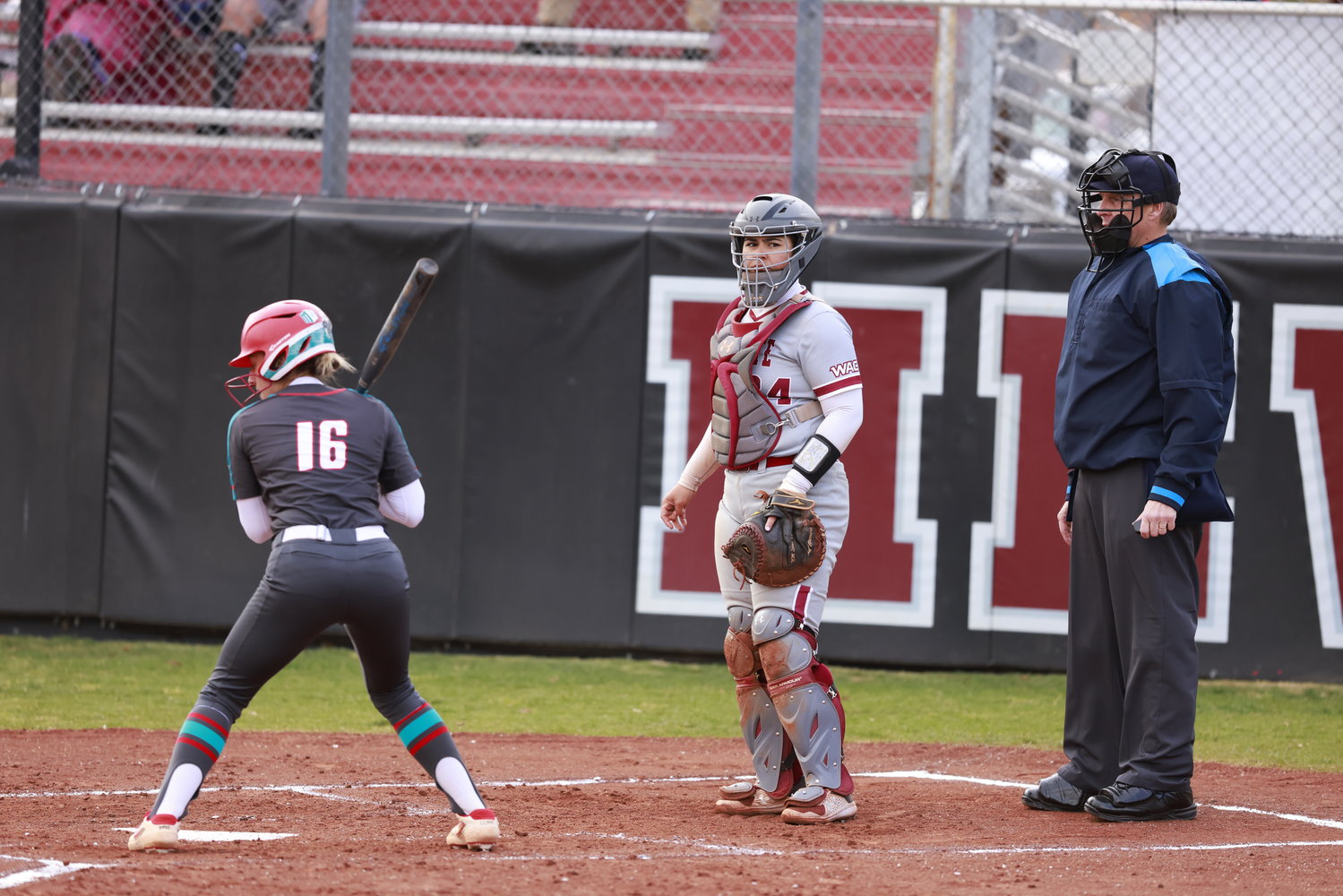 OREM, Utah – NM State jumped out to an early lead but would ultimately fall in the Friday midday clash versus Utah Valley. Despite outhitting the Wolverines, the Aggies were unable to score more than six runs, suffering an 11-6 loss.

Jordin King got the start for the Aggies and would eventually throw a combined 5.1 innings while striking out four Wolverine batters. Utah Valley starter Katie Zuniga pitched a complete game and gave up 13 hits and two home runs.

The Aggie offense quickly got to work in the series opener as Tanori and Taylor opened the game with a pair of singles. Some aggressive base running by Tanori allowed the leadoff hitter to reach third and helped Taylor get to second – putting runners in scoring position almost immediately. Ramsay Lopez then put a ball in play that brought home Tanori from third and gave the Aggies an early lead. Kayla Bowen followed Lopez with an RBI of her own, scoring Taylor an giving the Aggies a 2-0 lead after the top half of the first.

After starting pitcher Jordin King allowed just one hit in the first inning, the Aggie bats got to work again. Riley Carley led off the second inning with a single up the middle and would eventually score when Hailey Tanori collected her second hit of the afternoon to give the Aggies a 3-0 lead.

Utah Valley was also able to bring across a run in the second frame as the WAC's leader in hits, Madison Carr, drove in Mikaela Thomson off a hit that dribbled into no-man's land between the Aggie pitcher and catcher.

Three-straight singles to start the third inning loaded the bases for the Crimson and White with Paige Knight entering the batter's box and no outs gone. Knight was then able to do her job as she flew a ball out right field to bring home Kayla Bowen to score from third.

The Aggie defense took the field in the bottom of the third with a 4-1 lead, but Utah Valley was able to have its most productive half-inning of the first three innings as they posted three runs to even the score at 4-4 through three innings.

Following the Wolverines' three-run inning, NM State posted its first scoreless half inning as they were held to zero runs in the top of the fourth. Meanwhile, Utah Valley equaled its production from the third inning with three additional runs in the bottom half of the fourth to take its first lead of the day.

The Aggies were able to get one run back in the fifth as Hannah Lindsay hit a ball over the center field wall to notch her eighth home run of the season and pull the Aggies back to within two runs – trailing 7-5.

However, the Wolverines answered with their highest-scoring inning of the day as they tallied a pair of two-RBI hits to claim an 11-5 lead entering the sixth inning.

The sixth inning would turn out to be the lone scoreless inning and would set the Aggies up with a six-run deficit entering the final inning. Riley Carley would not allow the Aggies to go down without a fight as she hit a solo shot to center field to cut into the lead. NM State would put a pair of runners on the base paths following Carley's home run, however, Utah Valley would record the third out of the inning to conclude the midday tilt.

UP NEXT
NM State returns to Wolverine Field tomorrow to wrap up the regular season with a double header. First-pitch on Saturday is scheduled for noon (MT). Fans can watch both games on WACsports.com/watch.