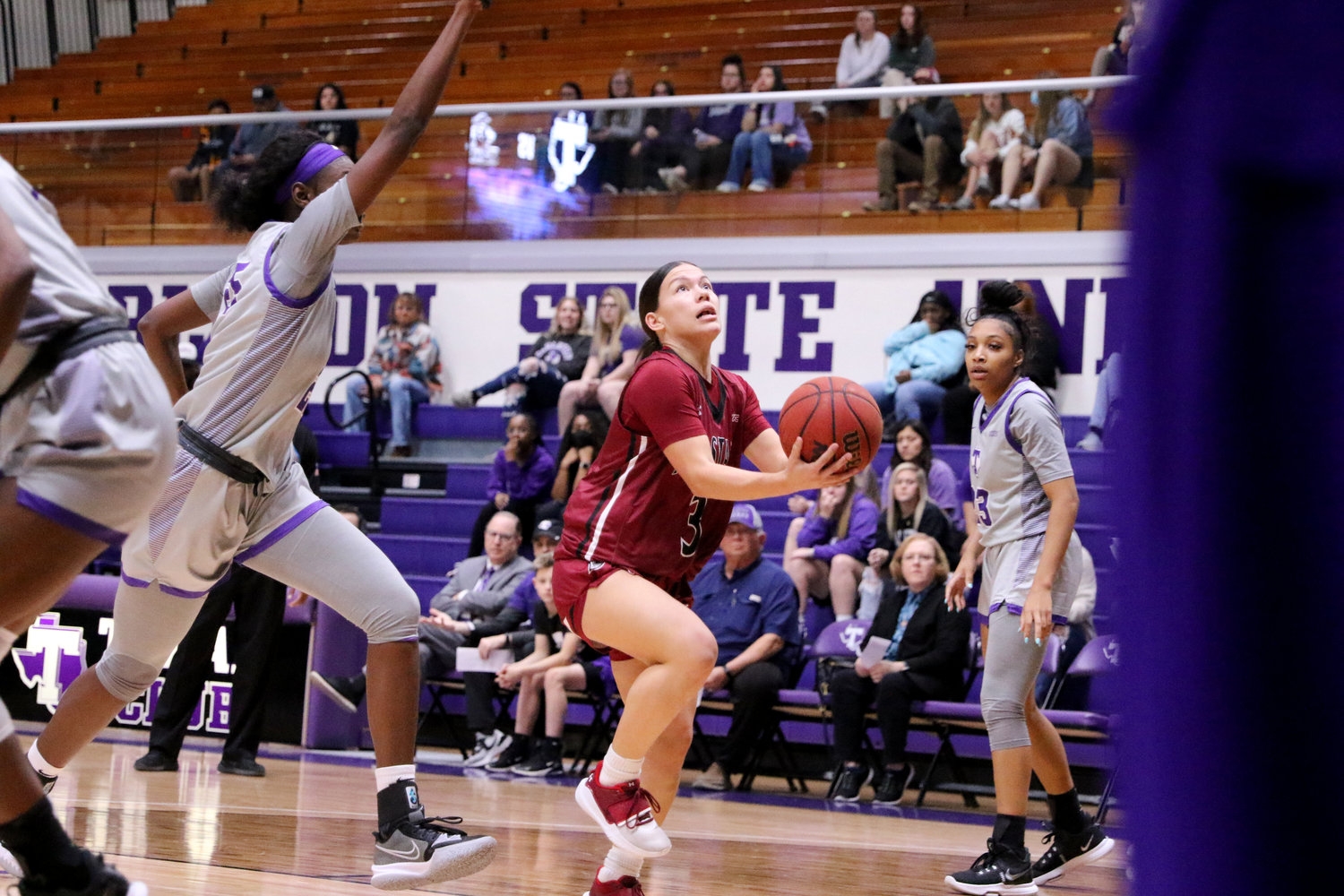 Opening Tip
• On Thursday, the Aggies return to the home quarters of the Pan American Center where they are winners of their last two games as they play host to WAC newcomer Sam Houston.
• In addition to the current two-game home winning streak, the Aggies will look to extend their streak of victories in home WAC games to three.
• During Brooke Atkinson's tenure, NM State has compiled a home league record of 25-5, including achieving an undefeated home WAC record in both the 2017-18 and 2018-19 seasons.
• NM State is currently 0-1 versus the Bearkats, dropping its lone matchup, 45-55, with SHSU when they met on Dec. 12, 1992.
• This will mark the first time that the Aggies face off with the Wildcats while residing in the same conference as Sam Houston made its way over from the Southland Conference last summer.
• Sam Houston makes its way to Las Cruces still in search of its first-ever WAC win as they are 5-10 on the season, including an 0-4 record in league play.
• The Kats have also faced all three WAC teams the Aggies have seen this season with their most recent result being a narrow defeat at home to Tarleton, 61-62.
• Against the Texans, Sam Houston received double-digit scoring efforts from a trio of Kats as Faith Cook scored 19, Madelyn Batista recorded 17 and Kaylee Jefferson managed 15.
• Head Coach Brooke Atkinson leads one of the WAC's top rebounding teams as the Aggies rank first in the WAC in rebounding margin at +4.9.
• The Aggies also rank in the top five among WAC team in field goal percentage (4th, .429), free throw percentage (4th, .695), rebounds per game (5th, 37.62), scoring defense (5th, 62.6), scoring margin (4th, 5.9), scoring offense (4th, 68.5), three-point field goal defense (3rd, .302), turnover margin (4th, +2.31) and turnovers forced per game (4th, 18.08).
• NM State is led in scoring by graduate transfer Bigue Sarr who ranks third in the WAC in both points (14.6) and rebounds per game (7.3). Sarr also posts a field goal percentage of 58.5 percent to rank second in the league and 14th in the nation in that category.
• The Aggies' starting point guard, Mel Isbell, is also one of the best in the conference as her assist-to-turnover ratio of 2.17 ranks second in the WAC and is among the top-50 in the nation.

Scouting the Bearkats
• After opening the season with four wins versus three losses, the Kats have dropped seven of their last eight contests and are currently amid a four-game losing skid.
• Sam Houston did find success last season as they finished the year 15-8 overall and 9-5 in Southland play before reaching the title game in the Southland tournament where they fell, 45-56, to fellow WAC newbie Stephen F. Austin.
• From last season's squad, the Kats returned four starters, however, lost eight of their 14 letterwinners.
• Entering Thursday, SHSU's top scorer is redshirt senior guard Faith Cook who scores 14.5 points per game to rank seventh in the WAC in scoring.
• Cook ranks first among her teammates in assists per game (2.9), three-point percentage (.337) and free-throw percentage (.770).
• Junior forward Madelyn Batista also plays are large role for the Bearkats as she leads the team in rebounding (8.1), blocks (1.1) and steals (1.8) per game.
• As a team, Sam Houston is one of the top offensive rebounding teams in the nation as they pull down 16.1 offensive boards per game to rank 11th in Division I this season.

Last Time Out | NM State 73, Abilene Christian 76 | Saturday, Jan. 15, 2022
• In yet another heartbreaker, the Aggies gave up a 19-point second-half lead to fall on the road to Abilene Christian.
• During a stretch that spanned the second and third quarter, the Aggies outscored the Wildcats 41-22 to hold a hefty lead at the 5:07 mark of the third period.
• In the second quarter alone, NM State shot 11-of-14 from the field and scored 23 of its 73 total points.
• In the closing two minutes of the game, the Aggies allowed ACU to outscore them 6-2 to take the lead and escape with a come-from-behind victory.
• Individually, the Aggies were led by Bigue Sarr who finished with 21 points and 12 rebounds as she recorded her fourth double-double of the season.
• The Aggies also received solid contribution from Tayelin Grays who posted 10 points and five rebounds.
• Soufia Inoussa and Taylor Donaldson each scored nine points to come in just behind Grays in the scoring column.
• As a team, the Aggies held the statistical advantage in field goals made, total rebounds, three-point percentage, second-chance points, blocks and assists, however, shot 20 fewer free throws than the Wildcats.
• This marks the Aggies' second-straight loss of three points or less and tallies three such defeats on the season.

Up Next
Following the NM State's meeting with the Bearkats, the Aggies were originally scheduled to host Stephen F. Austin on Saturday, Jan. 22. However, this game has now been postponed to a later, undetermined date.

Instead, the Aggies' next outing will be a make-up game itself as the Aggies travel to Chicago on Tuesday, Jan. 25 to take on Chicago State. This will be the first of two meetings between the Aggies and Cougars this season as Chicago State is set to pay a visit to New Mexico on Saturday, Feb. 26.

Sprinting Out of the Gate
The Aggies toppled Western New Mexico in their season opener, winning by a margin of 54 points. This marked the first 50-plus point win since last November when they derailed Park Gilbert, 92-38. Also, five Aggies reached double-digit scoring for the first time since Nov. 26, 2018, when they did so in a win over Northern New Mexico.

In the blowout win, the Aggies were led by Molly Kaiser who finished with a career-high 18 points. Oklahoma State transfer Bigue Sarr also had a productive night, posting 16 points and grabbing six boards in just 16 minutes of action.

Sights on Six
NM State will seek its sixth WAC regular season title since the 2014-15 season. The Aggies are 80-18 in conference play across the past seven seasons.

Preseason Picks
NM State was picked to finish in seventh place in the WAC Coaches' Poll while the media selected the Aggies to land in sixth this season.

Bringing Home the Hardware
Following her final season with the Aggies, Aaliyah Prince earned Second Team All-WAC and WAC All-Defensive Team honors. Prince finished the season ranked 11th in the league in steals per game while ranking 13th in points per game.