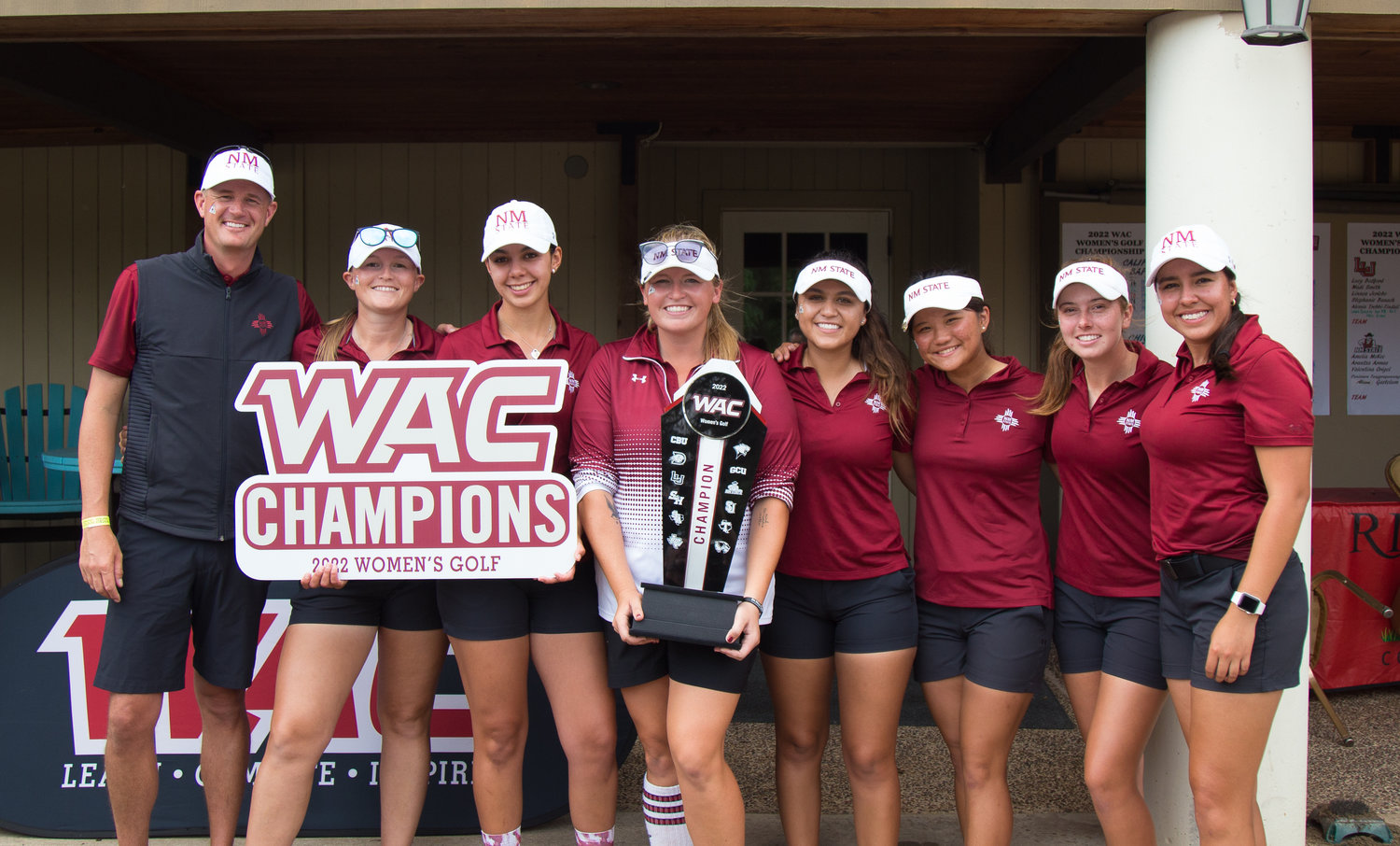 Whatever you call the most populous city in the state of New Mexico, you can also call it the next stop for the NM State women's golf team. The Aggies will head to The Championship Course at UNM to compete in the NCAA Women's Golf Regional. Three days of postseason will tee off on May 9.

"We feel very confident heading to the Albuquerque Regional. We've competed there a couple times within the past year, so the whole team has had the chance to see the course in tournament conditions. Although we haven't had a whole lot of success as a team there recently, we can build on some great individual rounds that a couple of the girls have had," said NM State head coach Danny Bowen, who was named WAC Coach of the Year for the third consecutive year. "All of the regionals are going to be extremely difficult to get through now that only 4 teams advance so we'll need our best tournament of the year to have a chance. Looking forward to the opportunity for this group."

NCAA Regionals feature 54 holes played over three days with the top-four teams and top-six individuals not already on an advancing team qualifying for NCAA Championships May 20-25 at Grayhawk Golf Club in Scottsdale, Ariz. The Aggies have qualified for the NCAA Championship 10 times.

Last year, the Aggies made the trip west to the Golden State to compete in the Stanford Regional. NM State finished their postseason trip with a top-ten finish, drawing to a tie with the University of Denver. Alex Quihuis, Alison Gastelum, and Amelia McKee all saw action for the Aggies, and bring a wealth of postseason experience to the 2022 NCAA Regionals.

NM State's last trip to Albuquerque for a regional came in the 2016-2017 academic year. Between May 8-10, 2017, the Aggies competed against Stanford, the eventual national runner up. On that trip, the Aggies finished the three days in 14th place.