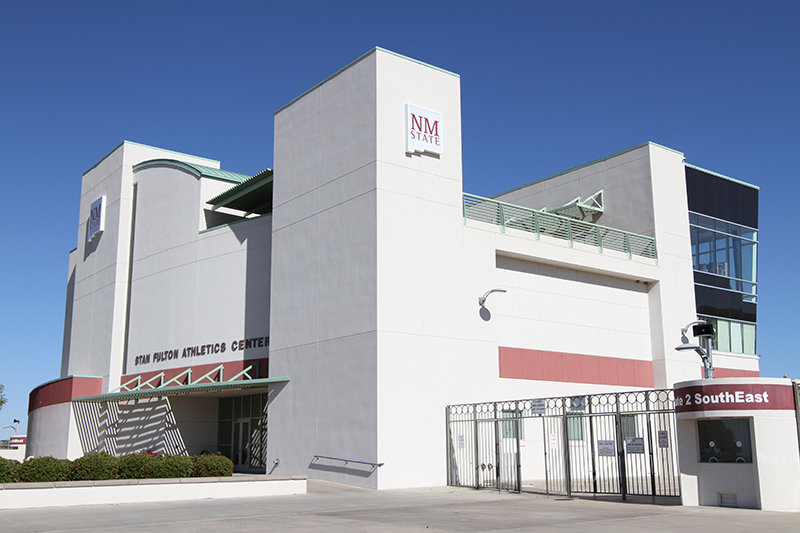 Thursday afternoon the NCAA released the most up-to-date version its Graduation Success Rate (GSR) data and NM State posted a mark of 86-percent. Not only does that signify NM State's fourth-consecutive year with a GSR at 80 or higher, it represents the best GSR by the institution since the NCAA began releasing the information in 2005.

The report issued by the NCAA included a four-year average of freshmen who began taking collegiate classes at the NCAA Division I level from 2011 through 2014 and completed the necessary coursework to collect their bachelor's degrees within a six-year period.

NM State's 86-percent GSR was the second-best among all current WAC institutions in that same time period. Only Seattle U's mark of 93 bettered the Aggies' figure.

The Aggies' collective 86-percent GSR is a far cry from their mark of 57-percent back in 2005. Since the initial GSR release in 2005, NM State's GSR has either risen or increased rise in all but one of those years.

Measured as a four-year metric, the GSR is for the most recent four graduating classes of all Division I student-athletes. The NCAA's Graduation Success Rate includes transfer students and student-athletes who leave in good academic standing, unlike the federal graduation rate, which does not account for transfers. The GSR and federal rate calculations measure graduation over six years from first-time college enrollment.

The federal graduation rate, while less inclusive than the GSR, provides the only measure of historic academic comparison between student-athletes and the general student body. By this standard, student-athletes consistently outperform nearly all their peers in the student body. Since 1990, the NCAA has annually released graduation rate information on its member institutions from data collected by the U.S. Department of Education. In 2005, the NCAA Division I Committee on Academic Performance implemented the initial release of the GSR data.

For complete coverage of NM State athletics throughout the 2021-22 academic year and beyond, visit NMStateSports.com - the official home of Aggie athletics - and follow the Aggies on Facebook (NM State Aggies), Twitter (@NMStateAggies) and Instagram (@NMStateAggies).