NMSU footballers, soccer team each on a roll 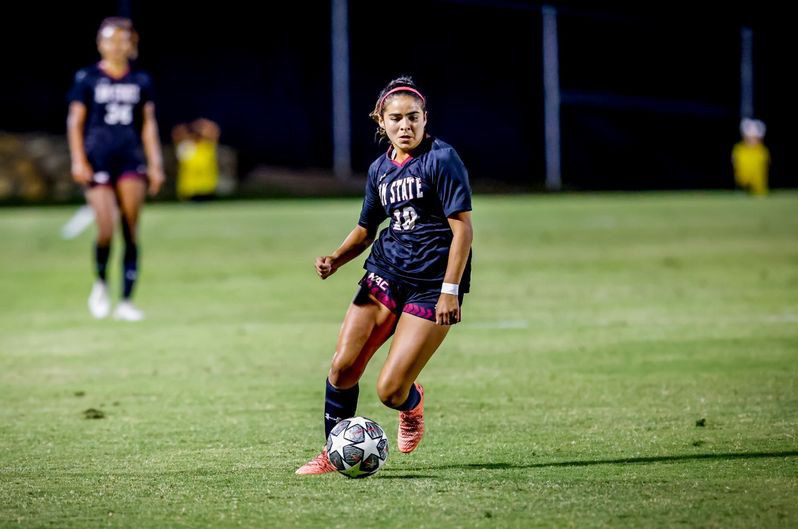 The Aggie women’s soccer team finished the regular season with three straight victories, earning a No. 3 seed in the post-season tournament.
NMSU PHOTOS 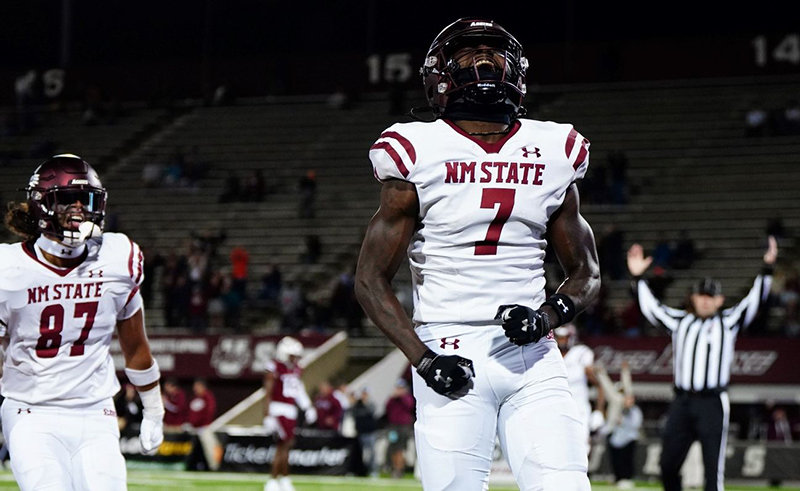 Soccer: The Aggie women’s soccer team won a pair of games on the road last week giving them a 10-4-3 record overall, and 7-2-2 in the Western Athletic Conference, good enough for a No. 3 seed in the conference tournament taking place this week in Seattle.

The Aggies faced No. 6 seed California Baptist in the first round of the tournament, in a 5 p.m. Wednesday, Nov. 2, game that started after the Bulletin went to press.

If the Aggies defeated Cal Baptist in the first round of the tournament, they would face the WAC’s No. 2 tournament seed, Seattle U, who earned a first-round bye. NMSU and Seattle tied 1-1 when they met Sept. 18 in Las Cruces.

Football: NMSU improved its record to 3-5 with a 23-13 victory over UMass Oct. 29 in Amherst, Massachussetts. The Aggies made two comebacks in the game. In the first half, they tied the game 10-10 after trailing 10-0, and after UMass made a field goal to end the first half and go up 13-10, NMSU held the Minutemen scoreless in the second half.

NMSU scored 13 points in the second half to bring the final score to 23-13.

The Aggies do not play Nov. 5, but will host Lamar for the final home game of the season with a noon kickoff Saturday, Nov. 12.

Aggie quarterback Diego Pavia replaced starter Gavin Frakes in the second quarter, and threw two touchdown passes, one to running back Jamoni Jones for 39 yards, and one in the fourth quarter to wideout Terrell Warner for 27 yards. Kicker Ethan Albertson rounded out the scoring with three field goals and two extra points.

After the Lamar game, the Aggies close out the season on the road with games at Missouri, Nov. 19, and Liberty in Lynchburg, Virginia, Nov. 26.

As of presstime, the Aggies had not found a replacement game for the Oct. 22 home game against San Jose State that was canceled due to a death of one of the SJSU players.

Volleyball: The Aggies lost a 3-0 match Oct. 29 on the road against Stephen F. Austin, dropping their overall record to 12-10 and 4-6 in Western Athletic Conference play. They hit the road for games against Utah Valley (Nov. 3) and Seattle U (Nov. 5) before returning for their final two home games of the regular season: Thursday, Nov. 10, against Tarleton and Saturday, Nov. 12, vs. Abilene Christian.