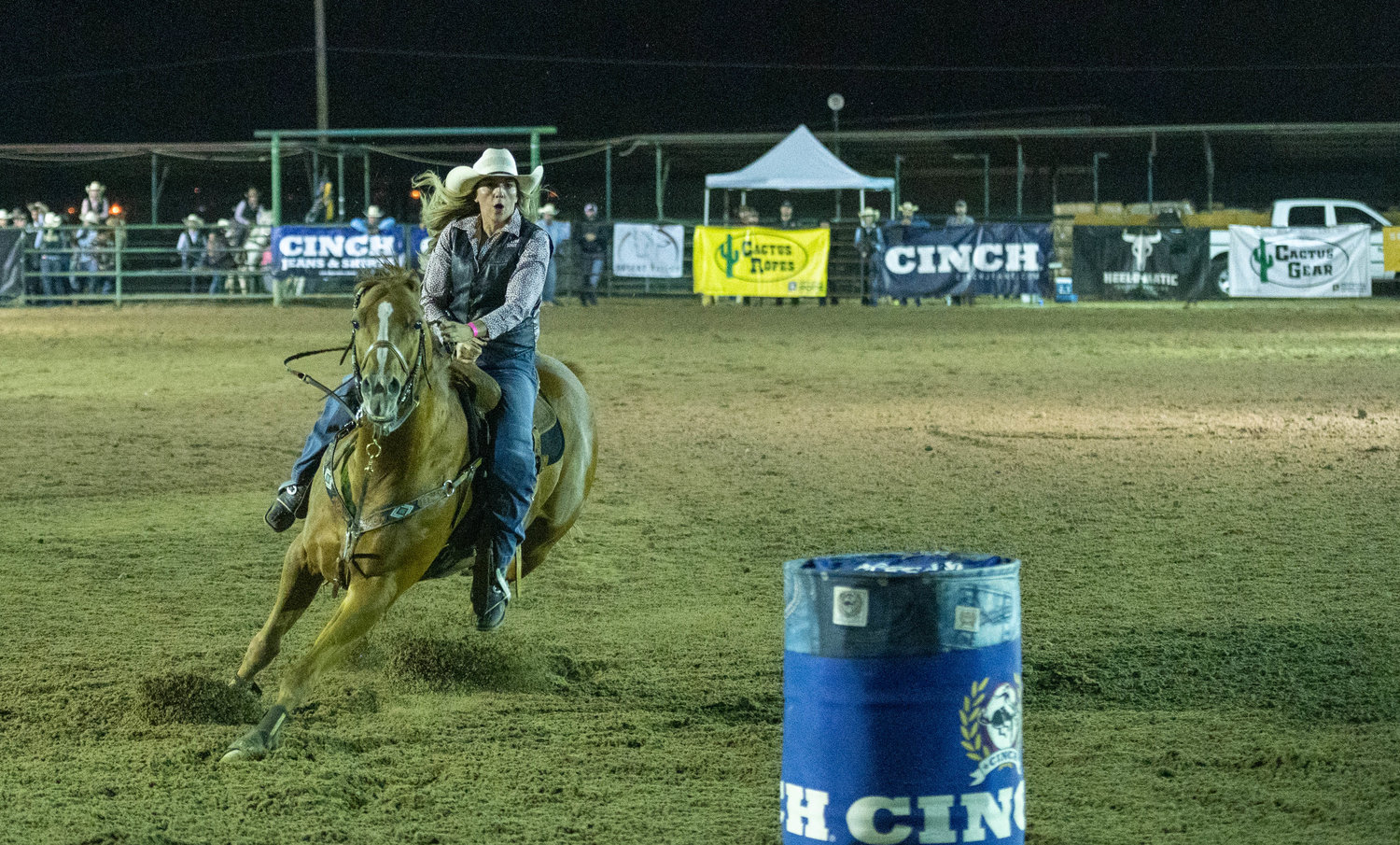 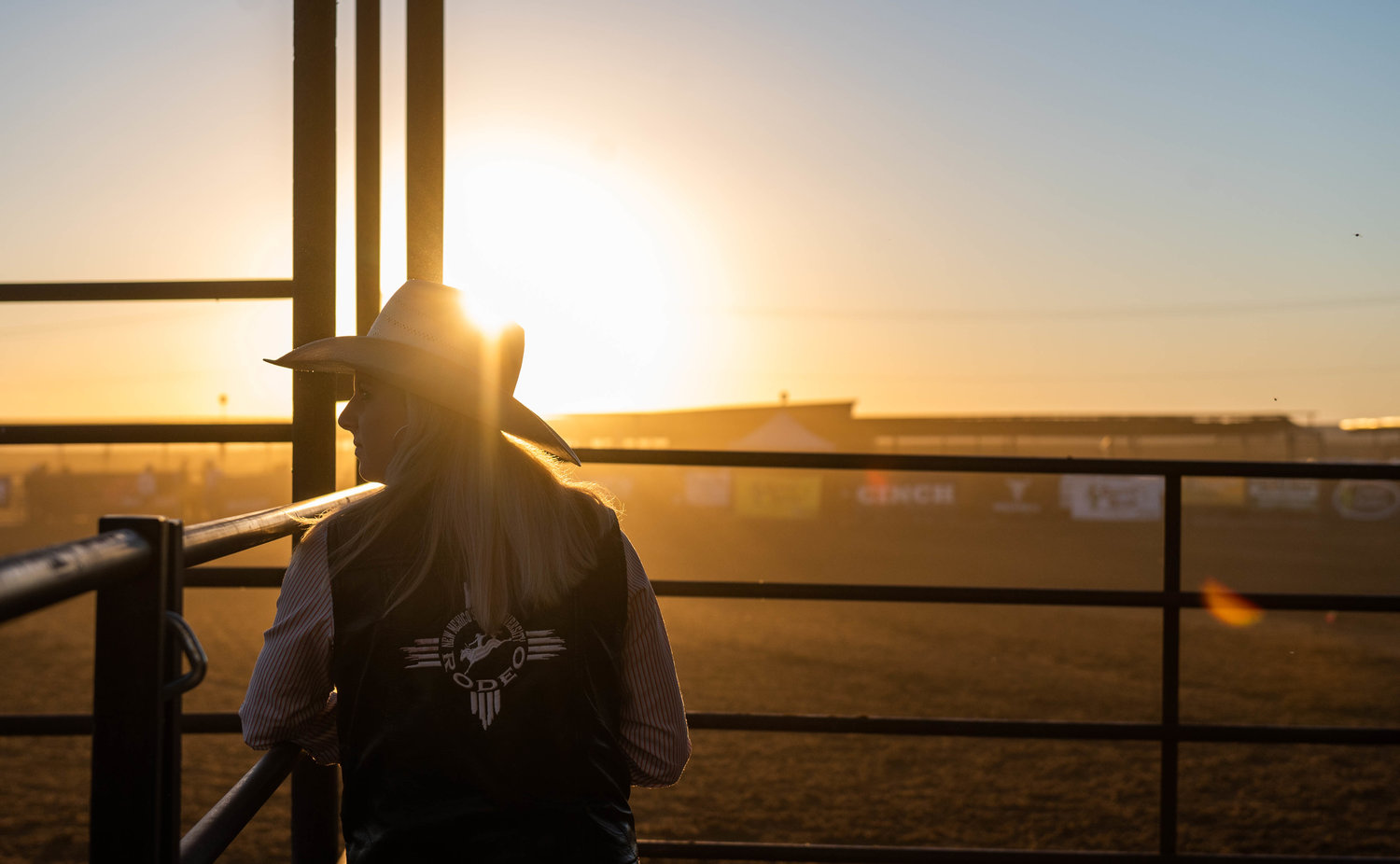 That’s what the winner of New Mexico State University’s first rodeo received, as reported in archived issues of The Round Up.

The College-Ranch Hands’ Rodeo, as it was known, was popular at NMSU. A group of Aggies formed the New Mexico Aggie Rodeo Association, according to the 1942 NMSU yearbook.

This year, the unit now known as the NMSU rodeo team celebrates its 80th anniversary.

You don’t have to look hard to find that supportive spirit across generations of NMSU rodeo.

Chris Allison, who rodeoed at NMSU in the 1970s and later served in the NMSU Cooperative Extension Service as a faculty member, built a practice arena on his property a few miles south of the Las Cruces campus.

“I always swore, since we didn’t have much when I was a student, that if I was ever in a position to provide students a place to come and practice and keep horses and livestock and get free advice, that’s what I’d do,” Allison said. “My wife and I always enjoy having the students out here.”

You can trace a line in the dirt from today’s team to the 1942 team through Frank DuBois, namesake of the scholarship and bronze award that goes to rodeo athletes at NMSU.

As an NMSU student, DuBois roped calves and bulldogged steers, though he wasn’t on the rodeo team because, he said, he “didn’t have enough money and wasn’t good enough.”

Years later, DuBois was in a leadership role at the New Mexico Department of Agriculture and a team roper. Eventually, though, multiple sclerosis forced him to stop competing.

Once he came to terms with his diagnosis, DuBois found a new way to show his love of rodeo and started pushing to get more resources for NMSU’s rodeo team, which receives some state money and fundraises on its own. The team was one of the 13 original members of the National Intercollegiate Rodeo Association.

It was also in 2002 that DuBois and others honored the five surviving members of the original 1942 team. Giles Lee, the last surviving member, who died recently, was a friend of DuBois.

Brown, who now runs the World’s Oldest Rodeo in Prescott, Arizona, and serves as the NIRA’s commissioner, relished his time at NMSU.

“What I miss is the kids,” he said. “They were my students, but now they are part of my family.”

One of those family members, Baggarley, now occupies Brown’s boots at NMSU.

Baggarley rodeoed at NMSU and later was an assistant coach under Brown. He and his wife, Nicole, a professional breakaway roper, met on the NMSU team.

(Logan Corbett was the NMSU rodeo coach 2015-20. He left the program to return to the pro rodeo circuit.)

When the opportunity arose in 2020, Baggarley applied for the head coaching position, a career change that garnered his family’s support. Sadly, Baggarley’s father passed away unexpectedly before he got to see his son leading NMSU, which had been a dream of both of theirs.