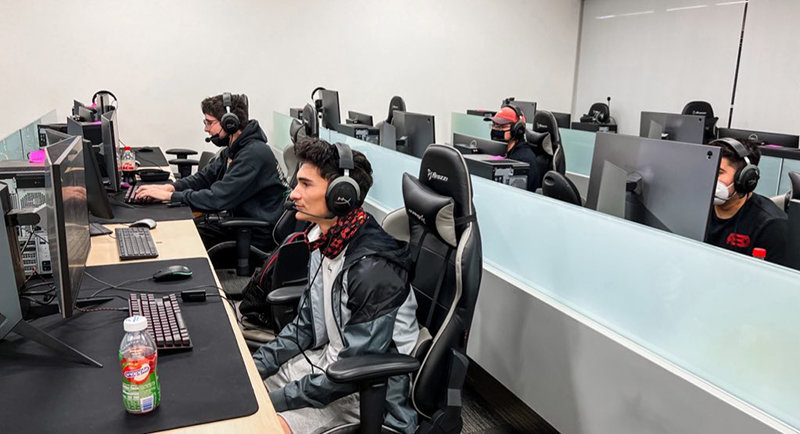 New Mexico State University will host the first NM State Esports Invitational Saturday, March 5 and Sunday, March 6 at the Hardman and Jacobs Undergraduate Learning Center. The event will be open to academic institutions of all levels, high school and college, from across the Southwest. Teams will compete in popular games including League of Legends, Rocket League and Super Smash Bros. Ultimate.  “My team and I are incredibly excited to host New Mexico State University’s first and largest esports tournament,” said Ryan May, director of NM State Esports. “We know we’re on the right track when high school students can’t stop talking about the event. Thank you to all of our supporters and the City of Las Cruces for making this event a possibility.”The tournament check-in begins at 9 a.m. Saturday, March 5. From 10:15 a.m. to 8:15 p.m. teams will partake in the group stage, campus tours and compete in their favorite games.  From 9:15 a.m. to 12:15 p.m., Sunday, March 6, teams will compete in the semifinals. Final matches and award ceremonies will be held from 1:30 to 5 p.m.  There will be a competition room as well as a spectators room at the event. In addition to the in-person event, the tournament also will be streamed on the NM State Esports Twitch Channel. For more information on NM State Esports, visit https://esports.nmsu.edu or join their discord at https://discord.com/invite/VUJMJFu to chat with other players.