No. 2 Centennial survives scare in opening round softball

Organ Mountain, Centennial win openers in best of 3 round in 5A baseball 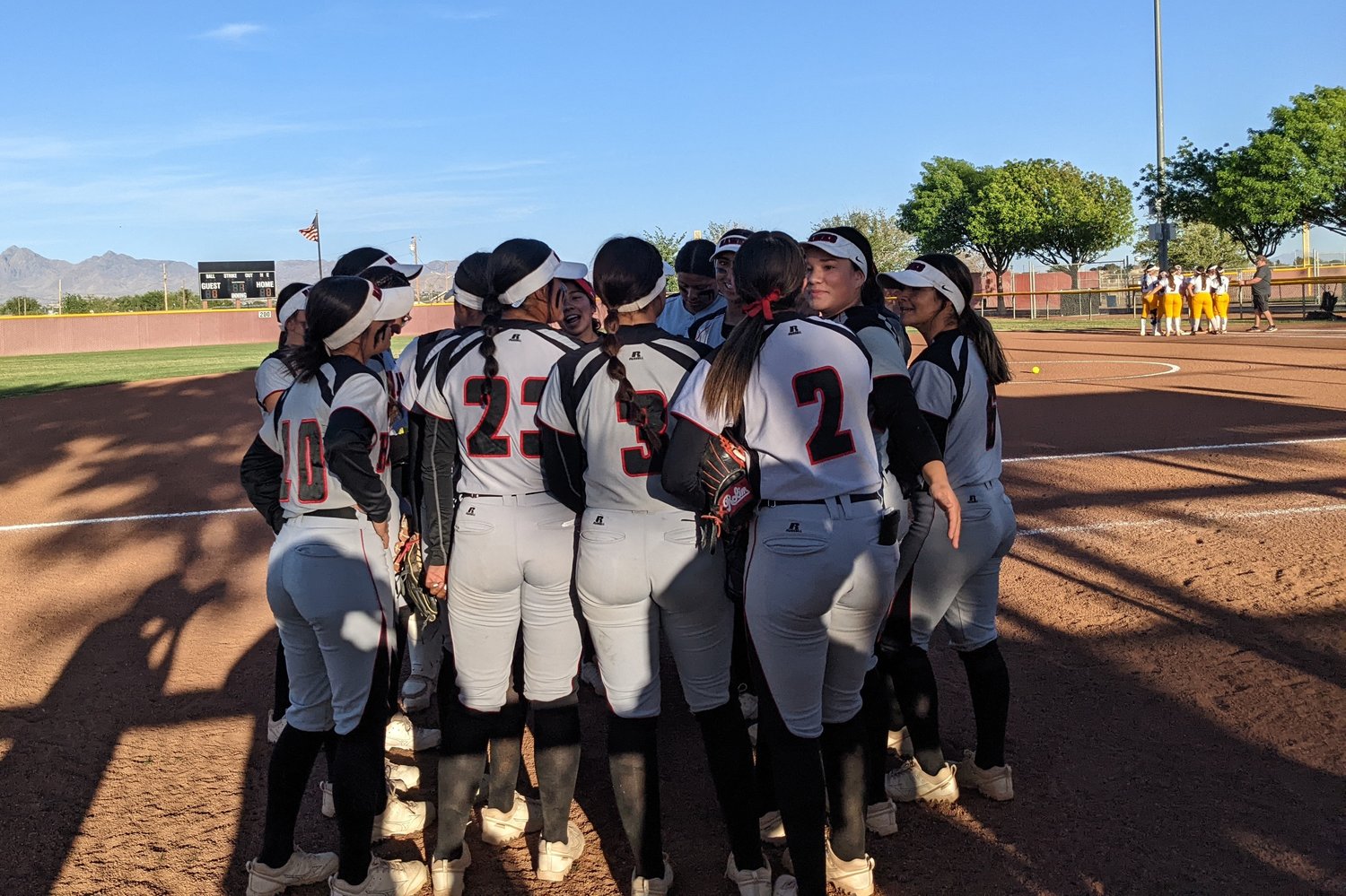 Centennial High softball huddles before their opening round game against Cibola Friday, May 6, at the Field of Dreams.
Bulletin photo by Dave Burge

The Centennial High softball team listens to the national anthem before taking the field against Cibola High int he opening round of the state playoffs Friday, May 6. 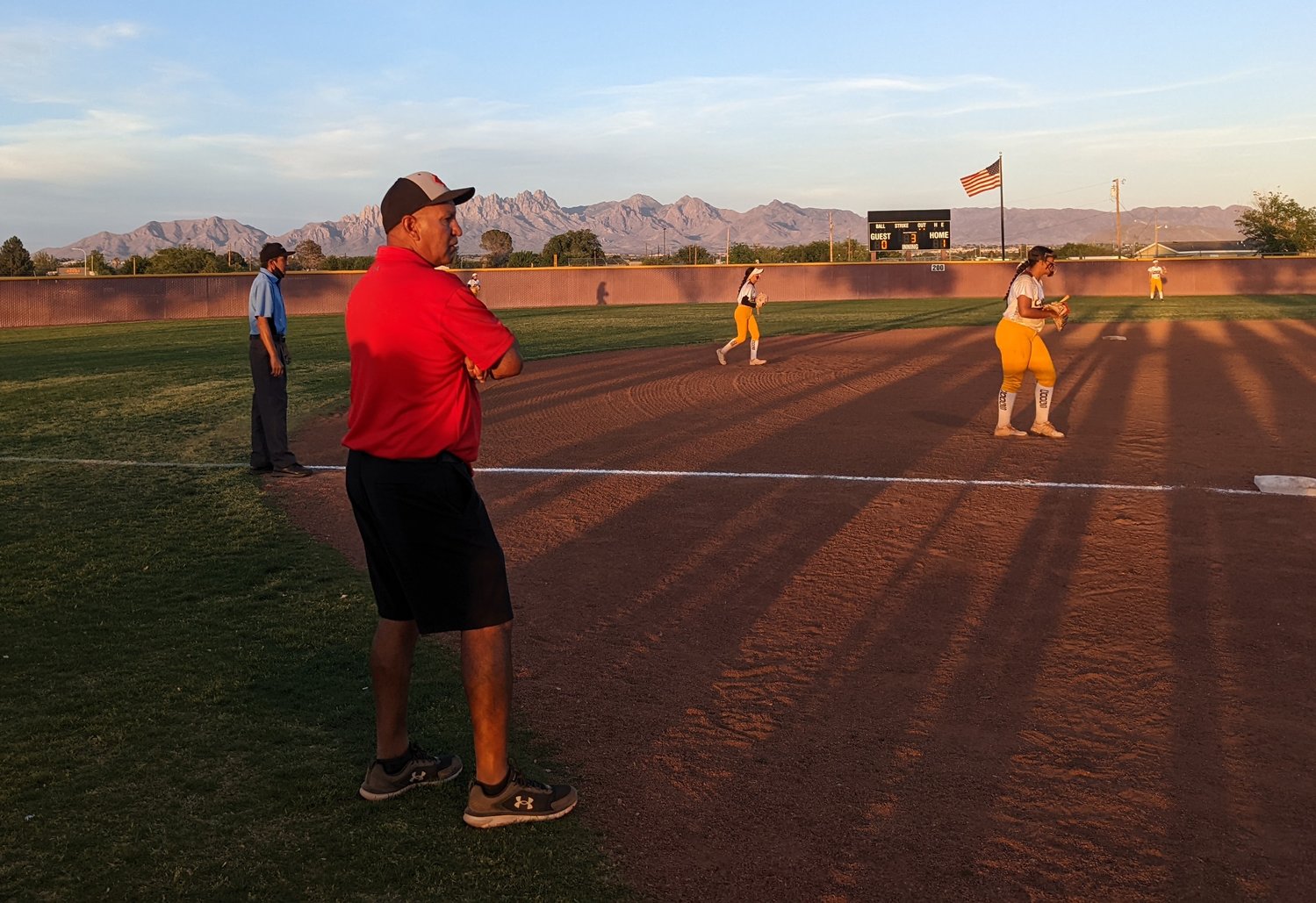 The Centennial High School softball team is seeded No. 2 in the state 5A playoffs, but the Hawks found themselves in a tussle Friday night in their opening round game against No. 15 Cibola at the Field of Dreams.

“I told the girls cause they are young, that seeding don’t mean anything,” said Centennial coach Fernie Valles. “The 15th seed don’t mean nothing; they (Cibola) are a really good team.”

Valles said Barela let a tough night at the plate affect her in the circle.

“I could care less if she goes O for 4 as long as she throws good,” Valles said.

The Centennial comeback was fueled sophomore third baseman Kayla Hernandez and junior shortstop Gianna Villegas, who both had RBI singles in the bottom half of the fifth to give Centennial the lead.

Centennial will next play No. 7 Hobbs at 11 a.m. Thursday, May 12, at Cleveland High in Rio Rancho. After the opening round was single elimination, the tournament  will be become double elimination the rest of the way.

In 5A baseball, No. 4 Organ Mountain beat No. 13 Los Lunas 7-3 at the Field of Dreams. The opening round in baseball is best two out of three and then the tournament becomes single elimination.