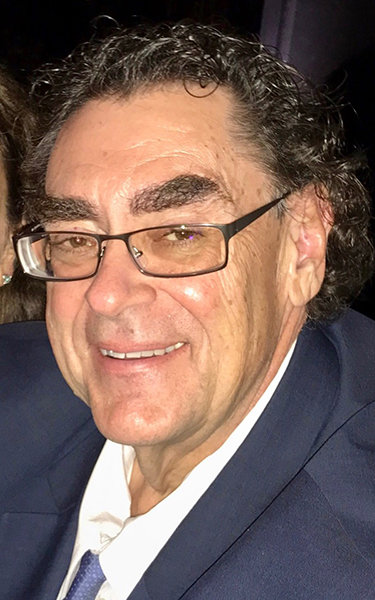 On the night of Wednesday, Aug. 25, 2021, Norman Eugene Todd, of Las Cruces, passed from this world at the age of 64, with his family by his side. On Dec. 26th, 1956, Norman was born to Anna Howard (née Gray) & Wesley Eugene Todd in Deming, New Mexico. Being the baby of the family, he always adored his older siblings, Sally & Stephen. His fondest childhood memories always involved getting together with the Cook family across the street and his best friend, Mike. After high school, Norman moved to Albuquerque and enrolled at the University of New Mexico, supporting himself with a variety of jobs – as a factory worker, garbage collector, or night-shift receptionist at the old De Anza Motor Lodge. In 1977, he graduated with a B.A. in political science and speech communications after only three years of study & continued his education to earn a J.D. from the UNM School of Law in 1980. Norman lived in Santa Fe for a year or so before he decided to move to Las Cruces, where he worked as an attorney for the next two decades & ultimately met the love of his life, Georgette Malooly. They wed May 21, 1989 and soon had two baby boys, Chris & Bobby.

After practicing law, Norman became an instructor at New Mexico State University and managed residential and commercial properties he owned in Las Cruces, but he also made time to serve the community however he could. Over the years, Norman volunteered at hundreds of fundraising events to benefit local schools, organizations and charities. A member of the Kiwanis Club and Kiwanis Community Foundation, he spent many mornings manning the grill at pancake breakfasts and was especially proud of the youth skateboarding competition he organized to benefit local libraries. In turn, Norman donated to numerous nonprofit organizations, particularly those devoted to animal welfare and environmental conservation. Throughout the boys’ upbringing, he was involved in multitudes of parent teacher organizations, school councils, Las Cruces Public School District committees and school board campaigns. He was also a true-blue Democrat – Norman became active in the Democratic Party during his college years and served as a party official at state and county levels, including as the Doña Ana County chair from 1985-86. He often joked that “Jesus didn’t ride into Jerusalem on an elephant” and always got a kick out of the donkey-themed gifts he received.

Norman loved the Sundays he spent attending service at St. Andrew’s Episcopal Church, doing The New York Times crossword puzzle, eating lunch with his family and watching football with his sons. He read widely and voraciously throughout his life, reading up to four books a week, but was especially fond of mystery novels, military histories and political biographies. Above all, Norman was the most loving son, brother, husband, father and friend anyone could ever want.

Norman was preceded in death by his mother, Anna Gray Todd; his father, Wesley Eugene Todd; and his brother, Stephen Allan Todd. He is survived by his wife and the love of his life, Georgette Malooly; his sons, Christopher and Robert; his sister, Sarah (Sally) and husband, Scott Hewitt; and his many nieces & nephews.