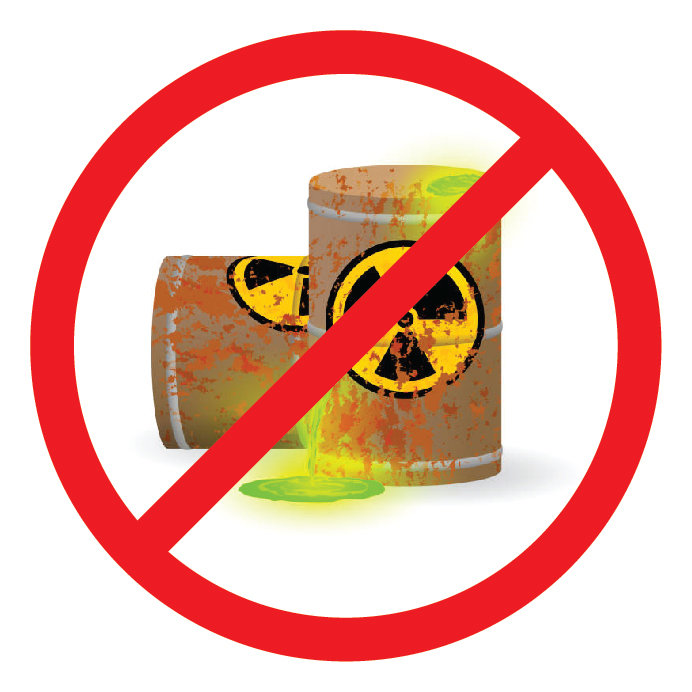 A recent poll shows a majority of New Mexico voters do not want a private company to bring spent nuclear fuel from the nation’s nuclear power plants to be stored in New Mexico, according to a Jan. 10 news release from the Southwest Research and Information Center (SRIC), Southwest Alliance for a Safe Future, Demand Nuclear Abolition and state Sen. Jeff Steinborn, D-Doña Ana.

In the poll, voters statewide were asked if they supported or opposed Holtec International, a private energy-industry company based in Jupiter, Florida, importing up to 173,600 metric tons of high-level nuclear waste to southeast New Mexico for temporary storage lasting up to 40 years. In the poll, 60 percent of the 1,015 voters surveyed said they opposed the project, 30 percent supported it and 10 percent were undecided, the news release said.

The poll was conducted Dec. 7-14, 2022, by Change Research, a San Francisco-based polling firm, with a margin of error of 3.5 percent. The poll question was paid for by SRIC, an Albuquerque-based organization founded in 1971 to inform the public about “energy development and resource exploitation” in New Mexico and the Southwest, according to the SRIC website. It was part of a larger survey commissioned by the Center for Civic Policy and the Center for Civic Action, both Albuquerque-based nonprofits.

“This poll confirms that New Mexicans are overwhelmingly opposed to the shipping and storing of 10,000 canisters of highly radioactive waste into our state,” said Steinborn, chair of the New Mexico Legislature’s interim Radioactive and Hazardous Materials Committee. “From the very beginning this has been a dangerous plan pushed on New Mexico, with real risks for all of our communities, and no end in sight. It's time for this project to be canceled, and be replaced by the federal government committing to a true consent based siting process for the permanent storage of this waste,” Steinborn said.

The federal Nuclear Regulatory Commission is expected to issue a license for Holtec to construct and operate an interim storage facility as soon as February, the news release said.

“The federal government stated in its environmental impact statement that there would be up to 13 rail accidents for the 10,000 shipments of waste to New Mexico, with shipments coming in through all parts of the state and ending up on the final rail spur through Clovis, Portales, Roswell and Carlsbad,” the news release said.

“Although proponents of the Holtec project such as the Eddy Lea Energy Alliance (ELEA) have claimed residents in southeast New Mexico support bringing high level radioactive waste to the area, poll results revealed that a majority – 56 percent – of New Mexico voters residing in the southeast part of the state also oppose the project,” the news release said.

The poll also showed opposition was bipartisan, with majorities of Republicans, Independents and Democrats all opposing the planned facility, including voters in all parts of the state.

“Holtec International and its partner, ELEA, have launched the licensing of an autonomous consolidated interim storage facility (CISF) in Southeastern New Mexico on land owned by ELEA,” Holtec said on its website. “The facility, named HI-STORE CISF, will provide a significant step on the path to the Federal Government’s long standing obligation for disposition of used nuclear fuel by providing a safe, secure, temporary, retrievable, and centralized facility for storage of used nuclear fuel and high-level radioactive waste until such time that a permanent solution is available.”

The precise poll question was: “A private company plans to import all of the country's high level

longer. Experts predict that up to 13 accidents will occur during the 10,000 rail shipments.

Supporters say the storage casks are safe and that jobs would be created. Opponents say that

accidents will occur, exposing people and the environment to dangerous radioactive waste. Do

you support or oppose this project coming to New Mexico?”

waste in New Mexico until a federal repository is in operation. A similar bill was signed by Texas

Grisham has indicated if such a bill reaches her desk she would sign it.